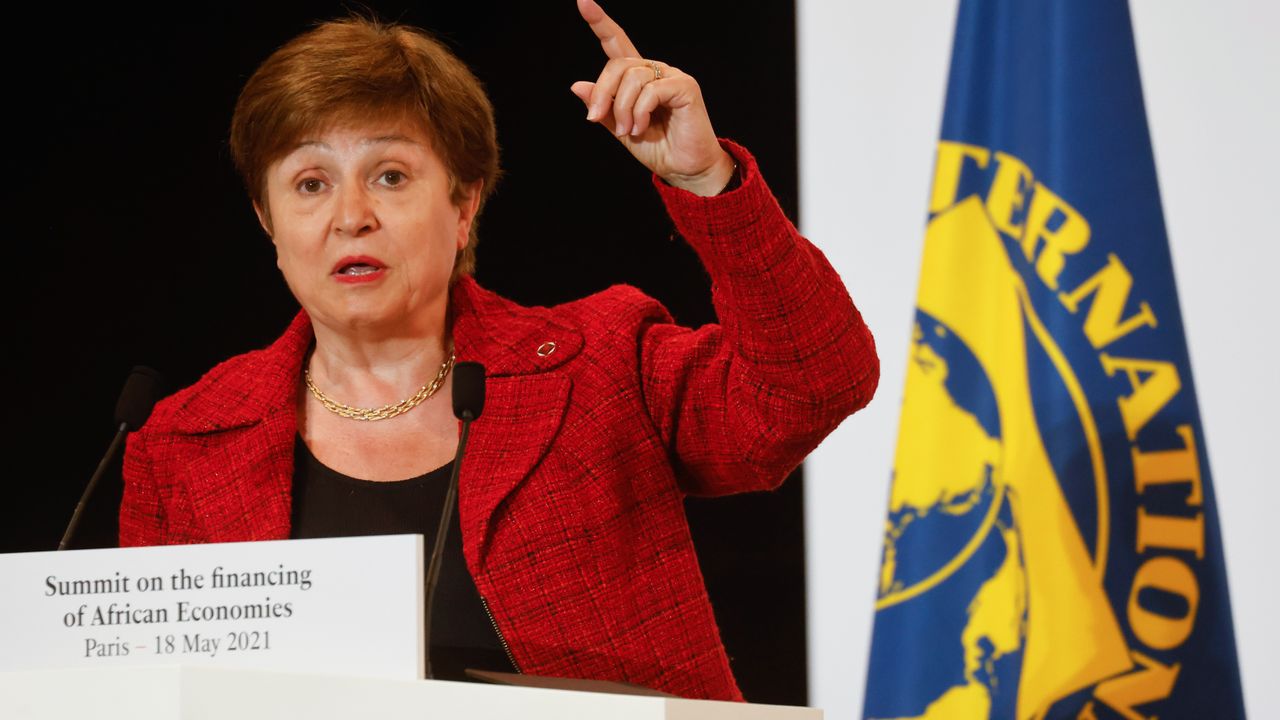 The International Monetary Fund has significantly cut its global growth forecast and made clear it supports a lift in central bank interest rates to clamp down on wage demands sparked by rampant inflation.

It will push for austerity “restructuring” measures to deal with rising sovereign debt levels in poorer countries.

In its World Economic Outlook report issued yesterday, the IMF said global growth for this year would be 3.6 percent, down 0.8 percentage points from its estimate in January and 1.3 percentage points lower than the forecast six months ago. For 2021, it said growth would come in at 6.1 percent.

These figures, however, only partially depict a picture of a rapidly worsening economic outlook amid continuing supply chain constrictions due to the COVID-19 pandemic and surging inflation, exacerbated by the war in Ukraine and tighter monetary policy, as central banks lift interest rates.

The growth forecast assumed the conflict remained confined to Ukraine, that further sanctions on Russia continued to exempt the energy sector and “the pandemic’s health and economic impacts abate over the course of 2022.” Each of these assumptions is, to say the least, highly problematic.

In a simulation exercise, it calculated that an immediate oil and gas embargo against Russia would further lift inflation and hit the European economy. In Germany, economic institutions have estimated it would destroy 400,000 jobs and reduce output by 2.2 percentage points. For Europe as a whole, the IMF calculated the total output loss would be 3 percent.

Even if its optimistic assumptions are realized, the IMF said that “with a few exceptions, employment and output growth will remain typically below pre-pandemic trends through 2026.”

“The economic effects of the war are spreading far and wide—like seismic waves that emanate from the epicenter of an earthquake—mainly through commodity markets and financial linkages.”

Even before the war, he noted, inflation had surged in many economies because of soaring commodity prices and pandemic-induced supply-demand imbalances.

He also pointed to the longer-term implications of the war, warning it had increased the risk of a “more permanent fragmentation of the world economy into geopolitical blocks with distinct technology standards, cross-border payments systems, and reserve currencies.”

While he did not make the point, such a fracturing was characteristic of the decade of the 1930s in the lead-up to World War Two.

However, he did note that such a fragmentation represented “a major challenge to the rules-based framework that has governed international and economic relations for the last 70 years.”

For the IMF, as is the case with the major central banks, the key issue regarding inflation is its effect on wage demands and the eruption of broad social struggles, such as those now taking place in Sri Lanka against devastating price hikes.

Gourinchas noted that in advanced economies, including the US and Europe, inflation had become a central concern, running at its highest level in 40 years “in the context of tight labor markets.” There was a rising risk that “inflation expectations become de-anchored.”

The language of the IMF and other financial institutions is always aimed at covering over the class meaning of economic information. “De-anchoring” of inflation expectations refers to a situation in which workers initiate struggles for wage rises to compensate for past losses and the further hits to their living standards in the immediate future.

In emerging and developing economies, he warned, “increases in food and fuel prices could significantly increase the risk of social unrest.”

The response was laid out clearly by Gourinchas.

The effect of such aggression will be to induce recessionary trends in the major economies, while adding to the interest rate and debt burdens of poorer countries that are already cutting health and social services to pay interest to banks, investment houses and the IMF.

The IMF made it clear that highly indebted countries will need to “restructure” their sovereign debt and undertake “consolidation” to meet international payments. The meaning of these words has already been made clear in bitter experiences going back decades. They signify even further cuts in public health, education and other vital social services.

The surge in global interest rates is already well underway, as reflected in sharp movements in US bond markets over recent weeks. Bond prices fell again yesterday, sending interest rates, or yields, higher. [The two have an inverse relationship.]

The yield on those ten-year Treasury bonds indexed to inflation moved into positive territory yesterday for the first time since March 2020, before the effects of the pandemic led to a plunge in financial markets.

The yield on the two-year Treasury bond has gone as high as 2.61 percent, its highest level since January 2019.

Members of the US Federal Reserve’s policy-making body have stepped up the push for higher rates in advance of a speech by Fed chair Jerome Powell on Thursday in which he is expected to further elaborate on the central bank’s monetary policy.

The president of the Chicago branch of the Fed, Charles Evans, has said the base rate could go to 2.5 percent by the end of the year—from its present level of 0.5 percent—and may need to go even higher. One of the most persistent advocates for a higher rate, James Bullard, the president of the St Louis Fed, said a 0.75 percentage rate hike may be warranted at some point this year.

The effect of such increases—all aimed at pushing down on wage demands—will increase recessionary trends in the US and sharply increase mortgages costs for homebuyers, even as workers confront rising prices across a wide range of commodities.

And it will put increased pressure on other central banks in Europe and around the world to follow suit.