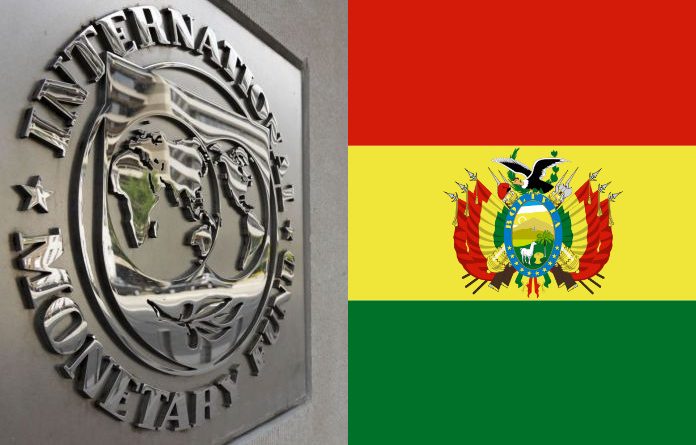 The IMF released a report today on the Bolivian economy in which it recommends adopting drastic neoliberal measures, including; reducing workers’ salaries, cutting public investments, and ending currency controls. These policies have turned Bolivia from one of the poorest countries in the region into it’s fastest-growing economy.

The ‘end-of-year wage bonus’ for workers (in both the public and private sector) refers to a policy introduced under Evo Morales that requires employers to pay their workers a bonus equal to double their monthly wage, but only if annual GDP growth is over 4.5%.

The bulk of public investment is destined for infrastructure, while the majority of subsidies are for ensuring the price of fuel doesn’t rise. Bolivia is the only country in the region to see no rise in fuel prices, a policy that has kept inflation at less than 2%, unlike the rest of South America.

The report even states that fuel prices must rise, and the inflation that would inevitably cause could be offset by cash-transfer programs for the poorest sectors, says the IMF:

“The successful implementation of an increase in domestic fuel prices will require recycling a part of the budget savings in cash transfer programs aimed at the poorest deciles of the population.”

Bolivia’s Economy Minister, Marcelo Montenegro, emphatically rejected the report, stating today; “They prescribe the old recipes from many decades ago where they call for reducing subsidies, lowering public spending, gradually eliminating the end of year bonus for workers. We are not going to accept these recommendations because we are a sovereign country, and we have a sovereign economic policy.”

The policies criticized by the IMF have helped Bolivia reduce poverty by over 50% since Evo Morales took office in 2006. It has also helped keep inflation at the lowest rate in Latin America. Meanwhile, when IMF policies were implemented in the early 2000s, over 60% of the country lived below the poverty line.

In a recent speech in Brazil, Bolivia’s President Luis Arce stated that the country’s impressive growth is due to rejecting IMF recommendations; “We are in better conditions because, since 2006, Bolivia doesn’t have a single agreement with the IMF. In 2020 with the de facto government, they tried to enter into a loan program with the IMF, which we stopped as soon as we entered government, we reversed that IMF loan because believe the best way to make economic policy is to have a sovereign monetary and economic policy without being submitted to any international organism.”