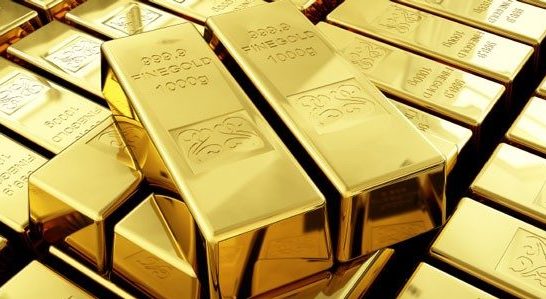 Above Photo: From Shtfplan.com

This article by Markets Insider, linked in the article below, is worth highlighting as it includes reporting on the comments of the International Monetary Fund, BlackRock and the Federal Reserve about the risks of a financial collapse due to the rising corporate debt bubble. The facts that US corporate debt is now nearly $10 trillion, according to data recently cited by The Washington Post and makes up a record of nearly 47% of the overall economy are signs that should not be ignored.

Corporations are creating a falsely valued stock market by record buy-backs of their own stock to raise their value at the same time they are taking on record debt. This is a dangerous contradiction in economic behavior. KZ

The International Monetary Fund has issued a warning that’s largely been brushed aside by mainstream media. Kristalina Georgieva, the head of the IMF, is warning that the global economy risks another “Great Depression.”

What makes things worse, is that the propaganda outlets in the United States are continuing to ignore the red flags of a looming disaster. Mainstream Americans are blissfully unaware that they are unaware of what’s coming in this manipulated economy we are all forced to live under.

RT pointed out that for instance, rudimentary Google searches suggest neither the Financial Times nor the Economist have covered Georgieva’s comments at all. It is very ethically questionable but also understandable, in a cynical sense, given their complete attachment to the doctrine of Neo-liberal economics and centralized banking. The worst part is that once the next Great Depression strikes, the masses won’t put the blame where it belongs, on the ruling class and banking elitists.

The United States is ill-prepared for any kind of economic downturn too, let alone a massive global depression designed to impoverish every single person who isn’t a member of the ruling class.  Yet, Russia seems to be prepared, at least, by comparison. Experts in the Russian capital have been saying for years: a major Western financial crash is both inevitable and reasonably imminent. And it’s going to make the 2008 meltdown look mild by comparison.

The reasons are simple, according to insiders in Russia: western governments have accumulated too much debt over the past decade, and there are a number of concerning bubbles in the system. These include US stocks, German and British property, and the oversized valuations of tech companies, especially startups unlikely to ever return their costs. Throw in aging workforces, wage stagnation, higher living costs, and disruption to traditional industries from IT innovation, and you have all the ingredients needed for a ‘big bang’.

As Russian pundit Kirill Shamiev points out, “in academia people have been quite vocal about [a major recession] since 2016-2017-ish,” and Russia “is in a more favorable position now than it was in 2007/8 [with] less reliance on western markets.”–RT

Russia is preparing for a global depression (and kill any U.S. sanctions at the same time) by stockpiling gold.

Russia Plans To Beat US Sanctions By Stockpiling Gold

Russia’s Most Potent Weapon: Rapidly “Hoarding Gold” As Global Currency War Is Upon Us

And Russia is not the only country to be devesting from the U.S. dollar in favor of gold. The fiat currencies are bound to collapse at some point, and some countries are well prepared for the eventuality. “Nations have expanded gold holdings by about 14% since 2009,” Bloomberg reported last year, naming China and Poland as other big buyers.