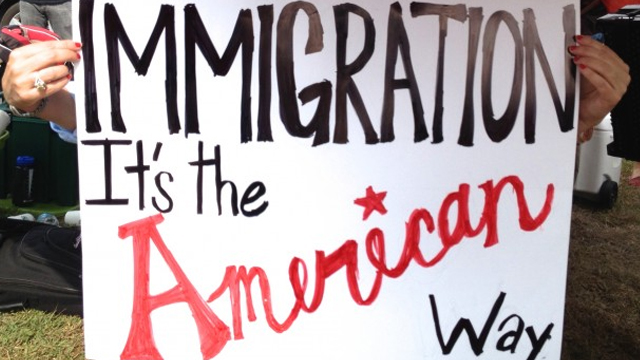 A new report from the National Foundation for American Policy (NFAP) adds to this growing body of research. Specifically, the report finds that immigrants have no negative effect on the unemployment rate or labor force participation rate of native-born Americans.

These outcomes are sometimes lost in the midst of structural changes in the U.S. economy which are brought about by many factors—of which immigration is but one.

For instance, unemployment skyrocketed during the Great Recession of 2007-2009 and bounced back slowly. Meanwhile, labor force participation has been declining for years—a trend that accelerated with the recession and has yet to reverse.

These trends are often analyzed in a vacuum, as if immigration was the only relevant variable affecting complex economic phenomena. But the U.S. economy isn’t that simple.

In addition to quantifying the beneficial impact of immigration on natives, NFAP presents additional reasons why the outcomes of immigration are positive for most American workers.

Immigrants generally do not compete directly with U.S. natives for jobs to begin with, because they work in different sectors of the economy and live in different parts of the country. Even if they do find themselves in the same place and the same industry, they are likely to perform different kinds of tasks. For instance, natives—for whom English is the native language—get more of the “communications-intensive” jobs, while immigrants who are not native speakers of English are more likely to work in jobs that require physical strength or exertion.

It is important to keep in mind that the impact of immigrants on the U.S. economy in general and native-born workers in particular goes far beyond employment and wages. Immigrant-led households across the United States contribute hundreds of billions of dollars in federal, state, and local taxes each year. Residents of immigrant-led households wield nearly a trillion dollars in collective spending power (after-tax income). And millions of immigrant business owners account for one-in-five of all self-employed U.S. residents and generate tens of billions of dollars in business income each year.

Taken as a group, immigrants don’t consume jobs; they generate them.