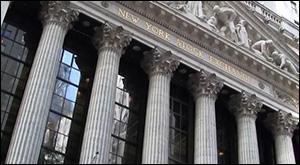 In 2019, Wall Street Banks Will Determine The Future Of America

Inevitably, investors get the kind of Wall Street they demand and deserve. That’s a paraphrase of the French philosopher Joseph de Maistre’s view on an engaged or unengaged citizenry: “Every nation gets the government it deserves.”

As groggy Americans arise this morning to face the reality that their holiday escapism is over and it’s back to the grind of work and daily doses of White House tyranny and dysfunction, at 8:00 a.m. Dow futures were pointing to an approximate 300 point drop at the open of trading in New York following the worst December for stocks since the Great Depression.

In short, Americans have gotten both the stock market and the government they deserve for failing to meaningfully reform both following the epic 2008 financial crash which pointed so clearly to unprecedented corruption on Wall Street and within the corridors of power in Washington.

Americans’ failure to demand real reform of what Senator Bernie Sanders has correctly called a business model of fraud on Wall Street means that those same behemoth Wall Street banks that crashed the financial system in 2008 are even more dangerous today. For its part, the Trump administration has become a willing enabler to Wall Street’s financial hubris by putting its former lawyer, Jay Clayton, in charge of the Securities and Exchange Commission and a former foreclosure king, Steven Mnuchin, in charge of the U.S. Treasury and the Financial Stability Oversight Council.

Wall Street banks have now grown so massive and interconnected that they are in a position to determine the very future of this nation. The big banks’ share prices are signaling that the day of reckoning is coming in 2019.

The poster child for the 2008 Wall Street corruption, Citigroup, whose ongoing rap sheetwould have sent a mere mortal for a long meditation behind bars, closed out the year with a share price decline of 30 percent from where it started the year.

Goldman Sachs, mired deep in criminal charges in Malaysia over the 1MDB scandal, managed to top even Citigroup in share price losses this year, closing out 2018 with a staggering decline of 35 percent.

None of these losses can hold a candle to the year that Germany’s largest bank, Deutsche Bank, just had. Deutsche Bank opened the year at $19.27 and closed out the year at $8.15 for a whopping loss of 58 percent. We bring up Deutsche Bank because it is heavily interconnected to the big five Wall Street banks according to a 2016 report from the International Monetary Fund.

The bank losses have to be put in further perspective: they would have been a lot bigger were it not for the Fed’s hubris in allowing the banks to engage in massive buybacks of their own stock. See The Fed Gives Wall Street Banks Okay to Prop Up their Stock Prices.

Kiplinger reported on November 9 that Citigroup has repurchased $38 billion of its own stock in buybacks over the past five years while JPMorgan Chase’s buybacks have totaled $45.5 billion during the same period. The other big banks have also gorged on multi-billion-dollar stock buybacks.

Adding to the stench, each of these banks run their own Dark Pool where the out-to-lunch SEC allows them to trade shares of their own bank stock as well as that of their peer banks which are counterparties to their dark derivative trades. See Wall Street Banks Are Trading in Their Own Company’s Stock: How Is This Legal?

When the unabridged history of this financial era is finally written from an honest perspective, it will show that America’s financial future was undone by Wall Street overlords who contrived the mechanisms to grow obscenely rich by holding the reins to the White House and preventing real reform – regardless of which political party was in power.