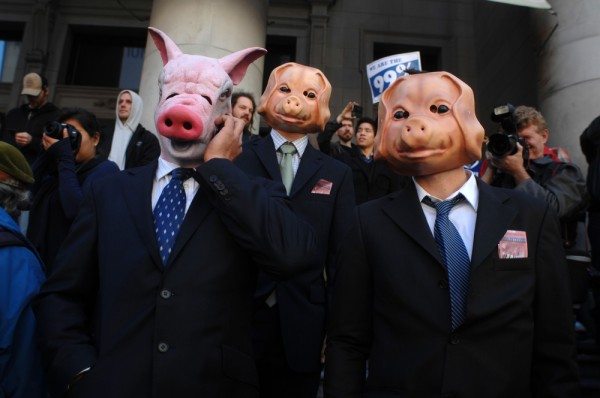 US inequality problem continues to be the worst in the industrialized world.

A new report, published by the Economic Policy Institute (EPI) this week, shows that while wages for American workers have essentially remained stagnant for decades, CEO pay has soared at an “outrageous” clip.

A study by the Pew Research Center (PRC) in 2014 found that economic analyses show a “lack of meaningful wage growth.” Looking at five decades worth of government wage data, PRC showed that wages have been flat or even falling since the 1970s, regardless of changes in the economy and job markets.

“After adjusting for inflation, today’s average hourly wage has just about the same purchasing power as it did in 1979, following a long slide in the 1980s and early 1990s and bumpy, inconsistent growth since then. In fact, in real terms the average wage peaked more than 40 years ago: The $4.03-an-hour rate recorded in January 1973 has the same purchasing power as $22.41 would today.”

Now EPI’s Lawrence Mishel and Jessica Schieder have found that between the years of 1978 and 2016, CEO pay rose 937 percent. Over that same period, worker compensation grew by a measly 11.2 percent.

The CEOs of America’s largest firms made an average of $15.6 million, 271 times the annual average pay of a typical American worker.

According to the report, “The average CEO in a large firm now earns 5.33 times the annual earnings of the average very-high-wage earner (earner in the top 0.1 percent).”

America’s inequality problem continues to be the worst in the industrialized world.

Mishel believes that the inequality between CEO pay and worker pay is “a major driver of inequality” and “Simply put, money that goes to the executive class is money that does not go to other people. Rising executive pay is not connected to overall growth in the economic pie. We could curtail the explosive growth in CEO pay without doing any harm to the economy.”

The EPI’s report includes several policies that could start putting money back into the pockets of workers, including “higher marginal income tax rates at the very top” and higher taxes for companies with high CEO-to-worker pay ratios.

But we are faced with an administration that wants to make this situation even worse. According to a recent analysis, Trump’s proposed tax plan would provide more massive cuts for the rich while hiking taxes for the middle class.

NationofChange is a nonprofit organization, and this website is funded by readers like you. Please support our work. Donate or give monthly.