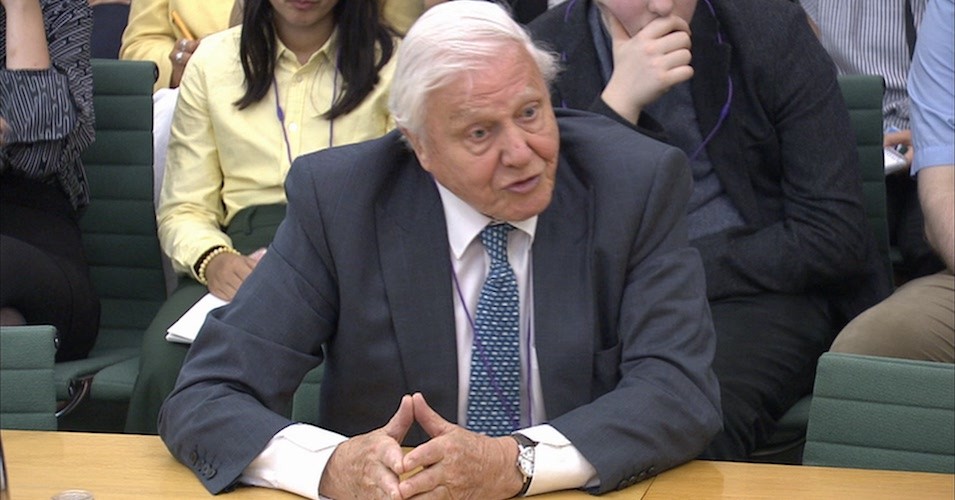 The comments came during testimony to Parliament

In testimony to British lawmakers Tuesday, famed scientist and environmental advocate Sir David Attenborough said that humanity “cannot be radical enough” in working to stop the ravages of the climate crisis from destroying the planet.

Attenborough made the comment during his remarks to Parliament’s business, energy and industrial strategy committee. When Attenborough was asked his opinion on a goal of reducing British greenhouse gas emissions to net zero by 2050, he told Tory MP Patrick McLoughlin that the nation should not limit itself to that goal but rather to the furthest-reaching standard possible.

Commentators in Britain welcomed the comments.

“David Attenborough joined the critically endangered list this morning,” said The Independent‘s Tom Peck. “A human being, in the Palace of Westminster, telling the honest truth.”

Labour MP Rachel Reeves said it was an honor to talk to the renowned scientist.

“No one has done more to show the impact of man-made climate change on our planet,” said Reeves.

Citing the political activism focused on environmental issues of the global youth movement that’s behind weekly global climate strikes and increased pressure on politicians, Attenborough said that he was hopeful for the next generation of leaders.

“The most encouraging thing that I see, of course, is that the electors of tomorrow are already making themselves and their voices very, very clear,” said Attenborough. “And that is a source of great comfort in a way, but also the justification, the reality, that these young people are recognizing that their world is the future.”

Attenborough added that the leaders of today may be looked upon as moral monsters in the future—and maybe not that far into the future.

“There was a time in the 19th century when it was perfectly acceptable for civilized human beings to think that it was morally acceptable to actually own another human being for a slave,” said Attenborough. “And, somehow or other, in the space of 20 or 30 years, the public perception of that totally transformed.”