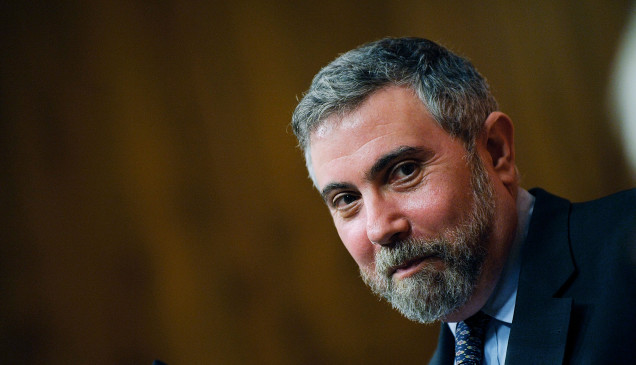 In late February, the City University of New York announced that it had tapped Princeton economist and New York Times blogger Paul Krugman for a distinguished professorship at CUNY’s Graduate Center and its Luxembourg Income Study Center, a research arm devoted to studying income patterns and their effect on inequality.

About that. According to a formal offer letter obtained under New York’s Freedom of Information Law, CUNY intends to pay Krugman $225,000, or $25,000 per month (over two semesters), to “play a modest role in our public events” and “contribute to the build-up” of a new “inequality initiative.” It is not clear, and neither CUNY nor Krugman was able to explain, what “contribute to the build-up” entails.

It’s certainly not teaching. “You will not be expected to teach or supervise students,” the letter informs Professor Krugman, who replies: “I admit that I had to read it several times to be clear … it’s remarkably generous.” (After his first year, Krugman will be required to host a single seminar.)

CUNY, which is publicly funded, pays adjunct professors approximately $3,000 per course. The annual salaries of tenured (but undistinguished) professors, meanwhile, top out at $116,364, according to the most recent salary schedule negotiated by the university system’s faculty union. And those professors are expected to teach and publish. Even David Petraeus, whom CUNYinitially offered $150,000, conducted a weekly 3-hour seminar.

Along with the offer letter, CUNY released dozens of emails between Krugman and university officials. “Perhaps I’m being premature or forward,” the Graduate Center’s President, Chase Robinson, tells Krugman in one of them, “but I wanted you to have no doubt that we can provide not just a platform for public interventions and a stimulating academic community­—especially, as you will know, because of our investments in the study of inequality—but also a relatively comfortable perch.”

Krugman did not respond to requests for comment. When contacted, a CUNY spokesperson told Gawker, “We’ll get back to you by early next week.”