On Oct. 15, the Portland Police Bureau held a press conference to announce a new ordinance that would expand police power to limit protest activity. The proposal comes after two years of catastrophic attacks poised as political theater, including mass melees downtown that left people in the hospital, white nationalist contingents taking the streets and an acolyte murdering two people on public transportation when interrupted in the middle of an Islamophobic attack. Every time Patriot Prayer, the Trumpian far-right group who allies with white nationalists, takes to the streets, the entire city revolts.

On Aug. 30, Patriot Prayer returned to Portland after a rally a month earlier where attendees brutally assaulted counter-protesters. In response, over a thousand protesters — organized by Rose City Antifa and the Pop Mob coalition — came out to oppose them. The police presence was turned on the counter-protesters when their use of crowd-dispersal weapons seriously injured several demonstrators. The Tom McCall Waterfront Park, a long strip of grass banked up against the Willamette River that runs through the center of the city, was cordoned off for Patriot Prayer. To get access to the park Patriot Prayer had to formally accept a weapons ban, which was instituted after they called for attendees to open carry.

While they complied, the Portland police just released the fact that a Patriot Prayer contingent was found on the roof of an adjacent building with a stockpile of firearms and ready snipers. This information was revealed in a press conference called by the bureau after a weekend of violence from the Proud Boys, with attacks happening in New York City and during a “flash mob” style action from Patriot Prayer in Portland. Video shows Patriot Prayer attendees beating people with clubs and stomping on protesters subdued on the ground, yet no arrests were made.

Portland was nicknamed “little Beirut” by George H.W. Bush because of the flurry of protests in the city, which started in the 1980s and has continued ever since. The new ordinance gives the commissioner in charge of the Police Bureau the ability to issue regulations if certain conditions take place, such as if two opposing groups plan to demonstrate simultaneously or if they believe “there is a substantial likelihood of violence at the planned demonstrations based on the conduct of the group or information gathered in advance of the event.” This would give the police the ability to intervene on the time frame, direction and space protesters could occupy — all of which are based on subjective concerns.

While this order comes directly after an act of violence by the Proud Boys — attacks that the Portland police have been accused of not taking seriously in the past — many believe the decision will negatively affect left-wing demonstrations more than the right wing. At any given competing protest between Patriot Prayer and the larger community, the opposition usually takes the form of a mass action: marches, space occupation and activity that can disrupt the general goings-on of the city. That is the nature of concerted political action — it creates a disruption, and that is the point. Opposition protesters from the community dramatically outnumber the far-right clique of outsiders, which is what makes these actions successful.

If the new police measure is intended to protect those victimized by Patriot Prayer, then it misses the mark of exactly how and why harm takes place in the community. Those targeted by the far-right for violence are often targeted because of their marginalization: race, immigration status, gender identity, political orientation, etc. These are the same demographics most often facing police violence, which begs the question about whether freeing up riot police to further intervene in protest is really going to offer protection. It is unlikely that any community group involved in countering the far-right will see the most aggressive policing as a win. 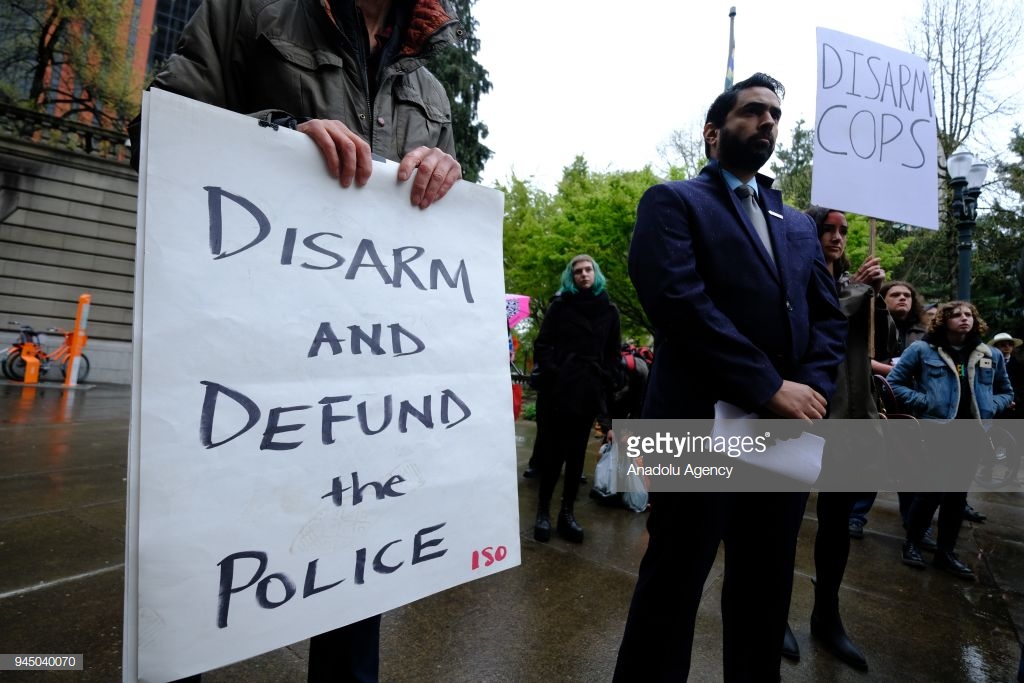 The protest that Patriot Prayer was responding to in the first place was the killing of 27-year-old Patrick K. Kimmons, a black man killed by Portland police in a confrontation on Sept. 30. If safety is a priority, then enhancing community measures to address the housing crisis, police accountability, and holding Patriot Prayer and the Proud Boys to account for their violence would be a start. Until the recent arrests of Proud Boys in New York, the violence of the gang has rarely been prosecuted. The police have a history of taking a hands-off approach towards them until counter-protesters get involved. And while police cite this ordinance as a solution to the very real violence taking place in the streets, it does nothing to address the fact that the violence is one-sided and coming from visitors who publicly prepare for attacks.

Likewise, as police in major cities continue to ramp up enforcement measures they are hardly seeing net safer communities. Instead many neighborhoods are grieving from police killings traced back to aggressive policing protocols and historic racial bias in the force.

The money spent on Portland’s recent efforts to dramatically increase their number of officers would have a far greater impact on the security and well-being of residents if it was used to establish dependable social programs to undo the dramatic gentrification that has made the city unlivable for most people. Making the city genuinely safe would require working to roll back inequality and end institutionalized oppression.

While Portland’s new ordinance was introduced by an ostensibly liberal mayor of one of the most progressive cities in the country, it is just the latest effort to stifle growing protests in Trump’s America. States like Oklahoma have passed bills to stop protest encampments that could interfere with energy pipeline constructions, specifically eyeing the movement against the Dakota Access Pipeline. Since November 2016, the federal government and 31 states have introduced bills to restrict protest activities. Right now 15 of those bills have become law, and while many will likely be challenged in courts, those decisions will be made while the lives of arrested protesters hang in the balance.

Rep. Daniel Donaldson of New York introduced the most notorious of these bills — H.R. 6054, or the Unmasking Antifa Act of 2018 — which carries on the fantasy that antifascist organizations are terrorizing conservatives. The bill would increase penalties against protesters using direct action tactics while wearing a mask, which has already been made illegal in existing legislation.

While this new ordinance is problematic on its face, it is reflective of a larger problem of liberal political regulation in an attempt at preserving safety. In this case, there is every reason to believe that increased control by the police will give them another reason to push back on anti-racist demonstrators, increasing the potential for violence that many marginalized groups experience from militarized police.

The ordinance appears to be a response to critiques of Mayor Ted Wheeler’s inaction in the face of Proud Boy violence, but it is hardly what most community members seem to want. This type of increased policing — that often unites both Democrats and Republicans — is part of a nationwide trend. Instead of looking to combat-ready police to solve the problem of public disruption, the community itself has the capacity to create structures of safety and support by focusing on solidarity and confronting the foundational issues that are causing the violence in the first place.