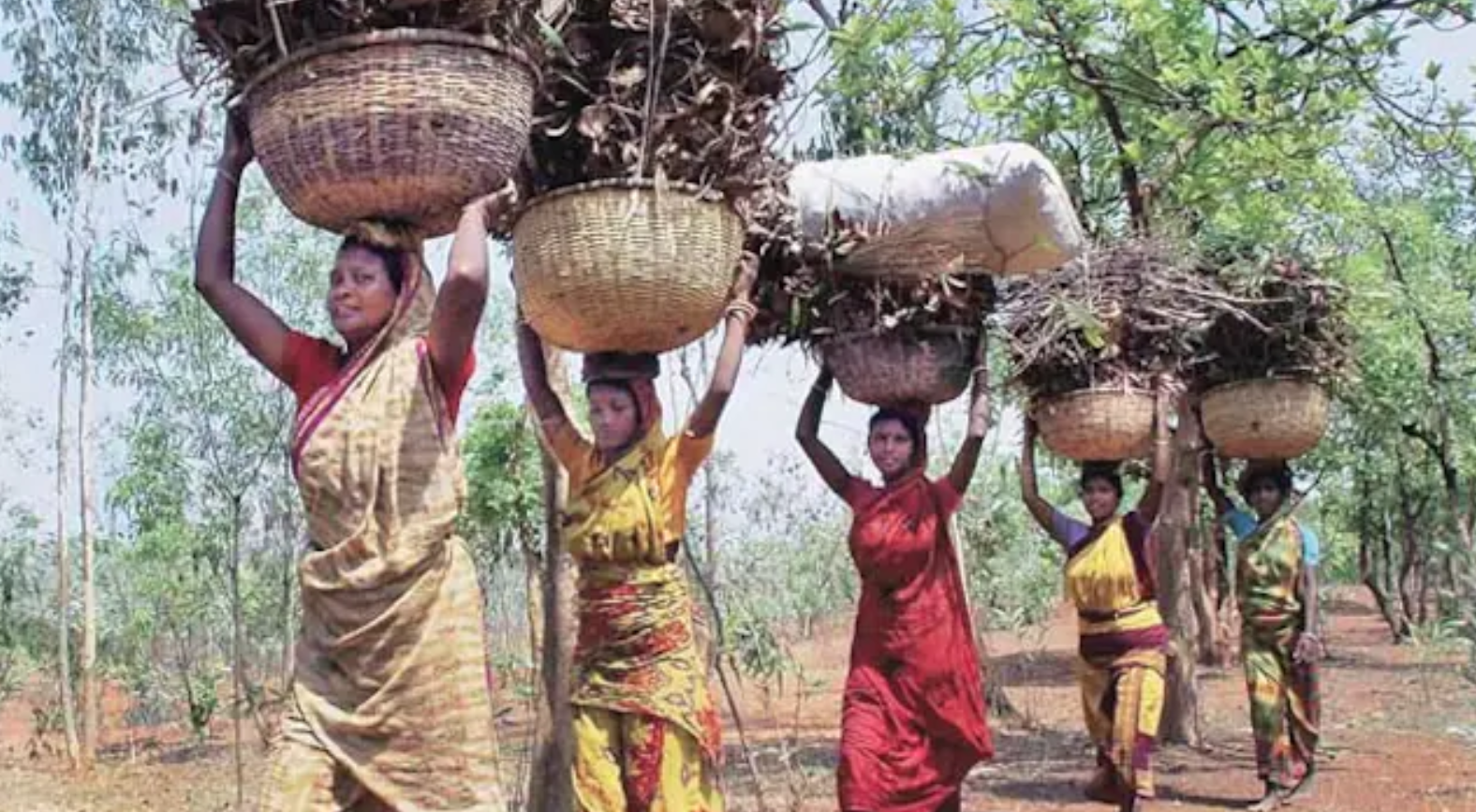 India: How Tribal People Are Losing Their Land Rights

How will you feel if someone promises to remove an injustice you have suffered for years, but in the end leaves you suffering even more than before?

Something similar appears to be happening to tribal communities in India in the context of the Forest Rights Act 2006. They were promised by the government that the historic injustice caused to them in the context of arbitrary classification of some of their land as forest land during colonial times will be corrected now. To realize this they were asked to file claims for the land cultivated by them but whose legal ownership was stated to be that of the forest department, hence leading to frequent harassment and eviction attempts.

After a decade of such attempts the picture that emerged was that that several hundred thousand tribal households may face eviction from a big part of the land earlier cultivated by them!

Take the example of a tribal community that was cultivating 100 hectares of such land earlier. This meant that they had to face occasional harassment and extortions, but nevertheless could cultivate this land and harvest its produce, ensuring some level of food security to them.

If they were relatively well connected, they submitted claims for 80 hectares of this land. The remaining 20 hectares got neglected because the tribal families cultivating them were too poor and marginalized to even participate in the process of filing claims. Out of the 80 acres for which claims were filed, half were accepted and half were rejected. Hence the claims for only about 40 acres were accepted. This means that the case for the eviction of those cultivating the remaining 60 acres has become much stronger in the eyes of the authorities, as unlike the somewhat hazy, unclear legal situation that existed earlier, now the legal processes are deemed to have been completed by the authorities and the verdict given.

In fact the number of tribal households who lost out was even higher than this at a practical level. A typical tribal household cultivating 4 acres of land in a remote rocky area with hardly any irrigation support worth the name was just surviving on the margin. If this family filed claims for these four acres and only claims for two acres were accepted, then this family would be left with so less land that it would not be able to survive on this basis. So sooner rather than later, it would have to give up also on the small plot it still possessed.

On top of it, a number of organizations which are guided by a highly distorted version of conservation have been exerting pressure on the authorities and trying to get court decisions for speeding up the eviction of those tribal people and forest-dwelling communities whose claims have been rejected. Such eviction frequently has the support of several corporate interests too.

Hence it is that a law which promised to correct historical injustice to tribal communities has been pushed towards a different path which can result in massive land alienation among them. In fact the possibility of eviction of several hundred thousand people has been talked about for several months now.

This, moreover, is only the latest episode in the rather long history of many-sided land alienation and injustice inflicted on tribal communities. In one tribal habitation one after another, as outsiders and particularly moneylenders and traders moved in, within a few years a significant share of tribal land would be lost to them.

The government then had some sincere officials too who sometimes tried to remedy this and to also make up for this by land distribution efforts. However they had to concede that in the given power reality, their efforts were not succeeding much.

In a paper titled Review of Land Reforms During 1950-95, a senior official Sukumar Dass wrote, “…Land legislation to protect the tribal people has failed to achieve its basic objective. In fact more than 50% of the total land allotted by the government has already been alienated. The state governments taken together have so far allotted 0.47 million hectares of vested land to 0.42 million tribal households whereas 0.31 million hectares of tribal land has been alienated from 0.24 million households of India.”

The development strategy chosen placed emphasis on projects which caused heavy displacement of tribal communities in particular. In most cases there were no provisions for alternative land, and where such provision existed, this was often not implemented in a satisfactory way, resulting in several hundred thousand tribal households becoming landless.

In several mineral rich areas, for example in Chattisgarh, the emphasis in recent years has been on eviction and resettlement of tribal communities under one pretext or the other so that the mineral wealth can be exploited by big business  interests on a vast scale. This has involved much violence and repression against tribal communities in the recent past in Chattisgarh in particular but also in other tribal belts like Jharkhand. To speed up the land grab of tribal communities, protective provisions contained in the constitution as well as in several specific laws have been rudely brushed aside, including those contained in PESA law which empowered gram sabhas in scheduled areas. The arrest and death of Fr. Stan Swamy has to be seen in this wider context, as also the imprisonment and injustices suffered by several others.

The land alienation and injustice suffered by tribal communities should be seen in this wider context, and not just in the context of the actual fate of the Forest Rights Act. In fact the debate on several forms of land alienation suffered by tribal communities has receded in recent years as most of the attention was focused on the Forest Rights Act as though this was the entire issue concerning the land rights of tribal communities. The issue of tribal land rights is in fact much bigger and should be taken forward in this wider context.

Bharat Dogra is Honorary Convener, Campaign to Save Earth Now. His recent books include A Day in 2071, Planet in Peril and Man over Machine.