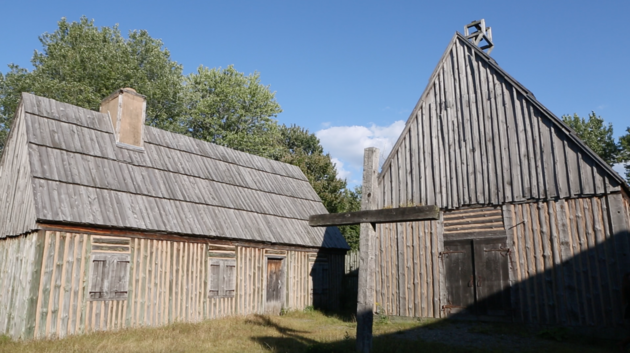 The Doctrine of Discovery, a tool of imperialism and colonialism which allowed taking indigenous land 500 years ago, still underpins Indian law in the U.S.

Ahead of Pope Francis’ arrival in Philadelphia, indigenous leaders from across the Americas — from the Haudenosaunee Confederacy in upstate New York to the Qom Nation in Argentina and many places in between — have gathered in the city to urge the pontiff to rescind the Doctrine of Discovery, a series of papal bulls from the 15th century that justified European colonization of newly “discovered” lands. One particular papal bull, issued by Pope Nicholas V in 1455, authorized Christian nations “to invade, search out, capture, vanquish, and subdue all … enemies of Christ,” take their land and “reduce their persons to perpetual slavery.”

The doctrine played a central role in centuries of colonization the world over and resulted in immense loss of land and life by indigenous peoples across the Americas.

“While our people were planting corn, they were planting flags,” Oren Lyons, faithkeeper of the Onondaga Nation, said in an interview with The Huffington Post.

“The Doctrine of Discovery, from my point of view, from a religious point of view, is the justification for Christians taking the lands of non-Christian people,” said Phil Arnold, a professor of religion at Syracuse University.

Long used as a religious backing by colonial powers, the doctrine became the centerpiece of property and Indian law in the United States following the 1823 Supreme Court case Johnson v. M’intosh, Arnold explained. In that case, Justice John Marshall used the doctrine to support the majority opinion of the court, which found that Indians had a right to occupy, but could not own, the ancestral homelands where their people had lived, loved, worshipped, married, mourned and died for millennia.

“Since that time, the Doctrine of Discovery has basically been the mechanism by which Native people are denied access to their own lands and denied their own rights to be in their own lands,” Arnold said.

The doctrine has had a significant influence on Indian law and set a precedent that resonates even in modern decisions. Justice Ruth Bader Ginsburg — widely considered the most liberal justice on the Supreme Court — even cited cases based upon the doctrine as recently as 2005 to deny a land claim brought before the court by the Oneida Nation.

For many native leaders today, the doctrine is a fundamental impediment to the realization of indigenous rights to lands, resources and sovereignty. As they gather in Philadelphia for ceremonies and protests, indigenous leaders are hopeful that Pope Francis, who has established himself as a voice for social justice and equality, will listen.

Indeed, Francis has made multiple attempts during his papacy to atone for wrongs committed by the Church against indigenous peoples.

During his visit to Ecuador in July, Francis apologized for the “grave sins” committed “against the native peoples of America in the name of God.” And he voiced his support for indigenous rights during his speech to Congress Thursday, stating, “Tragically, the rights of those who were here long before us were not always respected. For those peoples and their nations, from the heart of American democracy, I wish to reaffirm my highest esteem and appreciation.”

But now, some indigenous leaders are insisting that words of solidarity and support are not enough. They are asking the pope to take actions to rescind and repudiate the Doctrine of Discovery, which would be a step towards implementing the Pope’s statements and apologies to indigenous peoples.

They have pointed out that many other Christian denominations and organizations have already done so, including the Episcopal Church, the United Methodist Church, the Unitarian Universalists, the World Council of Churches, the Christian Church (Disciples of Christ) and the New York Yearly Meeting of the Religious Society of Friends — just to name a few.

The Vatican has yet to publicly address the doctrine, and while it is unlikely that Pope Francis will do so, indigenous leaders are still pushing for what they believe is right.

“It would relieve a great deal of suffering,” Lyons said.

“The pope repudiating the Doctrine of Discovery might have the effect of pulling the rug out from these legal frameworks that are all built on top of that religious or theological perspective,” Arnold said. “And then there might be a future for further conversations — in churches or in a variety of parishes — that might spark a conversation about what justice would mean for indigenous peoples around the world.”