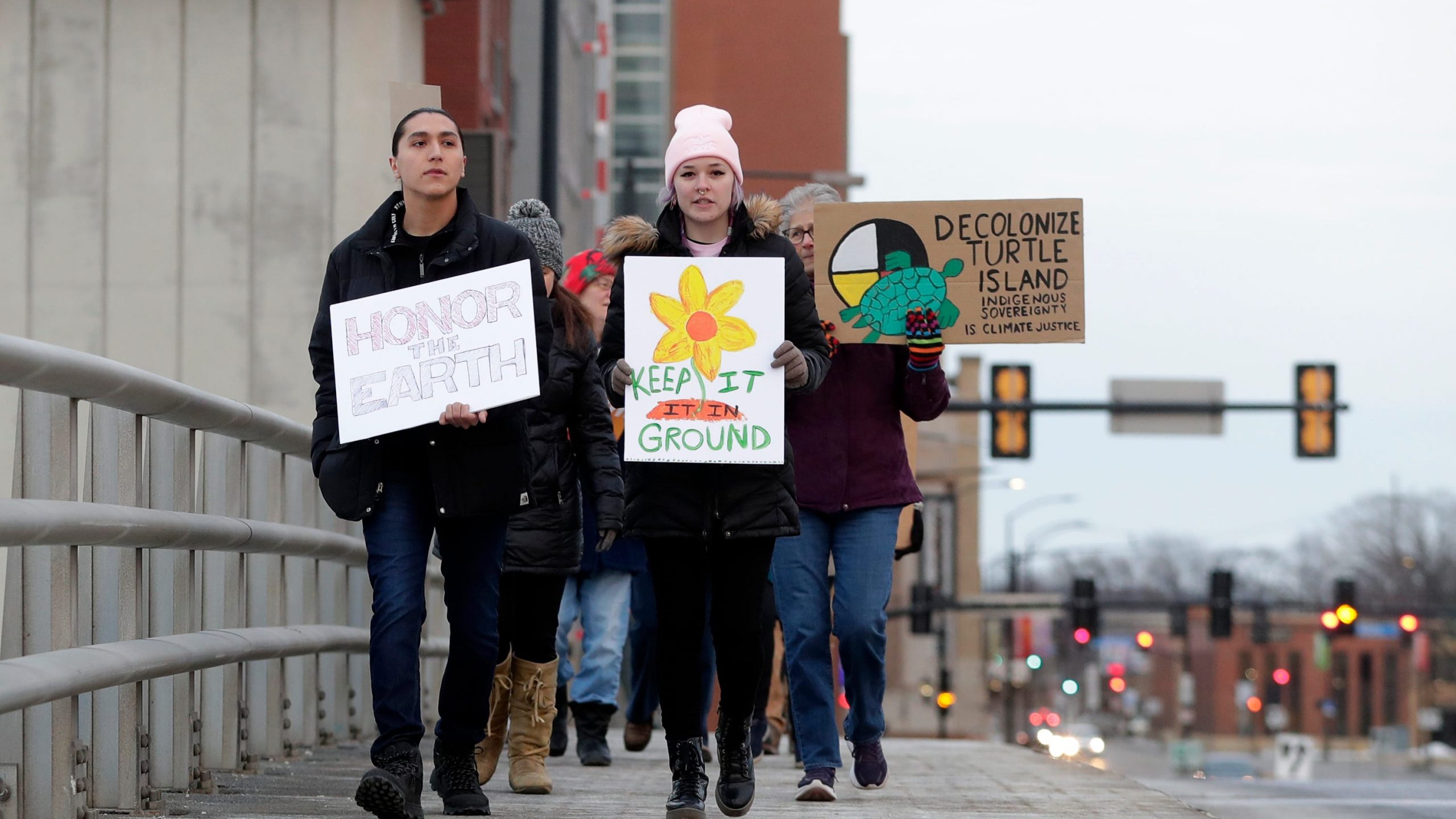 Canada-based Enbridge Energy is rerouting the Line 5 pipeline around the Bad River Ojibwe Reservation at the request of the tribe.

About 12 miles of active pipeline pass through the reservation, but as easements have started to expire the tribe filed a lawsuit in 2019 to have the pipeline removed.

The company is planning a new 41.2-mile section around the reservation, but tribal officials and activists are calling for greater scrutiny of the project arguing that construction and operation threatens rare plants and animals in the area.

Friday’s Indigenous-led demonstration was one of 16 across the state organized by the The Environmental Justice Task Force of Joshua.

Peche, a citizen of the Oneida Nation, said it was the first of eight weekly demonstrations leading up to Earth Day on April 22.

“These smaller scale events were inspired by (teen environmental activist) Greta Thunberg who started protesting on her own every Friday,” Peche said.

Overall, the 645-mile long Line 5 pipeline transports 545,000 barrels a day of light crude oil and natural gas liquids from eastern Canada through Wisconsin and Michigan and has been in operation since 1953.