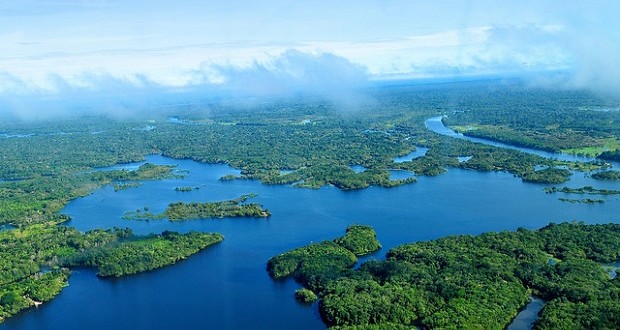 These 700 square miles of land – known as Sawre Muybu – are now legally recognized as the traditional territory of the Munduruku and protected under the Brazilian constitution, which grants indigenous people the right to free, prior, and informed consent before the government can use their land.

The Munduruku have been fighting for this right since 1975, standing up to a government more interested in questionably “green” energy and expansion than in protecting indigenous communities. In 2013, FUNAI actually conducted research confirming the status of Sawre Muybu as Munduruku territory, but failed to publish it due to government pressure. In response the Munduruku began the process of “auto-demarcating” their land, setting up signs and trenches to mark off their territory. They organized meetings, wrote letters, built alliances and staged occupations. Over the years they refined their strategy and took lessons from the fight against the Belo Monte mega-dam, which also wiped out species and displaced thousands of indigenous people.

Women played an important role in this struggle, as they often do in movements for land rights and against resource extraction. In 2015, Maria Leusa Kaba traveled to Paris for the 2015 United Nations Climate Change Conference to receive the UN Equator Prize for the Munduruku’s campaign to self-demarcate their land.

“We the Munduruku people are going in the reverse direction the Europeans went 500 years ago, to tell the world that we will resist until the last man the construction of hydroelectric dams on the Tapajós River,” Kaba said in the below short film about her experience.

This comes as Brazil is in political crisis and has begun the process of impeaching its president. The win to stop the damming of the Tapajós could be short-lived if the conservative, business-friendly politicians leading the impeachment process gain power and roll back land rights.

But the Munduruku have promised that they will never stop fighting for Sawre Muybu and today, I salute their hard-won victory.