Above Photo: From Unicorn Riot

idwest, USA – Unicorn Riot obtained over 100 hours of infrared (IR) video footage taken by police surveillance aircraft during the 2016 protests in Standing Rock against the Dakota Access Pipeline. Drones, planes, and helicopters were used by law enforcement from multiple agencies to monitor protesters and track movements of vehicles. 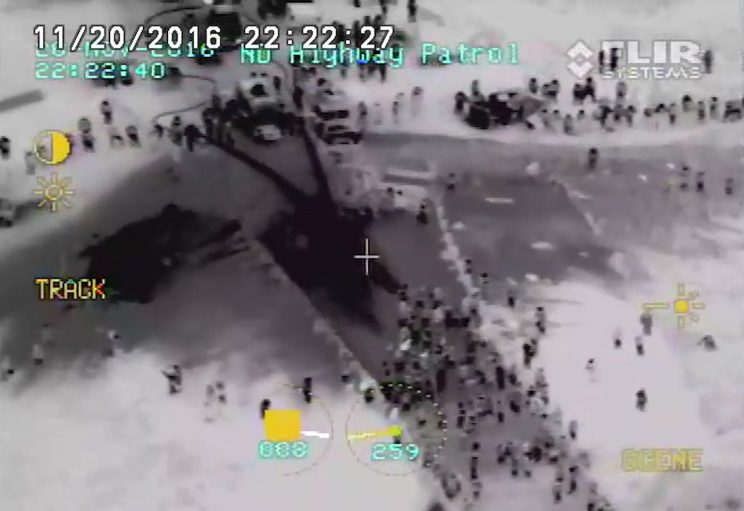 The police officers operating the IR surveillance cameras would often track the movements of an individual without them knowing, while circling hundreds of feet above them in pitch-black darkness. 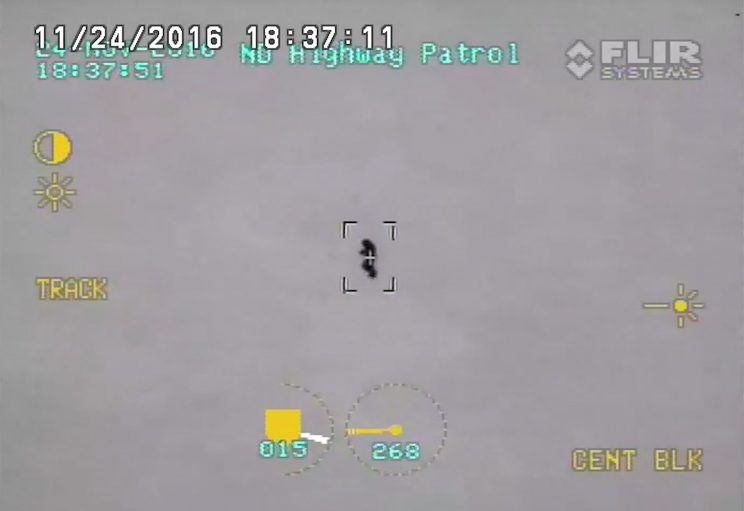 Other times, surveillance aircraft were used to track protesters’ movements and their vehicles. 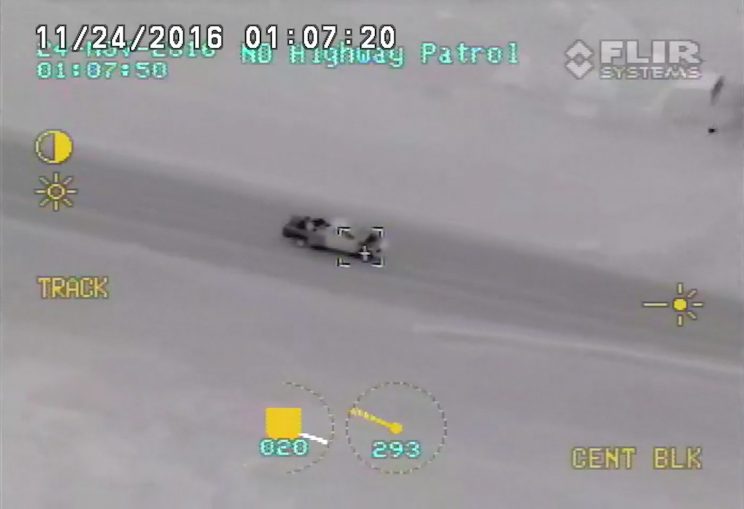 On multiple occasions this type of aerial surveillance resulted in the police pulling over the targets vehicle with their firearms drawn. 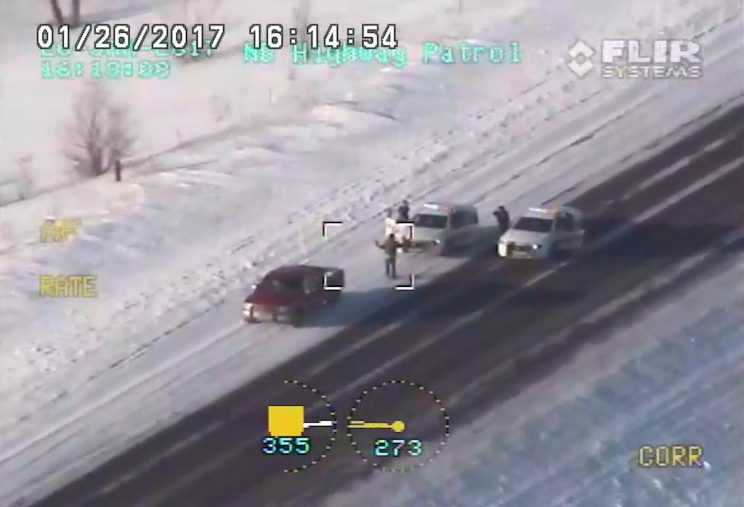 Anyone who was at Standing Rock likely remembers the assortment of aircraft which could be seen constantly circling overhead. For months, planes, helicopters, and drones could be heard circling overhead throughout the day and into the night, within the FAA issued “no-fly zone“. 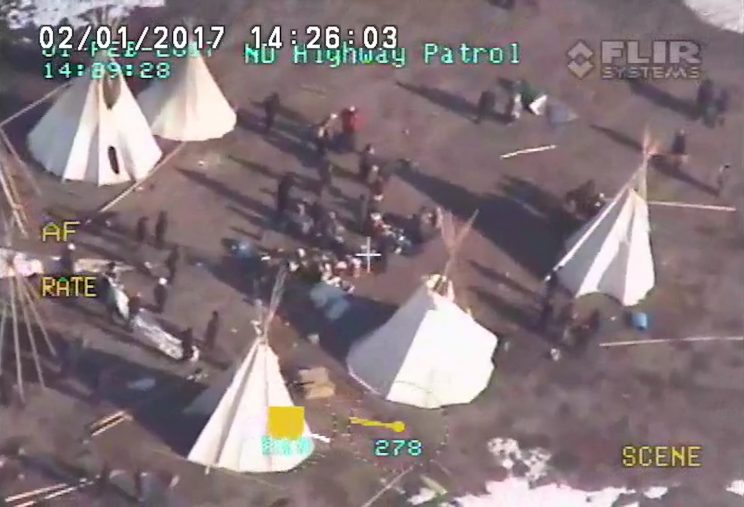 During many nights, a plane was observed circling the camps for hours without any anti-collision safety lights on. On the ground, water protectors were quick to turn their truck-spotlights toward the sky in search of the aircraft. Beams of light lit up the sky in all directions in search of the surveillance plane. As the plane continued circling, light could faintly be seen reflecting off the aircraft’s white under-body.

Sometimes water protectors would begin to hear the buzz of a drone lurking overhead, and everyone nearby would speculate if it was the police. According to documents obtained by Unicorn Riot, the Grand Forks County Sheriff had deployed a drone to monitor #NoDAPL protests. These drones could also be equipped with an IR camera. 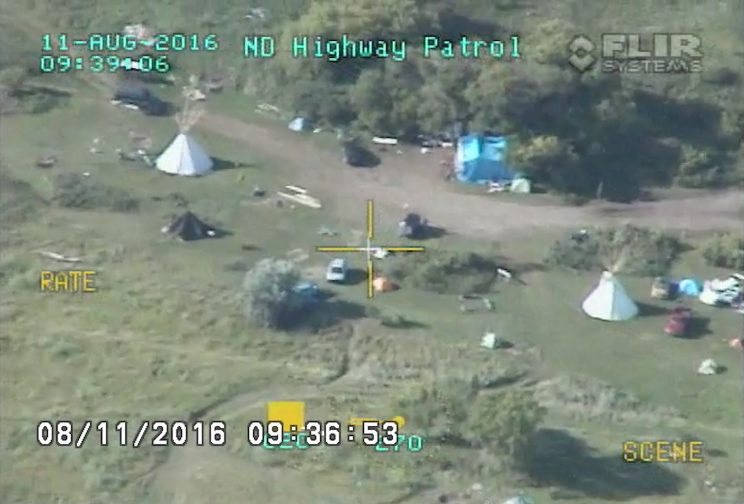 “We couldn’t get down into the camps without World War 3.” – Cass County Sheriff Paul Laney, National Sheriffs’ Association Webinar on May 7, 2017 (source)

[The documents also state that emergency law enforcement airspace requests would be coordinated through the Grand Forks AFB RAPCON, aka Air Force Base Radar Approach Control.]

When Unicorn Riot journalists requested the video footage from the Grand Forks County Sheriffs, they returned a small batch of notated images and a few short videos. The data we reviewed was captured during drone reconnaissance flights which show police were gathering GPS locations of camps, roadblocks, and pipeline construction sites. 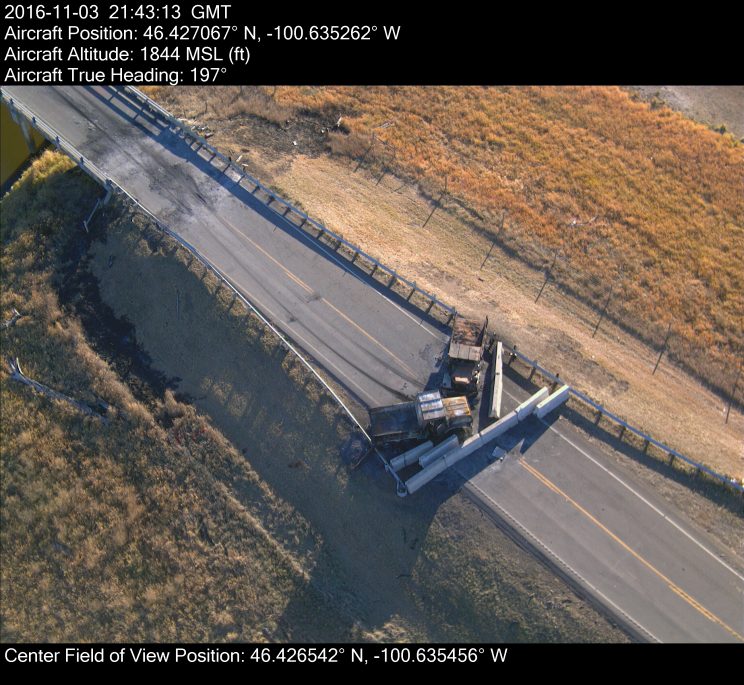 The use of IR surveillance technology during police operations has become more commonplace over the last few decades across the United States, ever since police departments began militarizing their stockpiles of equipment. Customs and Border Patrol, for example, who also participated in the final eviction of Oceti Sakowin in Standing Rock, often use infrared cameras to track migrants and make arrests along the U.S./Mexico border.

To date, aerial IR surveillance has been used by United States law enforcement for more than a decade; from the FBI during the Freddie Gray riots in Baltimore in 2015, to the 2005 Republican National Convention in New York City when the NYPD was accused of violating citizens’ privacy.

Unicorn Riot has released two hours of clips from the 100+ hour batch of FLIR video which you can watch below: