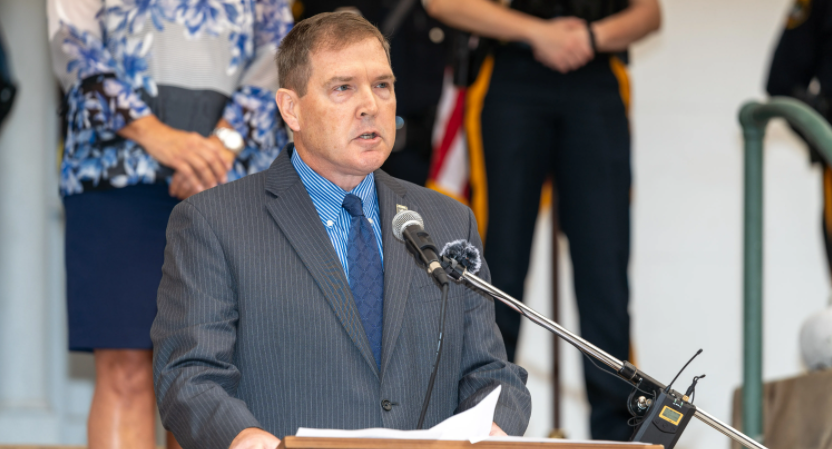 Union, NJ – An inmate at the state’s only prison for women has filed a lawsuit alleging the state Department of Corrections is failing to take proper precautions against the COVID-19 pandemic.

Jennie Cullum filed the lawsuit in state Superior Court in Hunterdon County against the Edna Mahan Correctional Facility for Women claiming she was not allowed to take precautions against the virus as cases began to increase, and, in one instance, guards did not allow her to wear a face mask she had fashioned out of her own bra.

Cullum, 31, also claimed she suffered physical pain after she was forced to move to the top bunk of a bunk bed. She said she has been in physical therapy at the prison, and before she became incarcerated, for lower back pain from an accident she suffered years ago.

She is serving a 20-year sentence for manslaughter after fatally stabbing her neighbor in Asbury Park in 2016.

Cullum, who is serving as her own attorney, claimed when she filed her lawsuit in June, there were about 50 officers who had COVD-19 and nine inmates “that we know of,” according to the lawsuit.

She also claimed an inmate in her unit at the prison had tested positive for coronavirus and said people on her wing are sick with “vomiting and diarrhea,” but prison staff have yet to do anything.

On June 22, the Hunterdon County Health Department was reporting 231 cases of COVID-19 in Union Township and 20 deaths.

On Oct. 22, that number had jumped to 308, the highest in the county. There was one additional death bringing the number to 21, according to county health officials.

Bonnie Kerness, an inmate rights activist who is the Prison Watch director for the American Friends Service Committee, said as the COVID-19 pandemic began to materialize, her group heard testimonies from prisoners across the state about the conditions inside correctional facilities.

“The most severe complaints came from Edna Mahan,” she said. “Those testimonies documented pervasive problems with access to sanitation, effective quarantine, the ability to maintain 6 feet distance and testing.”

She said there “is no minimizing the trauma” that the women, and others in jails throughout the state, endured in the confusion of the virus, which included a lack of available masks, hand sanitizers and other protective measures for guards and inmates.

“We received constant calls from the women inside and their families frantic about their fear and concern that their loved ones were being given a death sentence,” Kerness said.

She did, however, point to the department’s efforts in mitigating the coronavirus.

Some of those efforts include temperature checks for everyone entering the facilities, increased sanitization, universal testing of all staff and inmates, the reduction of more than 2,800 individuals from the prison population since the public health declaration between completed sentences and parole releases, she said.

There has also been an implementation of reduced and rotational work schedules for non-essential personnel to assist in social distancing, she said.

Velez said that because of these efforts, “the Department’s current positivity rate is less than 1 percent among staff and inmates.”

Cullum claimed that there was a woman from her unit who was isolated three times for COVID-19, and when the woman came back, Cullum tried to wear a mask she had fashioned of her own bra, but a guard told her to take it off, according to her lawsuit.

“No social distancing was applied,” she said in the lawsuit.

She also said the prison is not properly cleaned and that social distancing cannot be achieved “when we live in bunk beds right next to each other.”

Inmates are throwing up and coughing throughout the day, she claimed, leading to a deterioration of her mental health.

“It’s hard for me to focus due to people being sick,” she said.

Cullum will be eligible for parole in December 2033.