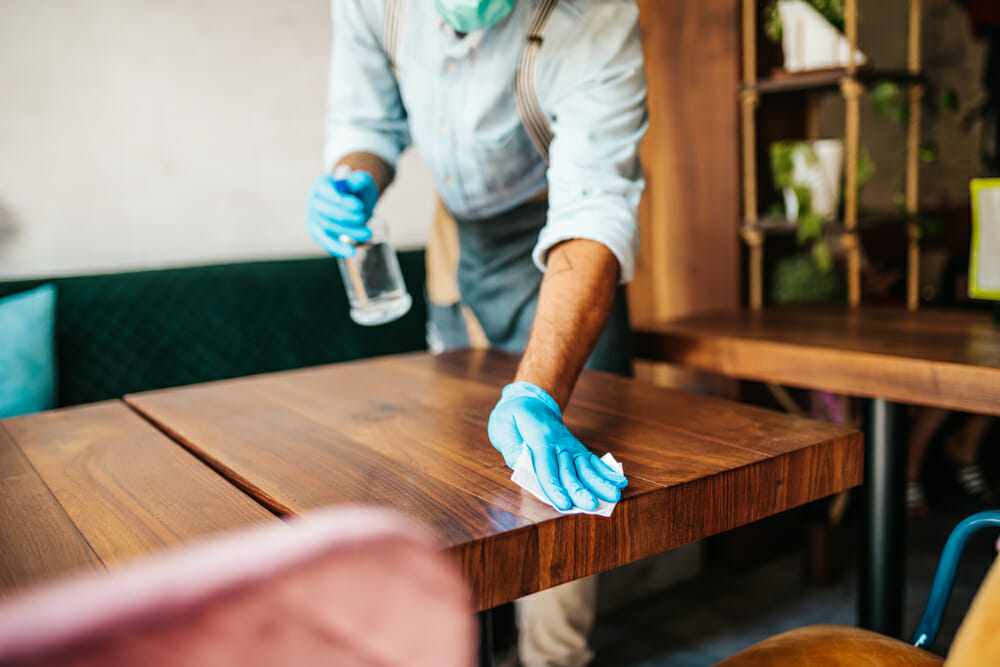 Inside The Campaign To Abolish The Subminimum Wage

This Is The Only Future For The Service Sector And The Economy Overall.

Wages Must Go Up Or There Will Be No Future.

As the economy recovers from a global pandemic, many business owners are pointing to labor shortages caused by the “Great Resignation” as a source of frustration.

The term refers to the more than 33 million U.S. workers who have quit their jobs since the spring of 2021, largely due to low wages and burnout. The restaurant and service industry is experiencing one of the largest shockwaves to its workforce, adding just 108,000 jobs in January 2022, and remains 900,000 jobs short of where it was prior to the pandemic, according to the Bureau of Labor Statistics.

But restaurant workers and their allies are offering a different perspective: This is not a “Great Resignation,” but rather a Great Rejection of low-wage work.

On Valentine’s Day, 2022, One Fair Wage – a national coalition organized around the movement to increase wages for service workers – announced it is embarking on a $25 million campaign to remove the subminimum tipped wage in 25 states by 2026, marking the 250th anniversary of U.S. independence.

“Typically Valentine’s Day is the highest-grossing day in the restaurant industry, but this year the restaurant industry is struggling,” said Saru Jayamaran, President of One Fair Wage, during a virtual event. “Not because of Covid-19 and the decline of business and sales, but because this is the worst staffing crisis in the history of this industry in the U.S. […] One million workers have left the industry, and of those who remain, 54 percent say they are leaving, and 80 percent say that the only thing that would make them stay or come back is a full, livable wage with tips on top.”

According to Jayamaran, the breaking point came when pandemic conditions required restaurant workers to do so much more for so much less – enforcing masks and Covid-19 vaccination requirements on the same people for whom they rely on for tips.

In 43 states and on the federal level, tipped workers are paid as little as $2.13 per hour in direct wages, with tips making up the balance of the federal minimum wage, which remains stagnant at $7.25 per hour. Ending the subminimum wage for tipped workers, recent analysis from the Center for American Progress suggests, would help alleviate poverty, sustainably grow the economy, and advance gender, racial, disability, and economic justice.

Ending the subminimum wage would also abolish a shameful relic of slavery. Tipping became prevalent in the United States after the Civil War, when restaurants and railway companies embraced the practice because it meant they didn’t have to pay wages to recently freed slaves. The racial biases that created the practice of tipping are still prevalent in the industry today.

Although Black workers represent the majority of the tipped service industry, they are also the ones making the least. A survey by One Fair Wage found that prior to the pandemic, Black tipped workers’ income, including tips, was already substantially lower than their white counterparts’ earnings, with 60 percent of them reporting earning less than $15 per hour, compared to 43 percent of white workers. Since the pandemic, 88 percent of Black tipped workers, compared to just 68 percent of all workers surveyed, have seen their tips plunge by half or more.

Ending the subminimum wage would not just benefit workers, but employers as well.

“It’s not rocket science,” said Russell Jackson, a supporter of One Fair Wage and the head chef and owner of Reverence NYC in Harlem. “For us, we pay a living wage, we have a fair tip share, and we think about how we treat our staff. […] What we need is legislation with teeth that will help us to be consistent across the board.”

Progress has already been made in Washington, D.C., where organizers recently gathered enough signatures to place an initiative to phase out the tipped wage back on the ballot. Similar legislation is making its way through the state houses in Michigan, New York, and Massachusetts, among others. If they are successful, they will join the seven states that have already eliminated the subminimum wage for tipped workers.

On the federal level, the House passed legislation in 2021 that would eliminate the subminimum wage and boost the federal minimum to $15 by 2025, but that bill has stalled in the Senate.

“It’s time for states—and the policymakers who represent them—to follow the lead of millions of workers refusing to work for poverty wages and thousands of independent restaurants raising wages to recruit staff, and permanently raise wages and end subminimum wages once and for all,” said Jayaraman. “This is the only future for the service sector and the economy overall: wages must go up or there will be no future.”