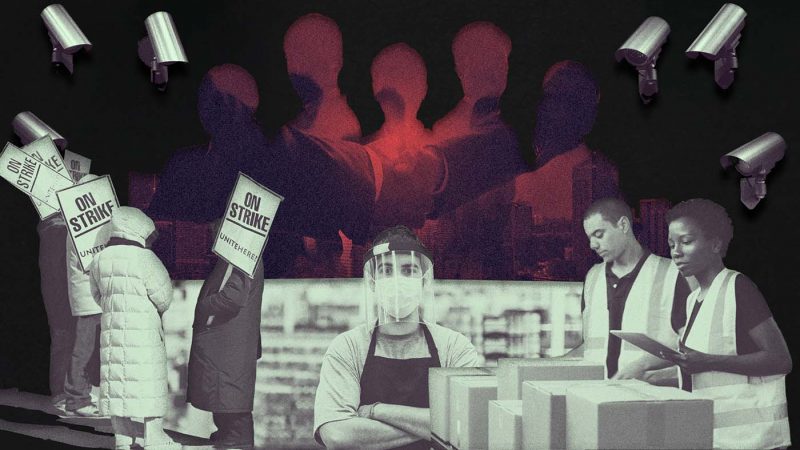 Inside The Secretive World Of Union Busting

Capital & Main’s new series explores the impact of the union avoidance industry, which has only gotten more powerful in recent years.

The company owner was so worried about his employees joining a union that he mounted machine guns to keep labor organizers off his coal mine, launched an anti-union magazine and even secretly funded a Black newspaper to convince African-American workers that unions were dangerous. Those union-busting tactics worked, allowing mine magnate Charles Debardeleben to stop his workers in the industrial Birmingham-Bessemer area of northern Alabama from joining a union during the 1920s and 1930s.

Almost a century later, the tactics have gotten less physically intimidating but remain just as effective. Earlier this year in Bessemer, Amazon was easily able to fend off a well-publicized union organizing effort through a relentless anti-union campaign that included a website, text messages to employees, fliers posted in bathrooms and classic techniques like captive audience meetings, in which workers can be forced to sit for hours and listen to anti-union consulting firms paid at least $20,000 a day. Some of the tactics may have been illegal — the National Labor Relations Board recently authorized a new election after the union argued that the company’s decision to install a mailbox onsite created the false impression that Amazon was running the election, which pressured workers to vote against the union.

While union membership has risen slightly since 2018 thanks to some major organizing wins, and public approval of unions is at its highest level since 1965, labor has a lot of ground to make up. Union membership plummeted from 20.1% of American wage and salary workers in 1983 to just 10.8% in 2020. One of the biggest reasons for that decline is the use of well-funded, aggressive campaigns by employers to fight off unions, conducted largely through expensive union avoidance consultants and lawyers. In 2019, it was estimated that companies spend at least $340 million per year on such consultants and often engage in illegal tactics, for which the penalties are minimal.

“They seem to be more aggressive than they used to be,” says Joe Hernandez, an organizer with the United Food and Commercial Workers in Orange County, California. “There was a union election in South Dakota, where pro-union workers who had a couple of tardies that were previously overlooked ended up getting fired. Other times they just close down the store or factory. They’re doing it all — using surveillance technology, social media messaging, whatever they can to beat the union.” (Disclosure: UFCW is a financial supporter of this website.)

In a series of four stories, Capital & Main will explore the role and impact of union busting: how your favorite companies still aren’t required to disclose how much they spend on such consultants, how new workplace surveillance technologies have been exploited by some businesses to help them defeat organizing efforts, how labor studies academics have been pressured and intimidated by pro-business think tanks and lawmakers to stop their research into workplace issues — plus an interview with a longtime union organizer about his unlikely alliance with one of the most notorious union busters.