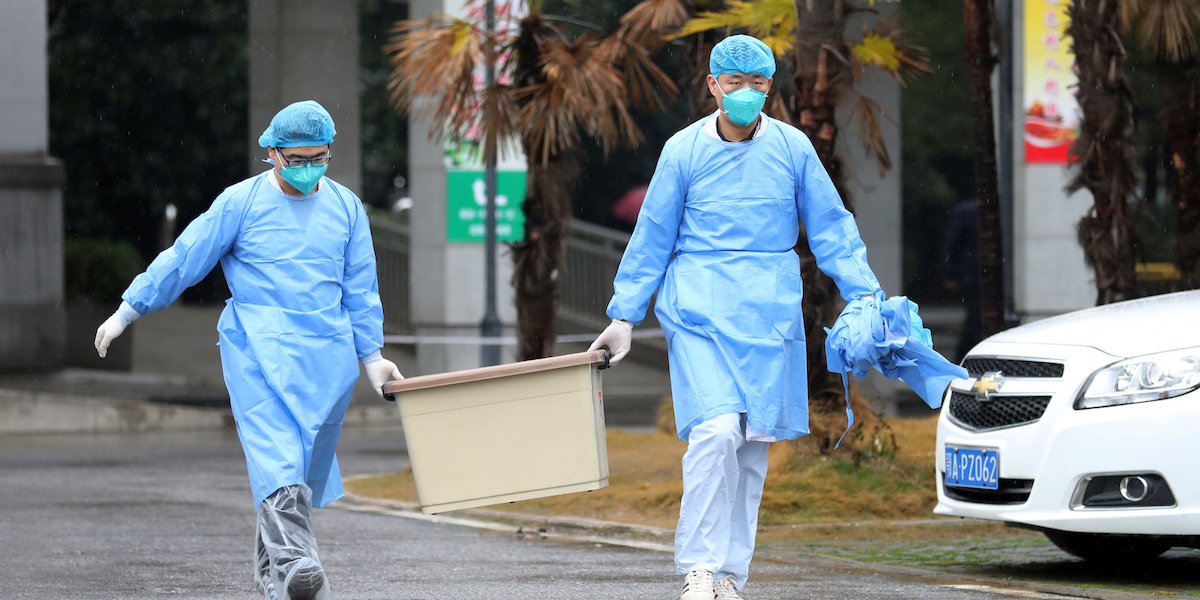 Inside The Wuhan Coronavirus Lockdown

Note: This video shows what life is like in Wuhan, a bustling city of 11 million people, the largest in Central China and the capital of Hubei Province. Becasue of China’s coronavirus quarantine zone, when people go shopping for a lot of supplies so they do not need to go out again.

The World Health Organization is applauding China’s respone to the virus.

It is the first day of the year of the rat. I was supposed to be somewhere else, celebrating the lunar New Year with friends, family, and food-lots of it. I work in Wuhan and finishing a project before the long Spring Festival this year; my train was to leave on Thursday. Then, the lockdown and here I am, dining on peanut butter and jelly sandwiches, avocadoes, instant coffee, and strawberries, in my apartment on lovely Guangba road in the Wuchang district of Wuhan.

Wuhan is the crossroads of nine provinces and often called the Chicago of the east, its motto is “Wuhan Different Every Day”. It is a city of students, with over thirty universities and a million of them, most left town around January 15 when fall term ended for winter break. It is a key transit hub, a major manufacturing center, and altogether has a population exceeding ten million people.

Until now, most of my friends back home did not know anything about Wuhan, its rich history, and the role the city played in the 1911 revolution, the resistance to Japanese militarist occupation, or in the history of the Chinese revolution more generally. Mao`s famous “power grows out of a barrel of a gun” speech occurred just on the other side of the river from me, in Hankou. The second-largest battle in WWII was the defense of Wuhan, fought in 1938, and expected to be the eastern equivalent of the fall of Madrid in the Spanish civil war.  The Republican army withdrew from the city, beaten, but not defeated.

I read the US media and like most things dealing with China, the coverage is sensationalized, and alarmist. Much of it is charged with a political agenda, mostly to discredit the Chinese government and the authorities here in Wuhan. The US consulate is evacuating the city, along with American ex-pats who can afford the inflated prices on their chartered flight back to the States, but Wuhan is a down to earth city, full of contradictions, but home to tough people used to rise to challenges, whether it is floodwaters, invaders, or the novel coronavirus. Wuhan people are described as hot-tempered but warm-hearted lovers of hot food, fully aware of the city’s historic role and unique identity.

Right now, we have been called to action in a patriotic health campaign to stop the spread of the novel coronavirus. That means ironically to stay home, avoid crowds, wash your hands, and go to the hospital if you experience symptoms. I went out to buy more food, all of the few people on the streets were wearing facemasks, there were few cars on the roads, and only a handful of shops are open. People are rising to the challenge and staying home.

I am concerned but not too worried because everyone is doing whatever is possible to prevent the virus from spreading. I ignore the rumor-mongering and the blame game. The situation will get worse before it gets better. To mitigate this emergency, so we also must do our bit and lounge in front of the TV, but I think I will never be able to eat another strawberry after this is over.