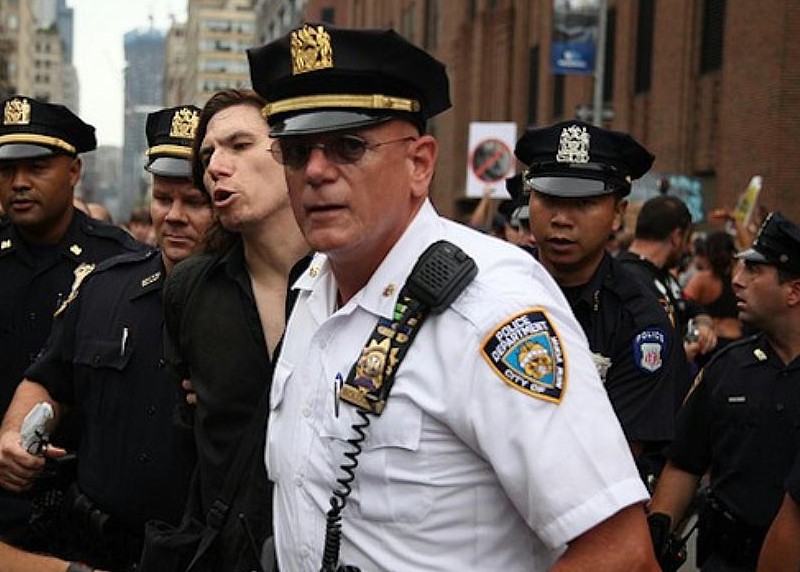 Inspector Who Pepper-Sprayed Protesters Is Ordered to Appear Before Panel

The police commander whose pepper spraying of several women sparked sharp criticism of theNew York Police Department’s response to the Occupy Wall Street protests has been ordered to appear before investigators and account for his actions, a state judge has ruled.

The effect of the ruling is to reopen the disciplinary case against Deputy Inspector Anthony Bologna more than two years after the pepper-spraying episode. The matter had appeared closed after the district attorney’s office in Manhattan decided against criminal charges and the Police Department concluded its internal inquiry by docking Inspector Bologna 10 vacation days.

But in a decision issued Friday, Justice Joan B. Lobis of State Supreme Court ordered that Inspector Bologna submit to an interview by the Civilian Complaint Review Board, an independent city agency that investigates police misconduct.

Inspector Bologna appeared before the review board in August but declined to answer any questions. Police officers are typically required to submit to interviews by the civilian complaint board. But Inspector Bologna’s position was that an 18-month time limit for initiating disciplinary proceedings against civil servants had already passed.

Justice Lobis rejected that argument, and the decision represents a significant victory for the review board’s investigative powers. Justice Lobis ruled that the case falls under an exception for investigations involving possible crimes.

The delay in the review board’s case was partly because of its decision to put off its investigation while the district attorney’s office conducted its inquiry.

At issue are Inspector Bologna’s actions on Sept. 24, 2011, when he sprayed several women who were penned in. The episode was captured on video and spread widely on the Internet and became a critical moment in the protests.

The review board’s power to discipline officers is limited. It can prosecute officers in the Police Department’s internal administrative courtrooms, but any punishments imposed there can be changed by the police commissioner.

“Inspector Bologna acted that day consistent with his training and with no malice,” Deputy Inspector Roy Richter, the head of the union that represents senior uniformed officers, said. “He put himself on the line to do his job and his job was maintaining order in the City of New York.”

Inspector Richter said that for the civilian complaint board to wait so long “evokes an inherent feeling of unfairness in the process.”

“At what point do you say that this case has already been looked at,” Inspector Richter said, noting that Inspector Bologna had been sued numerous times over the pepper-spray episode.

Daniel Chu, the review board’s chairman, said the board would be scheduling Inspector Bologna for an interview “as soon as possible.”