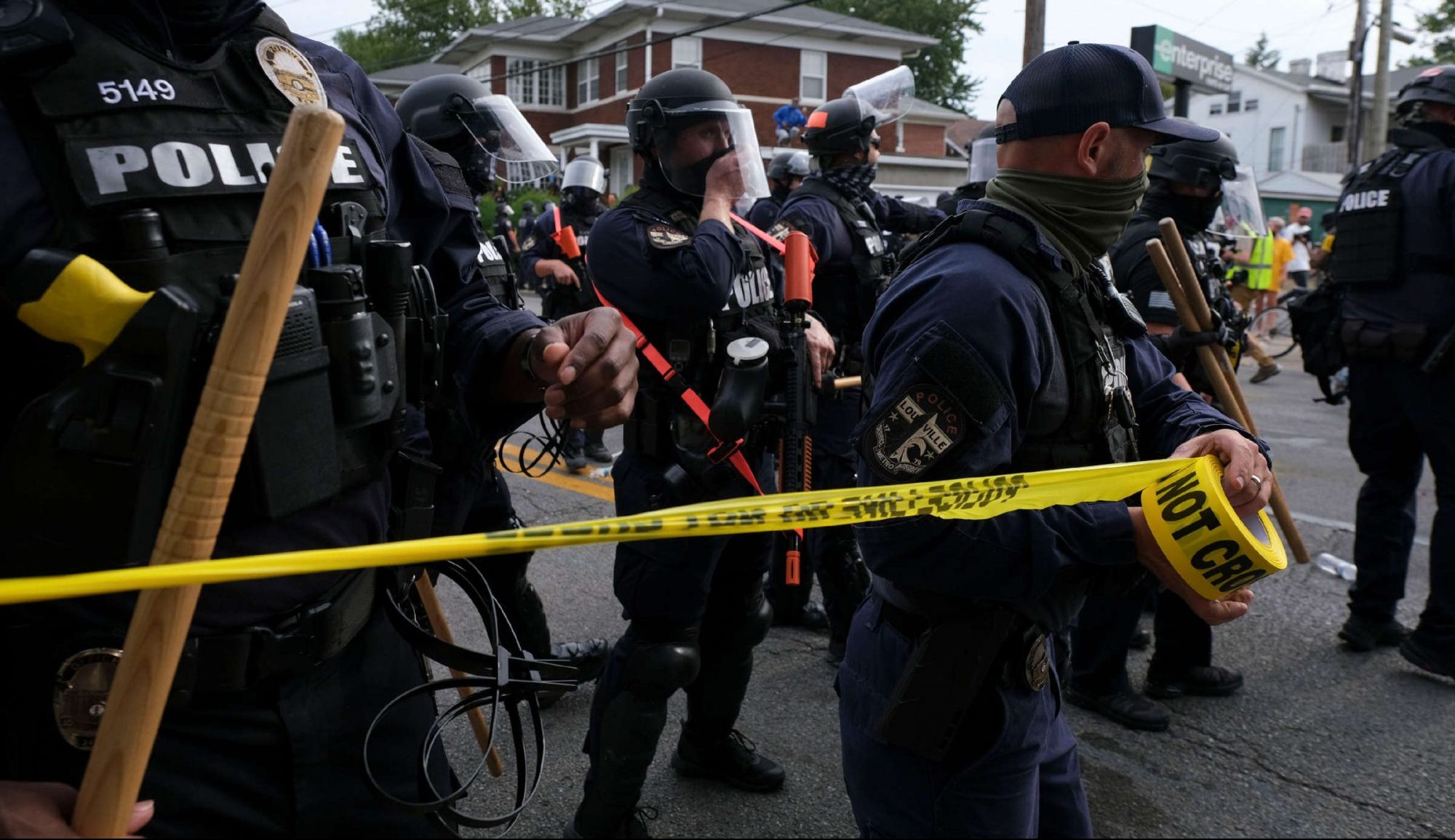 Insulting Police Would Be A Crime Under Kentucky Bill

A committee within the Kentucky State Senate has advanced a bill that would make insulting a police officer a misdemeanor crime.

The proposal, which is part of a larger bill that includes a number of other provisions related to criminalizing activists’ behavior during uprisings and protest events, comes in the same week as the one-year anniversary of the police-perpetrated killing of Breonna Taylor, which, along with other unjust killings of Black Americans by police, prompted a number of uprisings over the course of the past year.

The portion of the bill that would criminalize statements made to police officers would amend the state statute on “disorderly conduct” in public spaces. Any person who “accosts, insults, taunts, or challenges a law enforcement officer with offensive or derisive words, or by gestures or other physical contact, that would have a direct tendency to provoke a violent response” in public would be guilty of disorderly conduct in the second degree, if the bill becomes law.

The bill would make such an action a misdemeanor crime, regardless of where it occurred — but insulting an officer during an uprising event would carry additional punishments, including a minimum jail sentence of three months, with no chance of release for an individual before serving at least 45 days of their sentence.

A person found guilty of insulting an officer during an uprising would also be denied Supplemental Nutrition Assistance Program benefits, commonly known as food stamps, and other benefit programs administered by the state, if they qualified for them, for a period of three months.

The bill’s sponsor, Republican State Sen. Danny Carroll, has insisted in interviews with local media that it is not anti-free speech in nature.

“This (bill) is not about lawful protest in any way, shape, form, or fashion,” Carroll recently said, adding that the legislation is intended for “those who cross the line and commit criminal acts.”

Contrary to Carroll’s statement, however, the bill’s language does not require those who are charged with insulting an officer to have also engaged in other unlawful behavior.

It’s unclear as yet what actions Gov. Andy Beshear, a Democrat, might take on the proposed legislation. Efforts by Truthout to reach the governor were unsuccessful.

The American Civil Liberties Union (ACLU) of Kentucky has described the legislation as “an extreme bill to stifle dissent.” Corey Shapiro, a lawyer with the ACLU of Kentucky, also derided the bill as being antithetical to personal freedoms.

“Verbally challenging police action — even if by insult or offensive language — is a cornerstone of our democracy. And the First Amendment protects people’s ability to express themselves, even if it’s using offensive words to the police,” Shapiro said.

“This is just the complete opposite of how Kentucky should be reacting to the killing of Breonna Taylor,” the group said in a tweet on Monday. “More power to police to arrest innocent people exercising their first amendment rights is not the answer.”

Chris Walker is a news writer at Truthout, and is based out of Madison, Wisconsin. Focusing on both national and local topics since the early 2000s, he has produced thousands of articles analyzing the issues of the day and their impact on the American people.