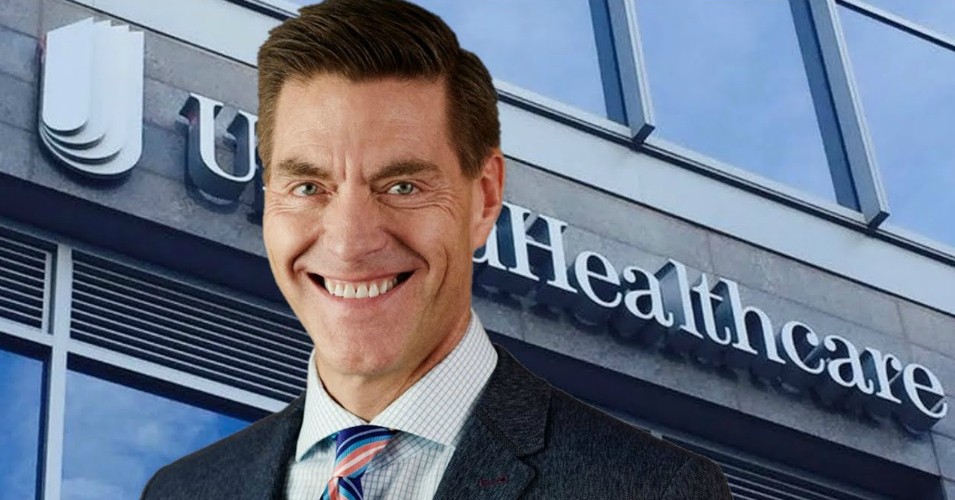 “I felt Americans needed to know.”

“The business model of for-profit health insurance depends on denying care to people who need it. These corporations can’t be reasoned with, only defeated.”

In an effort to inform the public about the corporate forces working to crush Medicare for All, an employee at the insurance giant UnitedHealthcare leaked a video of his boss bragging about the company’s campaign to preserve America’s for-profit healthcare system.

“I felt Americans needed to know exactly who it is that’s fighting against the idea that healthcare is a right, not a privilege,” the anonymous whistleblower told the Washington Post‘s Jeff Stein.

During an employee town hall in February, Stein reported on Friday, UnitedHealthcare CEO Steve Nelson boasted about how much his company is doing to undermine Medicare for All, which is rapidly gaining support in Congress.

“One of the things you said: ‘We’re really quiet’ or ‘It seems like we’re quiet.’ Um, we’ve done a lot more than you would think,” Nelson said. “We are advocating heavily and very involved in the conversation. Part of it is trying to be thoughtful about how we enter in the conversation, because there’s a risk of seeming like it’s self-serving.”

According to the Post, which did not publish the video of Nelson’s remarks, the executive said his company “opposes Medicare for All because it excludes the private sector, which he said does a better job of delivering healthcare than the government, and said he doubted how a single-payer system could be funded or effectively administered.”

The UnitedHealth employee who leaked The Post this video says: “I felt Americans needed to know exactly who it is that’s fighting against the idea that healthcare is a right, not a privilege.”https://t.co/fQAXmVTmdf

Nelson’s remarks were leaked just days after Sen. Bernie Sanders (I-Vt.), a 2020 presidential contender, unveiled his improved Medicare for All bill with the support of 14 Democratic senators and over 60 progressive organizations representing nurses, physicians, and consumer advocates.

Sanders called out insurance and pharmaceutical industry greed in a statementfollowing the introduction of his bill, which would virtually eliminate the private insurance industry and provide comprehensive healthcare to every American.

“In my view, the current debate over Medicare for All really has nothing to do with healthcare. It’s all about greed and profiteering,” said the Vermont senator. “It is about whether we maintain a dysfunctional system which allows the top five health insurance companies to make over $20 billion in profits last year.”

On Friday, Sanders took to Twitter to send Nelson a message.

“When we are in the White House your greed is going to end,” Sanders wrote.

Our message to Steve Nelson and UnitedHealthcare is simple: When we are in the White House your greed is going to end. We will end the disgrace of millions of people being denied health care while a single company earns $226 billion and its CEO makes $7.5 million in compensation. https://t.co/OafOIT92H9

UnitedHealth Group, the parent company of United Healthcare, raked in around $17 billion in profits and “spent about $8 million on lobbying efforts” in 2018, Stein reported.

UnitedHealthcare’s fight against single-payer, Stein noted, comes “amid a broader push from the health insurance industry to prevent legislation to enact Medicare for All from getting off the ground, including by trying to direct Democrats toward more centrist efforts and reject plans that would effectively legislate many of the companies out of existence.”

“[A]bout half a dozen representatives of lobbying firms said they had pushed for meetings with Democrats over single-payer and other proposed government expansions of healthcare,” according to Stein.

In a statement to the Post, Medicare for All campaigner and policy expert Tim Faust said, “When the people begin organizing against private insurance, the lonely insurance executives turn to their only friends: the elected officials beholden to their cash.”

The business model of for-profit health insurance depends on denying care to people who need it.

These corporations can’t be reasoned with, only defeated: https://t.co/YY6K6xawzU #MedicareForAll

One of the industry-backed groups leading the fight against Medicare for All is the Partnership for America’s Health Care Future, which is comprised of major pharmaceutical and insurance interests.

The Partnership launched a six-figure ad campaign against Medicare for All earlier this year, warning the popular proposal “would cause massive disruption to the current healthcare system.”

After the Partnership launched its first digital ad against Medicare for All in January, Wendell Potter—an insurance industry executive-turned-whistleblower—said, “It’s almost impressive how many lies they’re able to fit into such a short clip.”