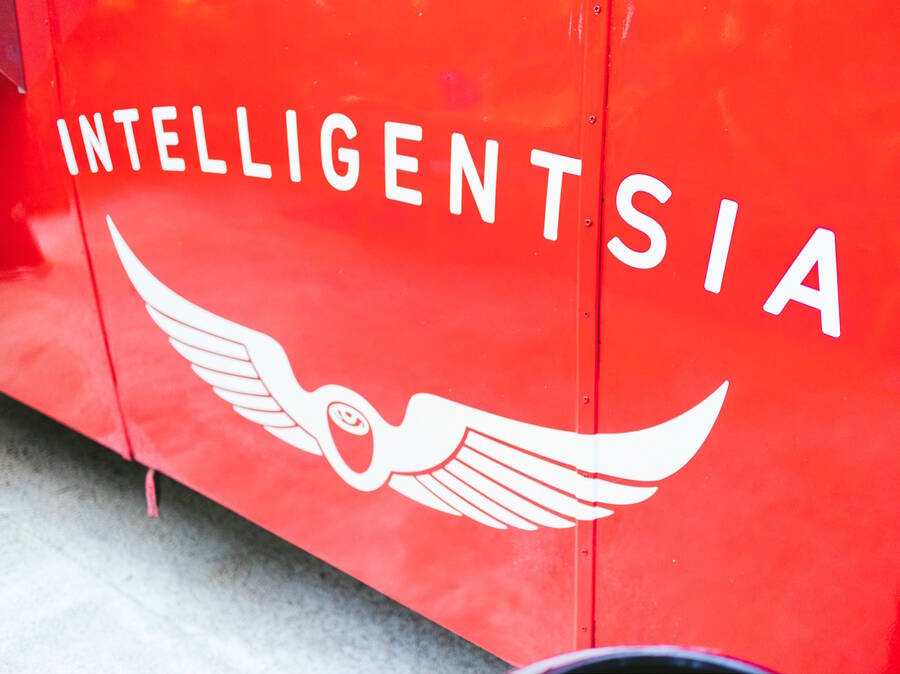 Workers At The Coffee Chain Have Joined Fellow Baristas At Starbucks And Colectivo In Unionizing Their Workplaces.

Chicago, Illinois- Managers at Intelligentsia Coffee closed their five Chicago stores two hours early July 5 to call its cafe workers to a mandatory meeting. A month earlier, baristas had filed for a union representation election with the National Labor Relations Board, hoping to join International Brotherhood of Electrical Workers Local 1220 (IBEW).Management sent anti-union mailers to employees in response, using the slogan, “Be Curious.”

Intelligentsia CEO James McLaughlin told workers they had no need for a union because they were treated so well already. Managers refused to answer any of the workers’ questions.

“They said they couldn’t take questions because of NLRB rules, that they had to have a script of everything they said so they could submit that to the NLRB if they needed to,” says Intelligentsia barista Jordan Parshall. “[It] sounded like a lot of legal mumbo jumbo for, ‘We’re bordering on saying something illegal and we need to make sure we don’t.’ ”

Parshall says the irony was not lost on his coworkers: “[Management’s] whole line was ‘be curious.’ And then we get to this meeting and they’re like, ‘You can’t ask questions.’ ”

About a month after the anti-union meeting and two months after the election filing, the NLRB tallied up the mail-in ballots and announced workers overwhelmingly voted in favor of a union. The workers will join the thousands of fellow baristas at Starbucks and Colectivo Coffee who have also won union elections in the past year.

“American workers want to see better working conditions and higher pay — they want dignity in the workplace — and the best way to accomplish that is through a union contract,” says Chicago’s democratic-socialist 35th Ward alderman, Carlos Ramirez-Rosa. The ward is home to one Intelligentsia cafe. “We’ve always been proud to have an Intelligentsia Coffee in Logan Square, and I think we’re even more proud now that we know the workers there are unionized.”

Roughly 27 baristas will be represented in the union bargaining unit. The final vote count was 9 – 1 in favor, with no contested ballots. Parshall notes many of the ballots were sent to outdated mailing addresses provided by Intelligentsia to the NLRB.

“A lot of my coworkers wanted to vote, but didn’t get a ballot in the mail and then couldn’t get on the phone with the NLRB,” Parshall says. “An in-person election would’ve helped more people vote. But even if more people did vote, I’m sure the margin would’ve been just like this.”

IBEW Local 1220 initially wanted workers at Intelligentsia’s Chicago Roasting Works — where Intelligentsia beans are roasted, packaged and shipped — to be part of the bargaining unit, but the company challenged their inclusion. The union plans to file for a separate representation election with Roasting Works employees.

So far, the union effort is limited to Chicago — but Intelligentsia also has cafes in Los Angeles, Boston, New York and Austin, Texas.

“Organizing a workplace can be a challenging process, but when the workers come together in the best interest of both themselves and their peers, everybody wins in the end,” says John Rizzo, IBEW Local 1220 business manager.

In 2021, IBEW locals 1220 and 494 unionized around 400 workers at Colectivo Coffee, which has cafes in Chicago, Milwaukee and Madison, Wis. Intelligentsia workers tell In These Times they met frequently with their counterparts.

“A lot of ‘Colectivens’ came in and talked to us ‘Intellis,’ ” Parshall says. “There was a lot of interface between folks who went through that campaign [at Colectivo] and us.”

The victory at Intelligentsia comes as Starbucks continues its relentless union-busting campaign to halt the success of Starbucks Workers United, even closing down unionized cafes and firing scores of union activists.

The Chicago Intelligentsia workers say the company’s “union avoidance” effort was limited to the one captive audience meeting in July and about four mailers. The company seemed to follow the same unsuccessful anti-union strategy used by management at recreation retail chain REI earlier this year—weaponizing the language of diversity.

One of Intelligentsia’s mailers, for example, noted the company’s racial and gender diversity, boasting management made Martin Luther King Jr. Day and Juneteenth paid holidays. It then implied there’s much less diversity among the union local, asking: “Might [Local 1220] give up MLK and Juneteenth as paid holidays in return for something they want?”

Parshall says the strategy fell flat: “It didn’t really motivate anyone to vote ‘no.’ ”

An Intelligentsia public relations representative tells In These Times: “As we have done throughout the election process, and while the NLRB’s certification of the election results is pending, our Chicago coffeebars are operating and our employees are delivering extraordinary coffee to our customers every day. We have no other comments at this time.”

The union’s next step is to survey workers in preparation for bargaining their first contract. So far, the main concerns include wages, benefits and staffing levels.

“Winning the union is just the first part of the battle; winning that first contract is oftentimes much more difficult,” Ramirez-Rosa says. “It is my hope that management at Intelligentsia sits down quickly and works earnestly and in good faith.”

Parshall has a bigger picture in mind. “We really do hope this campaign inspires other cafes, and we hope whatever contract we’re able to bargain for can become an industry standard,” he says. “Intelligentsia is such an innovative spot, and this is just another spot for innovation and for us to bring in the best baristas with the best contract to make the best coffee.”