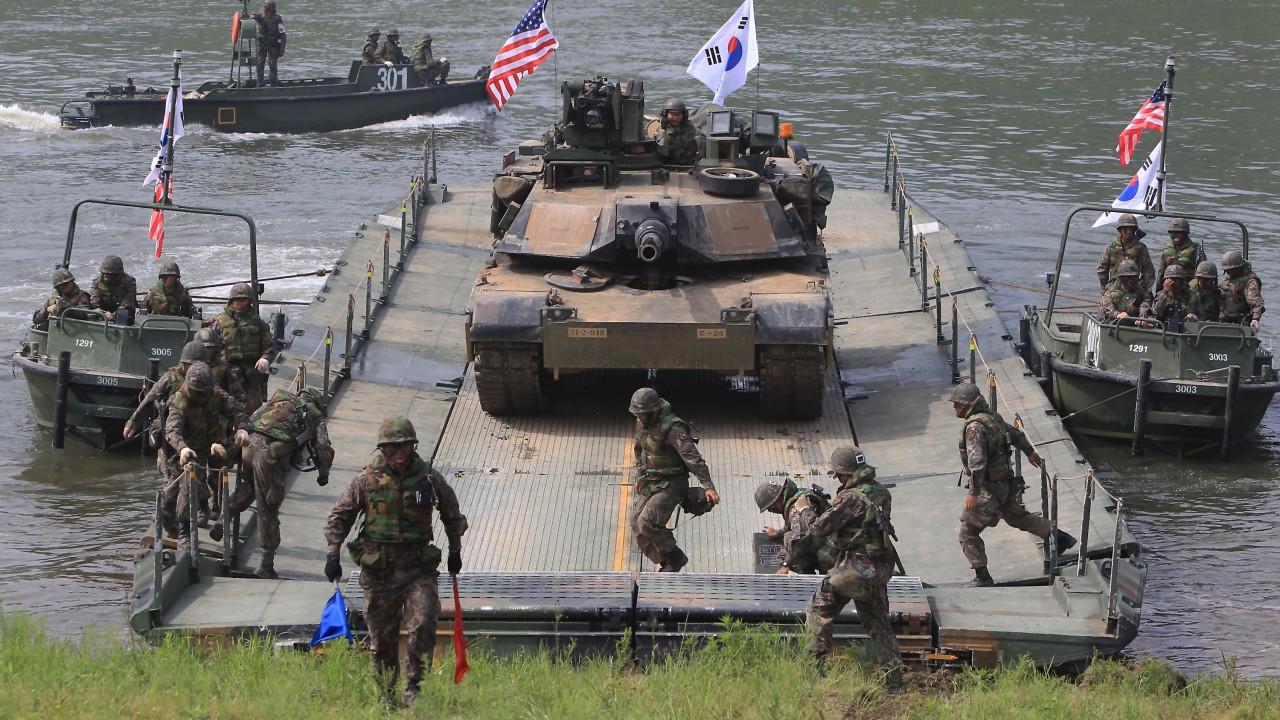 On Wednesday, a statement endorsed by 110 U.S., 197 South Korean, and 80 international civil society organizations was sent to the Biden administration urging the suspension of annual combined military exercises with South Korea in order to restart diplomacy with North Korea.

In the statement, the groups note these “costly and highly provocative war exercises” — which are based on operation plans that reportedly include pre-emptive strikes and “decapitation measures” against the North Korean leadership — heighten military and political tensions on the Korean Peninsula. As such, they are a major obstacle to a peaceful resolution of the ongoing 70-year-old Korean War. Suspending these war drills will be a major confidence-building measure and create the conditions for genuine diplomacy with North Korea in order to finally resolve the security crisis on the Korean Peninsula.

“These war drills are expensive, provocative, and consistently provoke North Korea to take military actions in response,” said Retired U.S. Army Reserve Colonel Ann Wright of the Korea Peace Campaign of Veterans for Peace. “If the United States’ goal is to reduce tensions, not increase them, then suspending these military exercises will be an important step forward.”

Hyun Lee of Women Cross DMZ and Korea Peace Now said, “The majority of citizens on the Korean Peninsula want peace talks, not war drills and military confrontation. It’s their lives that are at risk from the possibility of military exercises leading to mistakes and accidents that may cause disastrous military confrontation.”

Individuals can add their voices to the call for suspension of military exercises by signing this petition.