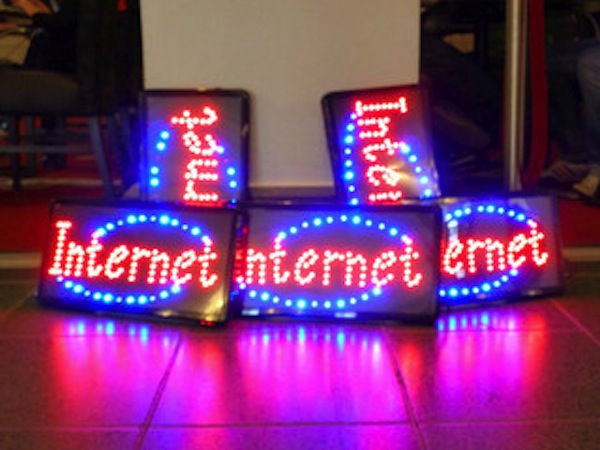 Above photo by Hans-Dieter Zimmermann flickr.com

NEW YORK – A group of investment firms and foundations with widely-diversified investment portfolios today called upon the Federal Communications Commission (FCC) to adopt network neutrality rules that would protect an open Internet. They recommended reclassification of broadband Internet service under Title II of the Communications Act, giving the FCC clear regulatory authority over the Internet network infrastructure that serves millions of individuals, entrepreneurs and established businesses throughout the U.S.

Network neutrality is the principle that all Internet content and applications should be treated equally regardless of the source. It prohibits blocking and discrimination and bars Internet service providers from offering paid priority “fast lanes” for some content.

“We believe open Internet policies help drive the economy, encourage innovation and reward investors,” the group said. The FCC filing highlighted the importance of network neutrality rules for start-up and technology companies as well as small and medium-sized businesses and companies that address critical needs such as healthcare, education and banking.

“Investors want the FCC to hear clearly the business case for an open Internet,” said Michael Connor, Executive Director of Open MIC, a non-profit organization that filed the comment on behalf of the investor group. Connor noted that investors cited the fact that little or no competition exists in U.S. broadband access; in most areas of the country, a local cable provider is the only path for consumer Internet access.  Businesses confront a similar lack of choice for broadband access.

“In the absence of a firm and consistent regulatory policy, there is little doubt that the ‘highly successful status quo’ of the open Internet would be aggressively challenged and altered” by Internet service providers, the investors said.  They cited public statements by attorneys for Verizon Communications Inc., before the U.S. Court of Appeals last year, asserting that the company would like to begin exploring new pricing mechanisms for content delivered on its networks.

In addition to the broad economic benefits of net neutrality, the investors said, “(o)pen Internet principles also promote free speech, civic participation, democratic engagement and marketplace competition, as well as robust broadband adoption and participation in the Internet community by minorities and other socially and economically disadvantaged groups”.

The importance of an open Internet to investors has been emphasized previously through a series of shareholder proposals presented in recent years to the major Internet Service Providers.  Despite strenuous opposition by the companies, these proposals have consistently gained support among shareholders.  In May 2014, for example, a shareholder proposal calling on Verizon to report on business risks arising from the company’s opposition to open Internet and network neutrality principles won 26.4 percent of the shareholder vote, representing $30.6 billion in Verizon shares.