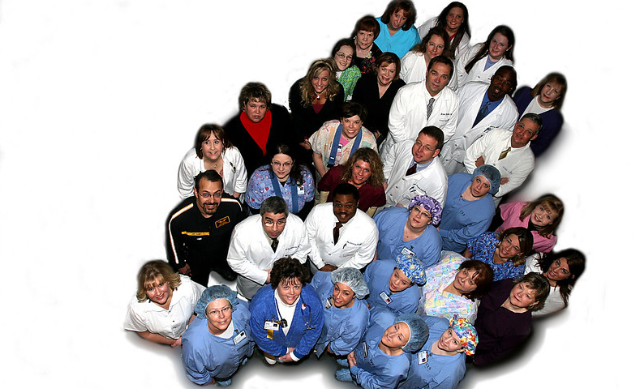 The union nurses of MercyOne Siouxland Medical Center ratified a new contract Jan. 29. After rejecting the hospital’s original offer and threatening to strike, they won a fair contract and scored a victory for nurse and patient safety.

The nurses, represented by Food and Commercial Workers (UFCW) Local 222, fought during seven months of intense negotiations for a contract with competitive wages and benefits, improved workplace safety and safe nurse-to-patient ratios.

Hospital management greeted their efforts with hostility. During negotiations, the nurses were disrespected and intimidated by hospital management, which spread rumors and misinformation about the nurses’ rights and the union’s efforts to help secure those rights.

In response to this poor treatment, Local 222 members overwhelmingly rejected the hospital’s “best offer” and authorized an unfair labor practice strike on Jan. 13.

“Our community’s caregivers should never have to struggle to provide for their families or tend to their patients, but that is the current reality for hundreds who work at MercyOne Hospital,” a Jan. 13 union statement  explained. “Nor should they face discipline for simply fighting for a fair contract.”

As the nurses geared up for the strike, MercyOne finally backed down and agreed to make concessions. The union and the hospital, with the intervention of a federal mediator, reached a tentative agreement on Jan. 23.

“I absolutely think our strike authorization vote was the driving factor in getting leadership back to the table to negotiate a serious contract,” MercyOne ER/Trauma nurse Alyssa Rusch told Workers World.

Nurses are underappreciated and overworked in a fieldthat’s vulnerable nationally to abuse and exploitation. A high percentage of nurses experience harassment, verbal threats and physical violence, as well as heavy tolls on their mental health.

The three-day voting process (Jan. 27-29) took place at a Holiday Inn, which also hosted Local 222 rallies and other gatherings over the past few months. The tentative agreement passed with 97 percent of the members voting “yes.”

“We knew something had to be changed with our organization,” Rusch said, “and we didn’t give up until we made it happen. We were willing to put ourselves on the line to make sure we took care of each other and the community we provide for.”

As hospitals increasingly function like profit-driven assembly lines providing costly services, instead of health care facilities to treat those with injuries and illnesses, nurses and other hospital workers are rising around the country to stand up for their rights and the well-being of patients.

According to a UFCW 222 statement following the ratification vote, “With today’s vote for a new MercyOne contract that improves wages and benefits, Registered nurses with UFCW Local 222 sent a strong message about the power that comes from nurses standing together.” They won in part because they “received strong support from the Siouxland community through petitions, a candlelight vigil, and rallies.”