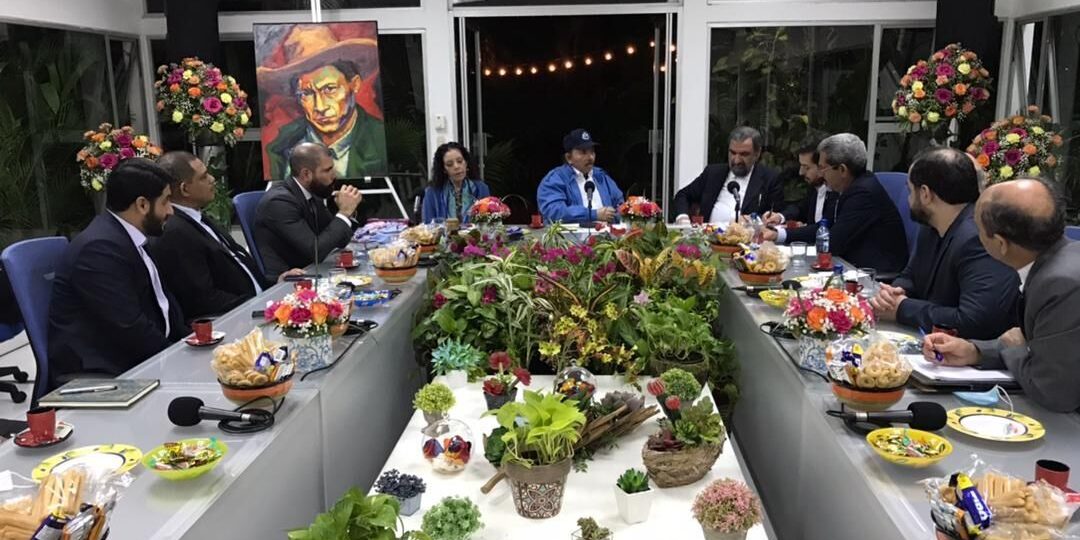 Above Photo: Tehran, IRAN – Iran’s Vice-President for Economic Affairs Mohsen Rezaei has proposed formation of a union with participation of the resistant countries against the sanctions and the excessive demands of the bullying powers.

All, with consolidation, should stand against the US sanctions and plots, Rezaei said in a meeting with Nicaraguan President Daniel Ortega, according to the IRNA Saturday report.

In his remarks, Rezaei said that the Iranian nation and government pay special respect to Nicaragua’s resistance against excessive demands.

He went on to stress that the resistant countries should make further efforts to expand their relations and friendship because the bullying powers, particularly the United States, are after preventing nations’ development and cooperation.

Further, he noted that the Islamic Republic of Iran has stood by Nicaragua and is ready to strengthen ties with it.

For his part, the Nicaraguan president thanked Rezaei for attending his swearing-in ceremony and appreciated the strong spirit of the Islamic Republic against the enemies’ pressures.

As President Ortega said, Nicaragua-Iran relations are deep and cordial.

He went on to say that his country pays great respect to General Qassm Soleimani.

In January 2020, the Islamic Revolution Guards Corps (IRGC) Qods Force commander Lieutenant General Soleimani and Abu Mahdi al-Mohandes, the acting commander of the Iraqi Popular Mobilization Units (PMU) – known as the Hashd al-Shaabi – were assassinated in Baghdad in a terror attack by the US.

Also, the Nicaraguan president appreciated Iran’s power during the talks with the world powers in Vienna.

Elsewhere, Rezaei held talks with Nicaraguan minister of health on exchange of the related experiences between the two countries.

Also, Rezaei held meeting with President of the National Assembly of Nicaragua Gustavo Porras Cortés and stressed that the era of bullying, war, and sanction is over.

At the meeting, Rezaei underlined the need to develop Tehran-Managua ties in mining, energy, and oil.

For his part, Cortés said the Nicaraguan Assembly will make efforts to enhance bilateral relations.