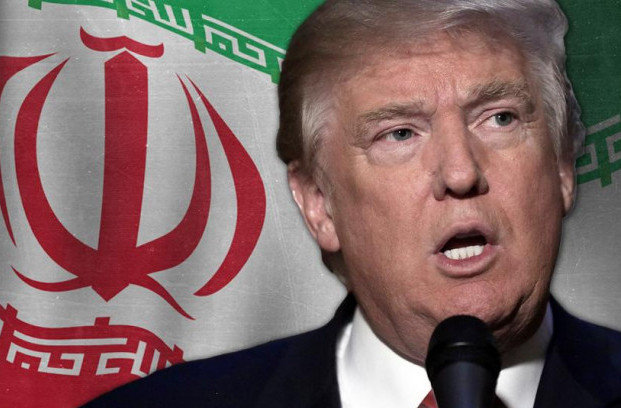 Amid Americans’ concerns that North Korea threatened to launch a missile at Guam, Iran is planning on building up a flotilla of warships in the Atlantic Ocean, while Iranian leader Hassan Rouhani has threatened to revitalize the country’s nuclear program if the U.S. continues “threats and sanctions.”

If Washington continues with “threats and sanctions” against Iran, Tehran could easily ramp up its nuclear activities Rouhani said in Iranian Parliament, AP reported.

In an hour and a day, Iran could return to a more advanced (nuclear) level than at the beginning of the negotiations.

“The U.S. has shown that it is neither a good partner nor a trustable negotiator,” Rouhani added. “Those who are trying to go back to the language of threats and sanctions are prisoners of their past hallucinations. They deprive themselves of the advantages of peace.”

Iranian lawmakers reportedly shouted “death to America” as they passed the bill to increase military spending.

The legislation also imposes sanctions on U.S. military officials who are in the region.

Meanwhile, after the announcement of a massive $500 million investment in war spending, Iran has planned to send flotilla of warships to the Atlantic Ocean in response to the U.S. proposed sanctions against the country.

“No military official in the world thought that we can go around Africa to the Atlantic Ocean through the Suez Canal but we did it as we had declared that we would go to the Atlantic and its Western waters,” Iranian Navy Commander Rear Admiral Habibollah Sayyari said.

This comes amid previous weeks of several tense interplays where Iranian military ships have carried out a series of dangerous drills near U.S. ships.

Just last Monday U.S. military officials reported another “unsafe” encounter with an Iranian drone that was following a U.S. carrier in the Persian Gulf that allegedly came close enough to an American F-18 jet to risk the pilot’s life.

Iran has maintained the new U.S. sanctions amount to a “hostile” breach of the 2015 nuclear deal.

U.S. President Donald Trump has stated several times that the Iran deal was a “bad deal” and continues looking into ways to repeal the deal.

Meanwhile, Iran has just threatened Trump saying they will “abandon its nuclear agreement with world powers within hours” if the United States imposes any more new sanctions, Reuters reported.

“If America wants to go back to the experience (of imposing sanctions), Iran would certainly return in a short time — not a week or a month but within hours — to conditions more advanced than before the start of negotiations,” Rouhani told a session of parliament broadcast live on state television.

“The world has clearly seen that under Trump, America has ignored international agreements and, in addition to undermining the (nuclear deal), has broken its word on the Paris agreement and the Cuba accord…and that the United States is not a good partner or a reliable negotiator,” Rouhani added.

Another U.S. president and just more geopolitical wars mounting up. Nothing ever seems to change even though all presidents seem to campaign on ending wars.