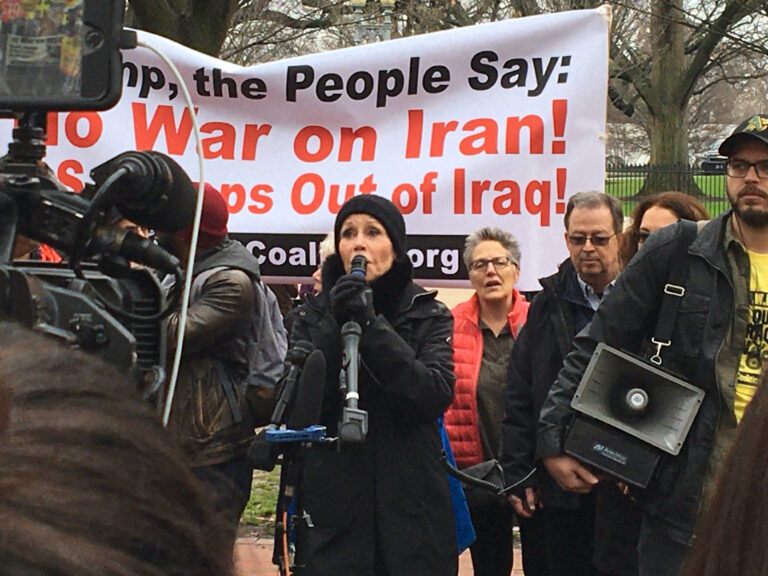 Following the outrageous US assassinations of Iran’s General Qasem Soleimani and Iraqi General Abu Mahdi Al Muhandis on Iraqi territory, dynamics are in flux. While both promise and peril are in the air, parties may be ratcheting down tensions to avoid a cataclysmic escalation.

Given the lemon of the assassinations, can we make lemonade, informed by the TRANSCEND Method? Is there a way to create a new reality that addresses the interests of major parties? Have things broken open in a way that the stars may be aligned to allow for new possibilities that were unthinkable two weeks ago?

The TRANSCEND Method is based on the central thesis that to prevent violence and develop the creative potential of a conflict, there has to be transformation. Normal conflicts are complex and involve many actors, goals and issues.

This editorial presents a hypothesis and an invitation for the TRANSCEND community and all interested in conflict transformation/resolution to weigh in with opinions, challenges and alternate hypotheses. I believe, as always, that input from our field is needed more than ever. I welcome ideas, inputs and dialogue. Please Join the Discussion below.

A best-case scenario for all is the removal of US troops from Iraq, for starters. It can be simultaneously framed and directed to address different fundamental needs for each party in a face-saving way to satisfy desires at this moment of vulnerability and intense emotions, for

Within each party there is ambivalence, support and opposition.  One concern the benefitting ISIS. It offers an alternative to feared escalation towards a catastrophic war.

These outrageous US assassinations are game-changing, plunging us into some chaos and some consciousness. We are between hope and fear, potential for war or reorganization.

Max Lerner, author, educator, and journalist, was asked whether he was an optimist or a pessimist. He answered neither. He was a possibilist. Without assuming things will get better or worse, we can explore what might be possible and how to make it happen.

Iran’s first retaliatory launch of 22 ballistic missiles at bases housing U.S. troops in Iraq sent a message that Iran can accurately attack targets in the region, overcome US defenses, and show US vulnerability. By avoiding killing people, they signaled a desire to de-escalate unless the US retaliates. This was a tremendous relief to many and shows political maturity on their part.

“Right now it appears that this was a proportional response. Iran needed to respond publicly—send a signal to its population, the United States, and the world—but it also wanted to avoid an all-out war. For the moment, it has managed to do so with a highly visible and symbolic strike that avoided killing. If this was the extent of the response, the smartest move for the U.S. would be to stand down.”

Goldenberg and other Iran watchers said,

“Iran’s response may actually present a chance for both sides to step back from the brink.”[i]

“Iran does not seek escalation or war but we will defend ourselves against any aggression.”

This initial response did not address the profound loss of Soleimani which galvanized and unified Iranians. Millions in the streets of Tehran, overcome with grief, clamored for revenge. Humiliation demands a response to overcome humiliation, which Evelin Lindner calls “the nuclear bomb of the emotions.”

While dreading escalation, and fearing an obvious tit for tat murder of a similar high- ranking US official, it is appealing to consider a nonviolent, symbolic form of retaliation that would satisfy the powerful desires for revenge and compensate for the death of Soleimani in a way that is acceptable to the masses.

Consider that the presence of Western military forces in Muslim countries is a profound source of humiliation and grievance, which was a motivation for Osama Bin Laden’s attack in the US and elsewhere. Thus removing US troops from Iraq may be the only nonviolent action that could avenge the martyrization of such a hero.

This potentially elegant solution – the removal of US troops from Iraq, for starters – is emerging, though fraught with challenges and opposition, including concerns about ISIS. While the US may have some problems with this, the unthinkable alternative may give some pause. This is a new possibility so make time to assimilate into the American psyche.

Removal of US troops has the potential to:

On January 5, 2020, Iraqi Prime Minister Adil Abdul-Mahdi asked the parliament to vote on a nonbinding resolution to expel American forces and other foreign troops after the U.S. airstrike that killed Soleimani and Abu Mahdi Al Muhandis in Iraq. They next day, they voted to expel.

Then the Iraqi Prime Minister said the U.S. military sent a letter about American troop withdrawal from Iraq. English and Arabic versions of the letter were not identical, leading to a request for clarification.

The Pentagon said the letter was a mistake. Secretary of Defense Mark Esper said it had no value. However, the fact that it was written, translated and sent indicates some willingness from someone.

On Democracy Now!, 1/8, Juan Cole said that US troops can’t be there unless the Iraqi government authorizes them to be there. If anybody gets killed it could involve lawsuits and even an execution of US troops if there is a murder. Thus, serious risks may bring a sense of reality to those who wish to stay to exercise power.

Secretary Pompeo stated that the US mission in Iraq is to train Iraqi forces to fight the Islamic State, “But as times change and we get to a place where we can deliver up on what I believe and the president believes is our right structure, with fewer resources dedicated to that mission, we will do so,” he added.

Perhaps he is pushing back for now, but hints of reducing resources and reconsidering structure may leave room for a gradual withdrawal. The door is open and it will take time to process.

Perhaps Iran has begun the process of tension reduction, which might begin a reciprocal process. Charles Osgood describes GRIT, an example of a strategy – a conscious, creative positive feedback spiral described in “Disarmament Demands GRIT” in Psychology and the Prevention of Nuclear War, Edited by Ralph K White.

With GRIT, one side initiates a unilateral tension-reducing action which can be reciprocated back and forth, ratcheting down tensions without risking vulnerability, thereby creating an arms race in reverse.

It is “aimed to reduce and control international tension levels and to create an atmosphere of mutual trust within which negotiations on critical military and political issues can have a better chance of succeeding.” There have been some historical cases where this has been applied successfully as part of a complex strategy in tension reduction and violence prevention.

The Fall of the US Empire

I can’t help but imagine Johan Galtung getting some satisfaction witnessing yet another prediction coming true as Trump continues to accelerate the fall of the empire at a dizzying rate.