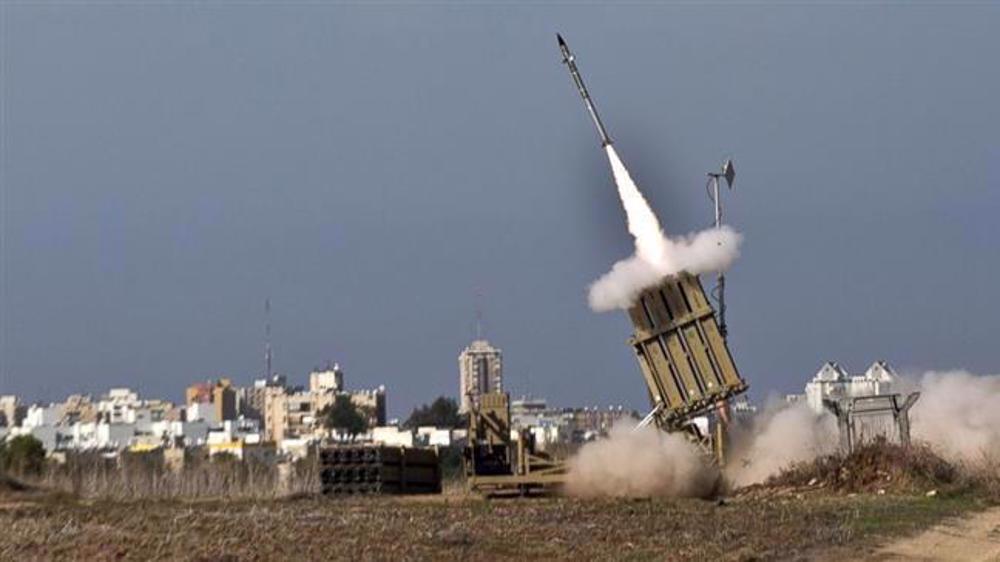 Above photo: An Israeli missile is launched from the Iron Dome missile system in southern Israel. Getty Images.

Although receiving miniscule media coverage, Thursday’s announcement that Israel had deployed military infrastructure to the UAE and Bahrain in the shape of radar systems, ostensibly to counter an alleged missile threat from nearby Iran, should be a cause for concern amongst onlookers.

Coming in the same 24 hour period in which Israeli Prime Minister Naftali Bennett paid a surprise visit to the Emirates, and in which Israeli Forces bombed Damascus International Airport, the announcement that both Abu Dhabi and Manama had agreed to host Israeli military infrastructure should be seen as the first step towards current tensions between Tel Aviv and Tehran being placed on a possibly irreversible path towards conflict in the region.

Indeed, Israeli encirclement of Iran via Tel Aviv-allied Arab states possibly triggering a war between Tehran and both the UAE and Bahrain bears a stark similarity to the nine-year long build-up of provocations which would ultimately led Russia to launch a military intervention into neighbouring Ukraine in February of this year.

In November 2013, following the decision by then-Ukrainian President Viktor Yanukovych to suspend a trade deal with the EU in order to pursue closer ties with Russia, a CIA-orchestrated regime change operation, known as ‘Euromaidan’, would be launched in order to depose Yanukovych’s leadership and replace him with the pro-Western Petro Poroshenko – whose coalition government would contain rabid far-right sympathisers hostile to Moscow.

Indeed, such was the anti-Russian sentiment amongst the new US-backed Kiev government that the predominantly ethnic-Russian Donbass region in the east of the country would breakaway to form the independent republics of Donetsk and Luhansk in April 2014, following the previous month’s successful reunification of the Crimean Peninsula with the rest of Russia.

The establishment of these two pro-Russian Republics however, would spark a near eight-year long conflict in the eastern European country, in which Kiev would use neo-Nazi paramilitaries such as Azov Battalion and Right Sector to wage an ethnic cleansing campaign against the inhabitants of the Donbass.

In spite of Western media descriptions of ‘Russian aggression’ however, Moscow had sought to resolve the conflict in Donbass through peaceful mean via the Minsk Agreements – which would see both Republics granted a degree of autonomy whilst still remaining under the rule of Kiev.

With 14,000 dead in the Donbass conflict, NATO failing to honour a post-Cold War agreement not to expand eastwards, and the subsequent confirmation that US-funded labs were developing bioweapons in Ukraine however, Moscow’s hand was ultimately forced in February of this year when a Russian military intervention was launched into Ukraine in order to remove neo-Nazi elements from power and to destroy any military infrastructure that would ultimately have been used by NATO had Kiev gone on to become a member.

This is where the similarities with Iran and the neighbouring Gulf states of the UAE and Bahrain come into play, with both countries having formalised diplomatic links with Tel Aviv via the September 2020 US-brokered Abraham Accords.

Lauded as a ‘peace deal’ by the then-administration of Donald Trump, despite Israel, the UAE and Bahrain never actually being at war, the ‘normalisation’ agreements, coming eight months after the US had nearly triggered a new Gulf war with the assassination of Iranian Quds Force commander Qasem Soleimani in a drone strike, were seen by many geopolitical observers as a means to contain Iran within the region, a long-time foreign policy aim shared by both Washington and Tel Aviv.

Indeed, despite the relationship between Israel and both states initially starting off on a purely diplomatic basis, the announcement that Israeli radar systems are to be moved into both the UAE and Bahrain marks a dangerous step towards a scenario were Israeli military infrastructure is placed within striking distance of Iran – a situation that would likely lead to a major regional conflict, one that could reach far beyond the Persian Gulf.