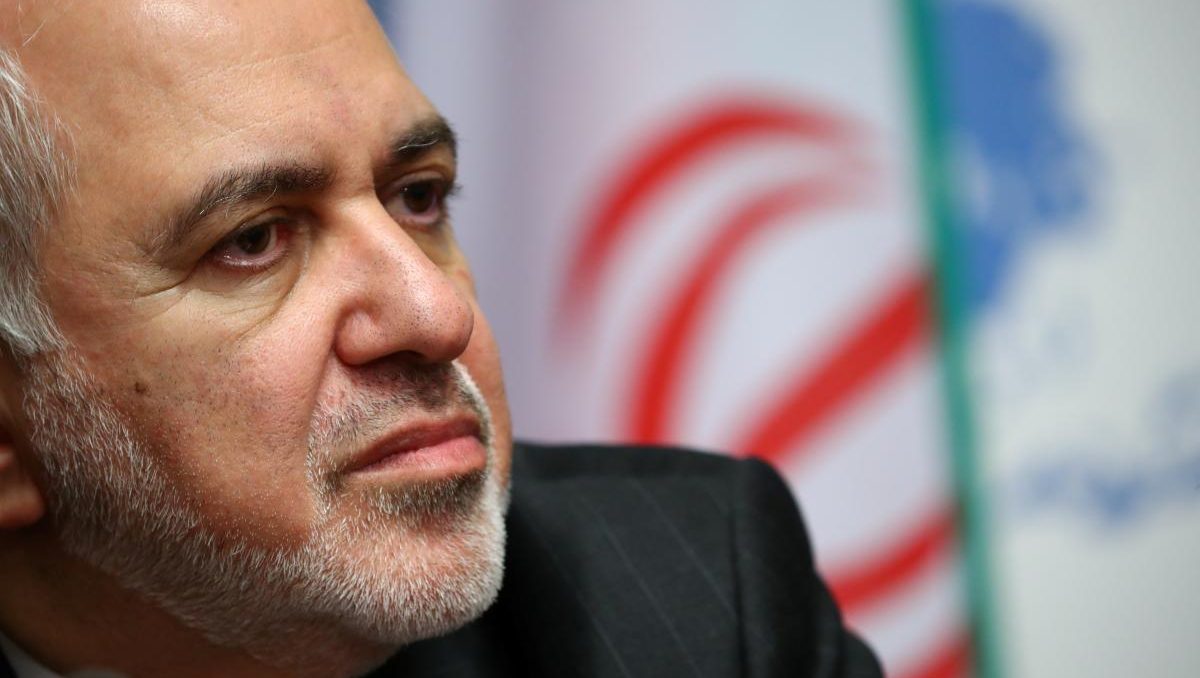 Iran Wants The Nuclear Deal It Made

As a candidate for president in 2016, Donald Trump pledged to stop wasting American blood and treasure on wars in West Asia. During his time in office, Trump instead further trapped the United States in the region and inflamed divisions to the point where a minor incident might quickly spiral out of control and lead to a major war.

The new administration in Washington has a fundamental choice to make. It can embrace the failed policies of the Trump administration and continue down the path of disdain for international cooperation and international law—a contempt powerfully evident in the United States’ decision in 2018 to unilaterally withdraw from the Joint Comprehensive Plan of Action, commonly known as the Iran nuclear deal, that had been signed by Iran, China, France, Germany, Russia, the United Kingdom, and the European Union just three years earlier. Or the new administration can shed the failed assumptions of the past and seek to promote peace and comity in the region.

U.S. President Joe Biden can choose a better path by ending Trump’s failed policy of “maximum pressure” and returning to the deal his predecessor abandoned. If he does, Iran will likewise return to full implementation of our commitments under the nuclear deal. But if Washington instead insists on extracting concessions, then this opportunity will be lost.

Some Western policymakers and analysts continue to speak of “containing” Iran. But they would do well to remember that as a powerful player in the region, Iran has legitimate security concerns, rights, and interests—just as any other nation does. They must recognize those concerns rather than subscribe to the tired delusion that Iran should not enjoy the same rights as every other sovereign nation. We have always made it abundantly clear that we will respond positively to any initiative for regional dialogue advanced in good faith. To us, goodwill begets goodwill.

In search of a new paradigm

The last two decades of U.S. military involvement in our region have caused untold damage while achieving little. According to the Watson Institute for International and Public Affairs, the wars that followed the 9/11 attacks have directly claimed at least 800,000 lives—and indirectly, many more. Since 2001, at least 37 million people in the region have been forced from their homes.

Thanks to U.S. invasions and arms sales, Iran’s neighborhood has become the most militarized region in the world. Saudi Arabia, a country with a native population of only 27 million, is the world’s top arms importer, mainly buying from the United States. The United Arab Emirates (UAE), another leading purchaser of U.S. weapons, has no more than 1.5 million citizens but is the eighth-largest arms buyer on the planet. These countries have used the weapons they have bought to rain death and destruction on civilians in Yemen, and the White House gave them first a green light, under President Barack Obama, and then carte blanche, under Trump, to do so.

During the Trump presidency, Washington took its predilection for conflict directly to Iran’s door. Last January, the United States assassinated General Qasem Soleimani, making an already fraught situation in a region plagued by terrorist violence all the more unstable. The murder removed a leading commander in the fight to push the so-called Islamic State (or ISIS) and other militant groups back from Iraq and Syria—and it added an unforgivable crime to the already long register of U.S. transgressions against Iran.

The United States cannot easily undo the damage its actions have caused. But a new administration can address one major blunder of its predecessor, and that is Trump’s withdrawal in 2018 from the Iran nuclear deal. The U.S. president tried to torpedo a major multilateral diplomatic achievement and then initiated a campaign of blunt economic warfare targeting the Iranian people, in effect punishing Iran for its adherence to a UN-endorsed agreement. The sanctions that the Trump administration imposed and reimposed have made it nearly impossible for Iran to import even the items required to tackle the COVID-19 pandemic. But these hardships have not forced us to surrender, nor have they collapsed our economy or changed our strategic calculus.

Rather, pressure against Iran has time and again produced—and will always produce—the exact opposite of its intended result. In 2005, for instance, the United States and its allies demanded that Iran relinquish the right to enrich uranium and unjustly imposed sanctions through the UN Security Council. Despite that economic pressure, between 2005 and 2012, Iran increased its number of centrifuges from 200 to 20,000 and produced more than 17,000 pounds of enriched uranium of 3.67 percent concentration and more than 440 pounds of 20 percent enriched uranium. Similarly, the Trump administration’s campaign of “maximum pressure” has coincided with the expansion of our stockpile of low-enriched uranium from 660 to 8,800 pounds and the upgrading of our centrifuges from the older IR-1 models to the far more powerful IR-6.

The United States’ jettisoning of the nuclear deal did prove one thing—that the signature of Iran’s foreign minister carries more weight than that of the all-powerful U.S. president. Even Obama failed to prevent the U.S. Congress from passing a ten-year extension of the Iran Sanctions Act, in clear violation of the very deal his administration negotiated. Trump’s disregard for U.S. obligations—flouting not just the nuclear deal but a UN Security Council resolution endorsing the deal—reinforced the impression that the United States is an unreliable partner.

So yes, Iran has significantly increased its nuclear capabilities since May 2019—but it has done so in full conformity with paragraph 36 of the nuclear agreement, which allows Iran to “cease performing its commitments” under the deal should another signatory stop performing its own. If the new U.S. administration hopes to alter the current trajectory, it needs to promptly change course.

What should come next

The incoming Biden administration can still salvage the nuclear agreement, but only if it can muster the genuine political will in Washington to demonstrate that the United States is ready to be a real partner in collective efforts. The administration should begin by unconditionally removing, with full effect, all sanctions imposed, reimposed, or relabeled since Trump took office. In turn, Iran would reverse all the remedial measures it has taken in the wake of Trump’s withdrawal from the nuclear deal. The remaining signatories to the deal would then decide whether the United States should be allowed to reclaim the seat at the table that it abandoned in 2018. International agreements are not revolving doors, after all, and it is not an automatic right to return to a negotiated agreement—and enjoy its privileges—after one simply leaves on a whim.

That return to the table will be jeopardized if Washington or its EU allies demand new terms for a deal that was already carefully constructed through years of negotiations. Let us be clear on this point: all the parties to the nuclear agreement (including the United States) agreed to limit its scope to nuclear issues for very pragmatic reasons. We carefully negotiated timelines for the restrictions the deal imposed, and Iran agreed to forego many economic benefits resulting from the deal because of those timelines. Iran’s defense and regional policies were not up for discussion, because the West was not prepared to abandon its interference in our region, which has caused such turmoil for decades; nor was the United States—or France or the United Kingdom, for that matter—ready to limit its lucrative arms sales, which have fueled conflict and drained the resources of our region. As part of the nuclear negotiations, Iran accepted five- and eight-year limitations on defense and missile procurements respectively. The bargains—and indeed sacrifices—we made to secure the deal cannot be undone; not now, not ever. There cannot be any renegotiations. The United States cannot insist that “what’s mine is mine and what’s yours is negotiable” and expect to have its way with Iran.

Separate from the nuclear issue, Iran has always been willing to discuss the problems plaguing our region. But the peoples of the region, not outsiders, must resolve these issues. Neither the United States nor its European allies have the prerogative to lead or sponsor future talks. Rather, the Persian Gulf region needs an inclusive regional mechanism to encourage diplomacy and cooperation and to lower the risk of miscalculation and conflict.

Iran has long advocated creating a forum for regional dialogue—from the time of UN Security Council Resolution 598 in 1987 to the Hormuz Peace Endeavor, also known as HOPE, which Iran presented to the UN General Assembly in 2019. Within such a forum, countries can address anxieties with confidence-building measures, resolve grievances through dialogue, and engage in mutually beneficial efforts to solve shared problems and safeguard collective interests. HOPE is not a blueprint for the future—any permanent arrangement has to be arrived at collectively by all regional powers. But the proposal reflects Iran’s aspiration for a strong, stable, peaceful, and prosperous community of countries, free from the impositions of regional or global hegemony.

HOPE’s framework is built upon universally recognized principles. These include respect for sovereignty and territorial integrity. The participating states would pledge to show respect for one another’s historical, religious, and national symbols and to avoid intervening in one another’s internal or external affairs. Within what we have dubbed the “Hormuz Community,” states would commit to settling disputes peacefully and eschew participating in coalitions or alliances against one another. In October 2019, Iranian President Hassan Rouhani wrote letters to all the Hormuz Community states—Bahrain, Iraq, Kuwait, Oman, Qatar, Saudi Arabia, and the UAE—to officially invite them to join the initiative. That invitation is still on the table.

For HOPE or indeed any similar endeavor to succeed, regional states—and outside powers—must accept certain realities. These begin with the fact that the region’s future can and must be decided only by its peoples. Any other approach is bound to produce failure. To this end, the West should abandon its policy of patronage and blind support for the bad behavior of regional clients in the name of contending with an illusory Iranian threat. All littoral states of the Persian Gulf, without exception, must be included in any regional endeavor, and both regional and outside actors must recognize and respect the legitimate national rights, interests, and security concerns of all.

Westerners, and especially Americans, need to modify their understanding of Iran and the region if they are to avoid the mistakes they have made chronically in the past. They must observe and respect the sensitivities of the peoples of the region, particularly regarding their national dignity, independence, and achievements.

We in the region are capable of addressing our own problems, provided that outsiders do not act as spoilers for short-term dividends or to abet the agendas of unscrupulous clients. During the past four years, we have, sadly, come very close to catastrophe several times. Iran has exhibited strategic restraint throughout this period. But Iranians are running out of patience, as legislation our parliament passed in December clearly indicates: the new law requires Iran to boost uranium enrichment and limit UN inspections if sanctions are not removed by February.

The window of opportunity for the new U.S. administration will not be open forever. The initiative squarely rests with Washington. The Biden administration’s first step ought to be to seek to redress—rather than attempt to exploit—Trump’s dangerous legacy of maximum failure. It can begin by removing all sanctions imposed since Trump assumed office and seek to reenter and abide by the 2015 nuclear deal without altering its painstakingly negotiated terms. Doing so will open new possibilities for peace and stability in our region.