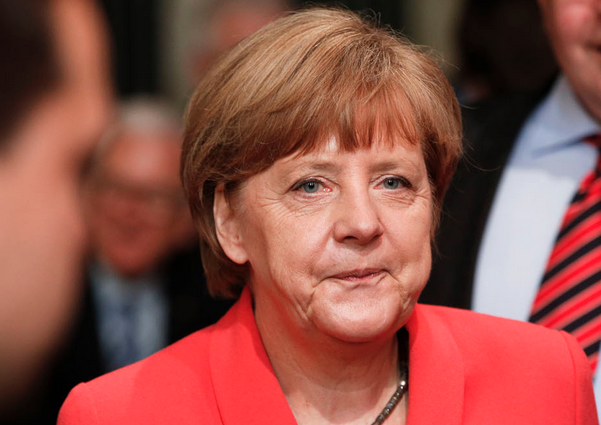 German Production Is A Facade Built On Bad Loans…

Well Greece and China have certainly taken away the need for Russia and ISIS breaking news so there’s that…..  How very nice that 2 of the top 3 global threats apparently provide the West some breathing room when we have other issues to deal with.  Surely this isn’t just the media determining what should be our concern and what should not?  But I digress….

I want to dig into the Greece situation to provide some clarity that I feel has been lacking in mainstream media.  The Greece situation is a terrible tragedy for the Greek people.  However, the real crux of the matter is out of their hands.  Money that is not there cannot be used to pay down debt.  And so while the referendum was symbolic it really didn’t change the course of history.  The true discussion and debate has been between Germany and the ECB and this dissent between the two is becoming ever harder to cover up.  The following quote from Reuters really brings this to light.

Draghi’s support for Greek banks came under attack from German Bundesbank chief Jens Weidmann, a senior ECB policymaker, who said it was up to governments, not the central bank, to provide any aid to Athens.

“Central banks need to show where their limits lie,” he told an audience in Frankfurt. “It needs to be crystal clear that responsibility for further developments in Greece … lies with the Greek government and the countries providing assistance – not the ECB Governing Council.”

You see as much as the ECB talks a big game with ultimatums of a forced Grexit, the ECB fears such a result more than the Greeks.  To understand this one only (and always) has to look at a stakeholder’s motivation.  The ECB is an entity that was created for the sole purpose of consolidating authority of European policy.  A central authority of Europe was impossible without a unified currency.  And so the Euro was dreamed up as the mechanism for a central European government.

But by the very same nature, if the Euro goes away so too does the central authority.  And if there is one thing we can all accept is that policymakers do not make policies that end their own reign.  The problem is that while the ECB prints the money to keep Greece in the Euro it is the Germans that fund a majority of the risk.  And this explains the earlier quote.  Weidmann was essentially reminding Draghi that while his title may represent the Emperor, he surely hath no clothes.  It’s about knowing one’s place when the bell tolls.

Now one mustn’t have too much sympathy for Germany either.  Certainly it is never easy watching a nation being forced into subsidizing the survival of another nation who’s domestic social policies have contributed to its economic breakdown.  That said, Germany, during the mid 2000’s drove its economy by delivering cheap loans to the peripheral Eurozone economies which were then used to buy German products.  Of the €800B or so that the Germans lent the periphery nations, much of that was lent prior to the credit crisis of ’08 (i.e. by their own choice).  A great discussion of the intricacies of the subject can be found at CERP’s policy portal, Vox, in a short article by Paul de Grauwe and Yuemei Ji.

The reason Target2 Net Claims (refer to chart below sourced from Wikipedia) did not depict the increasing risk is that the current account surpluses during the mid 2000’s in the above chart were offset by capital outflows, which were the loans being provided to boost net exports in the current account.

And so similar to the US banks who funded home owners that shouldn’t have received mortgages and made a fortune doing so – at least initially, the Germans funded the periphery nations in an effort to drive output growth domestically.  However, financing a large portion of ones’ customer purchases is a high risk endeavour.  And the Germans are in the midst of this hard lesson.

The point is that the Germans acted carelessly in the years following the Euro implementation in order to boost German gross domestic product on the back of high risk loans.  Now that those high risk loans are defaulting, resulting in potentially massive losses to German tax payers, Germany is putting all of the blame on the borrowers rather than accepting some of that responsibility themselves.  And it is not just Greece that received these loans but Italy, Spain, Portugal, France and Ireland.  There remains significant risk on the debts held against those nations as well.

At the end of the day, the high probability risk is in the devaluation of the Euro as fiat currency allows for infinite printed supply.  And while one nation may default, the debts will be rolled via money supply increases.  In effect, this is how all public debts in the US have been cleared for 45 years.  Does the US government really repay principal with actual earned cash?  Absolutely not, they cannot because they run perpetual budget and current account deficits.  They simply raise the debt ceiling which allows them to roll the debt over.  Now a weaker Euro is actually what is needed for most of the periphery Eurozone nations to improve economically and so perhaps this is all just what the doctor ordered.

But the real devil or catastrophic risk is going to be in the depth of the systemic interrelatedness of the remaining debt securities collateralizing the banking system and to the extent those valuations are disrupted by the uncertainty of the Greek situation.  For it is when the banking system quivers that an economic system rife with debt comes tumbling down.  In fairness, it seems the wizards behind the curtain have the Greece situation handled as not even the referendum appears to have swayed the plot of this Greek tragedy.

In fact, the referendum seems to have come and gone almost unnoticed; a mere blip in history that seems already forgotten, at least to the negotiations.  We’ll see if the Greeks themselves succumb to the hypnotic tone of the central government that refuses to give up control of the tiny nation.  Free will?  Not in a centrally governed world my friends and don’t ever lose sight of that fact.  You have to pay to play and the price is self determination as is succinctly described by Jacques Delors, architect of the Euro, in a 2011 interview with the telegraph, speaking on the sustainability of the Euro.

The choice is “either to accept a greater transfer of sovereignty or to submit to a common discipline”.

His point is that a central monetary system cannot be sustained in a multi-state setting unless all participants are willing to succumb to a common rule, so in effect, a transfer sovereignty.

Greece, a nation at the root of civilization has become but a beggar willing to sit, roll over and bark at the command of its masters, waiting for the proverbial bone to be thrown.  The referendum seemed initially as though the Greeks were ready to take back their dignity, but alas, the next few days will tell if they were serious or if again they were just performing the tricks they’d been instructed.  Don’t be surprised if the Greek reforms do not make it into law as required by the Troika in order for Greece to receive this round of scraps.  But certainly, by those whose authority is a result of the ECB, you can be sure last night’s theatre ended with a back room toast of some Balvenie 40 yr old Speyside single malt scotch.  As a small taste of victory was to be enjoyed.