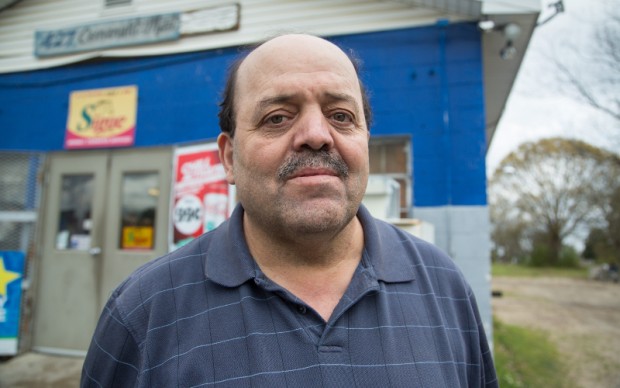 Above Photo: Of the 700 known victims of IRS confiscations related to “structuring,” Ken Quran is the only one to have received his money back. (Photo: Institute for Justice)

Since 2014, the Internal Revenue Service has ceased confiscating the property of innocent individuals. Or have they?

No one wants to throw cold water on the party, especially when it comes to a victory over the IRS. However, an exclusive interview with Attorney Robert Everett Johnson of the Institute for Justice (IJ) reveals how little the tax-collection agency has conceded with their policy updates.

A June 16 press release from IJ notes that the “IRS has not only admitted to doing wrong, but it is now helping to undo the damage.” They also quote Johnson, the attorney handling the legal battle of now-prominent victims, as saying they “are thrilled the IRS is now taking steps to give [confiscated money] back.”

Note that the IRS made a voluntary policy change in late 2014, after being on the receiving end of bad press. They, at least publicly, ceased taking people’s money in the limited cases of “structuring” (government jargon for multiple transactions near but below $10,000), which went on without any accusation of wrongdoing, let alone a criminal conviction.

Then this month the news came out that at least some people might even get their money returned, after IJ initiated petitions for remission in July 2015. The IRS has sent out letters to known victims, and Johnson says the “right to file petitions is an important and welcome step.… Having recognized that it was wrong to take the money, the IRS should do the right thing and give the money back.”

Such is the grave lack of IRS accountability, this development was a major coup. Only when digging into the details, however, does the picture become less rosy and in urgent need of legislative attention.

In a written statement to TRI, Johnson acknowledges:

We still are waiting to see whether the government will actually grant these petitions and agree to return the money. For many … the ultimate decision to grant or deny the petition lies with the Department of Justice rather than the IRS. The IRS has granted one petition filed by IJ, on behalf of a North Carolina convenience store owner named Khalid Quran…. IJ is still waiting for DOJ’s decision on a petition that we filed on behalf of a Maryland dairy farmer named Randy Sowers. The big open question is whether the Department of Justice will follow IRS’s lead and agree to do the right thing.

Then comes the process of applying, when of course the money should automatically be returned to its rightful owners. IJ offers resources for victims of confiscations, including a petition template, but Johnson notes that the IRS is not exactly making the process easy: “It’s a significant process. It’s not just sending them a quick letter. It does take a fair amount of effort.” That means it is only worthwhile if an individual has lost a considerable amount of money.

Further, neither Kuran nor anyone else will get compensation from the IRS for harm done.

“There’s no mechanism for the IRS to truly make people whole,” Johnson says. “It’s a problem, for sure.… Even at the end of the day when people get their money back, they still have been harmed.… But that only goes so far.”

Perhaps the most chilling revelation from the interview, though, was that the IRS appears to have only “slowed down significantly, in terms of how many of these cases it’s pursuing.” Johnson says this may only be temporary and remains concerned that these policy changes are simply voluntary and haven’t actually been enacted into statute. “So, if the IRS doesn’t follow its policies, people have really no legal recourse,” he said.

Regardless of the purported policy, IRS agents only need to give an accusation, and the floodgates are wide open. Why wouldn’t they? They have a perverse incentive to confiscate people’s money without convictions — “innocent until proven guilty” be damned. The money goes to the Treasury Forfeiture Fund, which the IRS can then simply draw from for internal expenditure like their own personal ATM of stolen cash. “In a very real sense,” Johnson says, “the IRS is funding its own operations by taking people’s money.”

That is why Johnson is adamant on the need for the Due Process Act (H.R.5283), introduced in the House of Representatives in May. As explained by Jason Pye of FreedomWorks, this bill would “raise the evidentiary standard in federal forfeiture cases to ‘clear and convincing.’” This means that the burden of proof in these cases would once again be placed on the government, where it belongs.

Tax Revolution Institute Legal Director Robert Rodrigo, however, believes the solutions offered thus far are still too weak, and says the evidentiary standard in these cases must be “beyond a reasonable doubt.”

“No seizure should ever happen before due process, and no seizure should be made without a finding of guilty to a statutory criminal violation,” he said. “Leaving seizures to the whims of government officials, and requiring the burden of proof to be on the accused in these cases after the seizure is made, is one of the most unfair practices in our society.”