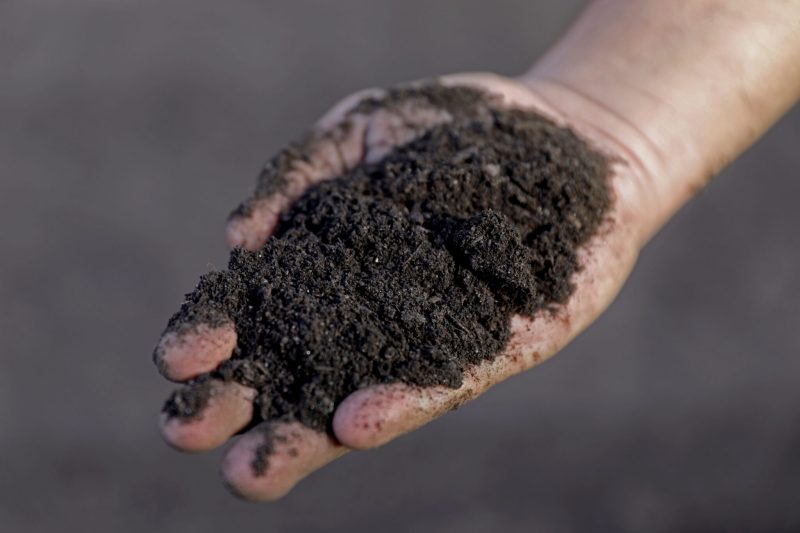 Is A Program To Foster Sustainable Farming Leaving Out Small-Scale Growers Of Color?

Small Farm Advocates Say The State’s Healthy Soils Program Is Pitched Toward Big Ag And Makes It Hard For Smaller, Diverse Farmers To Access Or Make Use Of It.

After a heavy rain, Steven Cardoza can walk through his 300 acres of organic raisin grapes near Fresno and emerge with clean boots. His soil soaks up water like a sponge, barely a mud puddle in sight—a sign of healthy soil, Cardoza said.

The third-generation farmer is committed to regenerative agriculture and two years ago, he eagerly applied for and received a grant from California’s Healthy Soils Program to further practices like planting cover crops and composting.

Offered through the California Department of Food and Agriculture’s Office of Environmental Farming and Innovation, the Healthy Soils Program  is among a suite of programs that provide incentives for sustainable farming practices, and the HSP is the first state-led project to offer financial awards to adopt soil health as a way to reduce greenhouse gases and increase carbon sinks. Jeanne Merrill, policy director for the California Climate and Agriculture Network, calls it, “groundbreaking.”

But Cardoza has since become disillusioned with the program, also known by its acronym, HSP.

“It’s modeled after large-scale, monoculture agriculture,” said Cardoza. He added that the program is “massively disadvantageous” to small-scale farmers with diversified operations, as well as to those who can’t speak English fluently, while big, well-resourced operations can easily take advantage of it.

Cardoza is among many sustainable agriculture advocates who say that barriers in the program must be addressed.

“It’s the law,” said Ruth Dahlquist-Willard, a small farms advisor with the University of California Cooperative Extension in Fresno.

The Farmer Equity Act, passed in 2017 requires the California Department of Food and Agriculture, the department that administers the healthy soils program, to ensure the inclusion of farmers and ranchers who have been subjected to racial, ethnic or gender discrimination, including African Americans, Hispanics, Asian Americans and women, when developing programs or policies. The bill categorizes this group as “socially disadvantaged.”

About 37 percent of California farmers are women, and 19 percent of the state’s farm operators are farmers of color, but that percentage may be undercounted, according to the California Climate and Agriculture Network (CalCAN.)

While the state agriculture department reserves 25 percent of its funds for socially disadvantaged farmers, and last year awarded 27 percent of its grants to this group, many advocates familiar with the soil health program said it needs to better prioritize this population. A recent CalCAN analysis found another climate smart agriculture program had distributed 42 percent of their funds to the historically underserved population.

A first-come, first-serve award system may be partly to blame, as larger operations with office staff or money to hire a grant writer have been able to secure money more quickly. “Those farmers who have fewer resources, and often those were farmers of color, got in their applications later. But the money was already gone,” said CalCAN’s Merrill.

For the first four years, the program was primarily funded by money generated from the auction of greenhouse gas emission allowances in the state’s cap-and-trade program. But this proved an unsteady source of income and this year, California dedicated general fund dollars to the program.

In addition to the 25 percent of funds the state agriculture department sets aside for socially disadvantaged farmers in the healthy soils program, the agency also steers money toward farmers based in communities the state has recognized as unduly burdened by polluted air and water, as dictated by a 2016 law for programs receiving funds from the auction of greenhouse gas emissions.

Dahlquist-Willard said that allocating funds to those communities might make sense for some environmental justice programs, but it doesn’t serve as a good tool for guaranteeing equity to farmers, because low-income, small-scale farmers may live in those communities, but they do not necessarily farm there. In fact, Dahlquist-Willard said, a Healthy Soils Program grant awarded within a designated disadvantaged community is “more likely going to a large operation,” meaning one that’s several hundred acres, rather than the 0.5- to 50-acre farms she works with.

Dahlquist-Willard recently analyzed where small, diversified farms owned by Southeast Asian immigrants were located in Fresno County. She found that nearly 63 percent were outside the boundaries of disadvantaged communities. In areas near the central California coast, up to 94 percent of small scale Asian and Latino operated farms were outside of those designated priority areas.

Even when there are funds available, the soils program can be difficult for farmers who grow many crops, as well as immigrant farmers who may not speak English fluently, to access or make use of. It’s also hard for lower-income growers who lease their land year to year to successfully complete an application, because the program requires a three-year commitment for all who participate. And HSP takes a largely prescriptive approach—requiring that one practice be applied to the same plot of land for the entire time. But smaller operations tend to grow a diverse range of crops that require intricate rotation and the ability to swap out crops due to weather, water availability and other factors. “So if you get money to plant cover crops, for example, you might not always have the same section of your farm fallow from year to year,” said Jessie Kanter, a research assistant with the small farm teams at the University of California Cooperative Extension.

This can make the documentation required annually for participants in the program maddening, said Cardoza. Even though the soil program’s online “paperwork” has been simplified over the years, he said he knows several growers who have started an application, only to give up in frustration.

“Someone who farms 5,000 acres of almonds, and they have a 150-acre block here, and a 150-acre block there, I could do their grant application in three or four hours,” he said. “But doing one for a 10-acre diversified farmer will take you 40 hours.” In 2020, 70 percent of Healthy Soils Program funds went to commercial orchards and vineyards, according to the CalCAN analysis.

A state agriculture department spokesman said the program is navigable to low-income, small-scale farmers thanks to a portion of money that pays for technical assistance providers who help with applications and implementation. But Kanter, who has provided technical assistance, says the providers are often juggling a lot, and it’s easy to get buried and lose funding to other applicants who can turn in applications quickly, especially since demand for the program has increased six-fold since it started.

“If you’re helping 15 different farmers who are growing upwards of 20 different crops, and English isn’t their first language, it can take longer, and then you risk not actually accessing those rewards,” Kanter said.

A Heightened Sense Of Urgency

Since its inception in 2016, the soil health program has dispensed about $50 million toward roughly 600 projects, resulting in a reduction of 107,000 metric tons of carbon per year, according to the food and agriculture department. Most grants go to individual farmers for practices such as mulching, composting (the most popular) and whole orchard recycling, but some money pays for “demonstration projects.” Cardoza, for instance, partnered with a University of California Cooperative Extension office and split a $100,000 grant that turned 20 of his acres into an outdoor classroom for other farmers interested in learning about composting and the benefits of planting hedgerows.

This year, California significantly increased funding to HSP, kicking in tens of millions of dollars from the state’s general fund and pledging $160 million to the program through 2023. This move came on the heels of an executive order by Gov. Gavin Newsom in 2020 that urged the state to figure out how California’s forests, farms, wetlands and other landscapes could help achieve carbon neutrality.

Jamie Fanous, a policy advocate with Community Alliance with Family Farmers, an organization dedicated to sustainable food and family farms, said that as the program scales up, there’s a heightened sense of urgency. “We want to make sure that this funding reaches small scale farmers and farmers of color,” she said. “Because historically, government programs have not reached those growers in the way and the scale that they have with larger operations.”

She and other sustainable agriculture advocates would like to see an evaluation of the program performed to better understand where money is going and determine whether farmers who receive grants stick with healthy soils practices once their three-year grant dries up. Cardoza, the organic raisin grape grower, said he wonders whether some conventional farmers are gravitating toward HSP not for the long-term environmental benefits, but for free compost, at a time when nitrogen fertilizer costs are soaring. “It’s about the bottom line,” he said. “I can’t blame them. In their position I’d do the same thing.”

The Healthy Soils Program is currently accepting applications through February, or until funds run out. As of late December, farmers had made requests totaling about 60 percent of available dollars for individual projects. Because the program has so much more money to award this year, there’s less concern that applicants might miss out on a piece of the pie. Still, Dahlquist-Willard said the administrative process remains a hurdle for some small scale, less tech-savvy farmers. She’s heard from technical assistance providers who have had farmers’ applications get denied on minor technicalities. While they can resubmit, that extra time may place them farther back in line.

Sustainable farming advocates know California often leads the way, and they want equity at the forefront. “There are at least a dozen other states that have healthy soils programs or policies across the country, and they’ll look to California,” said Fanous. “I hope that changes get made before other states just copy and paste this program.”