Is Dominion’s Grip On Political Power At A Crossroads?

Editor’s note: During the past two decades, Dominion Energy has emerged as one of the most influential political forces in Virginia.

Last month, in a decision that could allow the Richmond-based monopoly to reap an estimated $1 billion windfall, the Virginia Supreme Court confirmed that the General Assembly can constitutionally freeze electric rates.

This is the final installment of a three-part series that explores the utility’s transformation and political power – and what that means for the company’s 2.5 million customers. 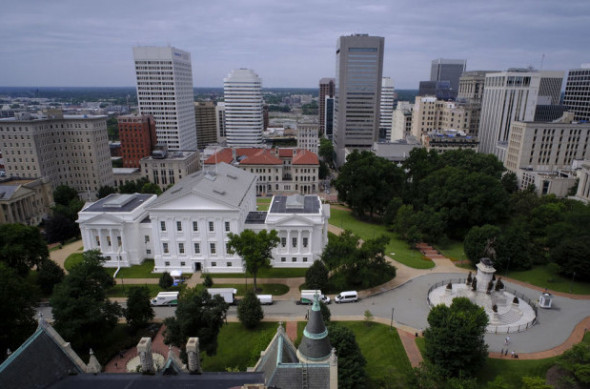 The Virginia State Capitol, photographed from the top of the clock tower at Old City Hall in Richmond on Friday, June 23, 2017. BOB BROWN/TIMES-DISPATCH

In August, a group of state lawmakers got a rosy view of the landscape that has emerged in the decade since the state veered away from an experiment with retail competition and resumed regulation on terms pushed by its biggest monopoly utility: Dominion Energy. 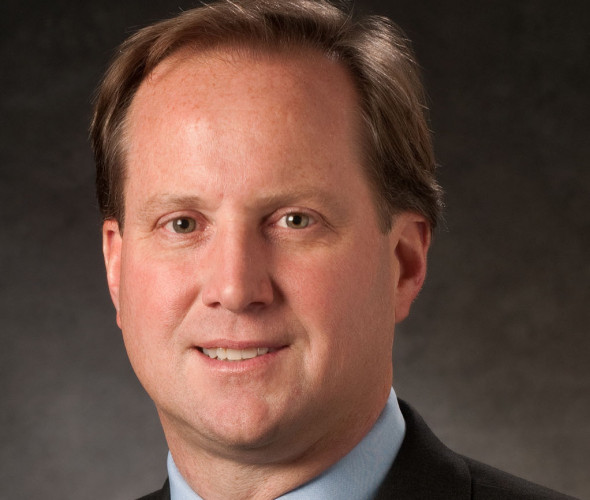 Dominion’s Mark O. Webb, a senior vice president, extolled the surge in solar development and the “rate stability” ushered in by a controversial 2015 law, recently upheld by the Virginia Supreme Court, that suspended the ability of regulators to review utility earnings for the purpose of issuing refunds to customers.

Experts from the State Corporation Commission, which regulates electric utilities, sat in silence in the audience.

Lawmakers hadn’t asked to hear from the staff of the commission, created by the 1902 Virginia Constitution to rein in the railroad companies that then ran roughshod over their customers and the General Assembly. 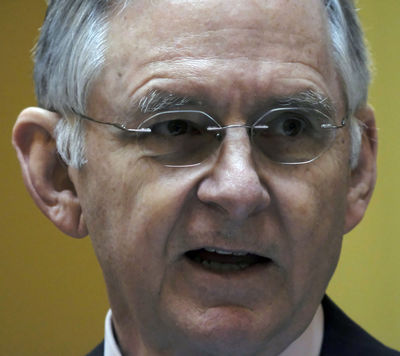 And they wouldn’t have been mentioned at all until Sen. Thomas K. Norment Jr., R-James City, the majority leader and chairman of the legislative commission, with a last-minute jab acknowledged the presence of the SCC staff members, calling them a “rogue’s gallery.” He said he envisioned inviting the regulatory agency back to present later, but the invitation has yet to be made.

That kind of one-sided hearing hasn’t been unusual in recent years. Along with the rate freeze bill, which SCC reports say allows Dominion to keep hundreds of millions of dollars in excess earnings, it is a testament to the degree to which Virginia’s biggest utility has succeeded in sidelining its regulators with the help of key members of the legislature.

Some of those lawmakers are also major recipients of Dominion’s campaign spending, which outstrips every corporate donor in Virginia. 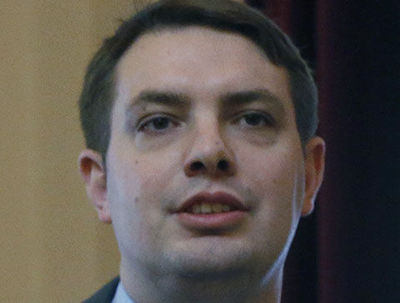 Sen. David R. Suetterlein, R-Roanoke County, partnered with Sen. J. Chapman Petersen, D-Fairfax City, last session on a bill that would have repealed the rate freeze law. The measure died early in the Senate Commerce and Labor Committee, and attempts to revive it during the session illustrated how lonely it can be for lawmakers on the wrong side of a bill Dominion wants to pass or fail.

“As a regulated monopoly, Dominion is very involved at the General Assembly and the State Corporation Commission is constitutionally responsible for overseeing a lot of things related to Dominion’s business,” Suetterlein said. “Unfortunately, they’ve been able to convince the General Assembly to kidnap the SCC’s authority.”

But that hasn’t stopped the State Corporation Commission from pushing back in some cases, and in one recent example exerting its power in defiance of the General Assembly. Last month, for a second time, the commission rejected the bulk of a Dominion plan to bury several thousand miles of electric lines.

The commission’s decision came despite explicit legislative direction from the General Assembly last session to cast a more favorable eye on the program. The SCC’s three commissioners, who are elected by the legislature, unanimously concluded that at an eventual price tag of $6 billion to ratepayers, the cost outweighed the benefits.

With the utility’s role in state politics and its projects — from a major natural gas pipeline to unpopular transmission lines and coal-ash cleanup — under increasing scrutiny, some observers sense the winds may be shifting for a corporation that for decades has enjoyed a dominant position in state governance and politics.

“We now live in a political environment where there are voices that are powerful enough and vocal enough that they can call the largest public monopoly utility in the state on the carpet and they feel like they have to defend themselves,” said Quentin Kidd, a professor of political science at Christopher Newport University.

After the electric utility commission meeting in August, Norment said the panel didn’t hear from the State Corporation Commission because it wouldn’t have been fair to make the SCC staff respond “on the fly” to the presentations from Dominion and Appalachian Power.

“We’ve heard from the industry,” said Norment, who has received $115,240 in campaign contributions from Dominion over the past two decades, according to the Virginia Public Access Project. “I’d like to hear from the regulatory side as to what their perspective would be. They come at it from a totally different perspective.”

When that perspective will get an airing remains to be seen. The Commission on Electric Utility Regulation has met just three times since 2014. It didn’t meet at all in 2016, and the next meeting has not been scheduled.

Contrary to Norment’s concerns, the SCC had been preparing its yearly report on utility regulation and was armed with all the information it needed.

“Certainly staff was well aware of all the issues that could have been raised at that time,” said SCC spokesman Ken Schrad.

Among the more salient findings they could have shared with lawmakers: Dominion took in as much $252 million above its authorized return in 2016. Because of how customer refunds are calculated, not all of that money would be due back to ratepayers. But Dominion would have owed its customers between $133 million and $176 million for 2015 and 2016 if the rate freeze weren’t in effect, the SCC found.

Dominion’s excess earnings could have been as high as $426 million if not for the $174 million in coal ash cleanup costs it listed as expenses, the SCC said. In a rate review, the SCC would invite legal arguments, which typically come from large industrial customers or consumer groups, about whether those expenses should be charged to customers.

“How those expenses are treated — whether they’re charged against earnings — affects the potential refund to customers,” Schrad said. “So all customers have a stake in that game. It’s either paid for by ratepayers or it’s paid for by stockholders.”

Norment, a reliable and powerful Dominion ally, isn’t the only utility-friendly lawmaker on the  Commission on Electric Utility Regulation.

Sen. Frank W. Wagner, R-Virginia Beach, carried the 2015 law that prevented the SCC from conducting rate reviews until 2022 for Dominion and 2020 for Appalachian Power. Del. Terry G. Kilgore, R-Scott, successfully pushed a bill in 2017 that allows Dominion to seek recovery of costs, along with a return on equity, for a pumped hydroelectric generation and storage facility it wants to develop in Southwest Virginia that could cost $2 billion.

And Sen. Richard L. Saslaw, D-Fairfax, the minority leader who has taken more than $318,000 from Dominion since 1996, successfully carried the bill last session aimed at pushing the SCC to approve the line-burial program. He makes no bones about his views on the commission.

“The SCC is on Dominion all the time. Dominion could cure cancer and the SCC could find fault with them,” Saslaw told a reporter during the 2017 General Assembly session.

Though Dominion denied the line-burial law was an end-run around the commission, Saslaw introduced the bill after the SCC rejected a previous version of the  project. Dominion says wait times for power restoration after storms would be greatly reduced if it could bury 4,000 miles of outage-prone tap lines, shielding them from bad weather.

“There is no evidence that any other electric utility in the country has implemented an undergrounding plan at such a high cost to its customers,” the commissioners wrote last month, rejecting the plan by using a provision in Saslaw’s bill that was necessary to make it lawful: the ability to challenge the presumption that the program’s costs are reasonable and prudent. 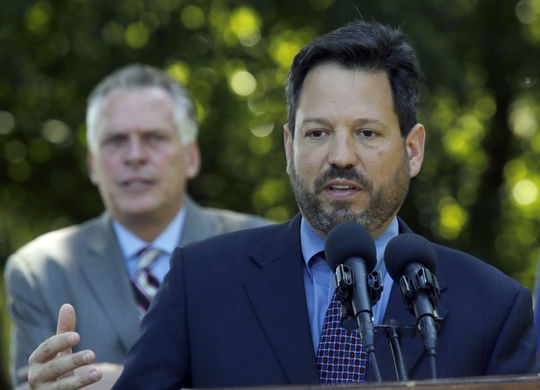 Virginia Governor Terry McAuliffe, left, listens as Sen. Scott A. Surovell, D-Fairfax, right, speaks about the coal ash legislation that he sponsored and that McAuliffe later signed during a ceremony at Ancarrow’s Landing beside the James River in Richmond on Thursday, June 1, 2017. BOB BROWN/TIMES-DISPATCH

Saslaw, who was incensed – pledging to rewrite the bill in the form of a “two-by-four” next session – wasn’t the only lawmaker disappointed by the SCC’s decision.

“We’ve tried to give the SCC guidance many times. And the SCC doesn’t seem to take guidance very well,” said Sen. Scott A. Surovell, D-Fairfax, who voted for Saslaw’s bill.

Surovell said the commission, which he noted has also generally been hostile to renewable energy programs, isn’t immune from political influence itself.

“The SCC is an independent regulator but it’s just as independent as any other court is. The three SCC judges are selected by the General Assembly,” Surovell said. He added that the majority caucuses “like to pick members that have a certain orientation on policy and the law.”

“The idea that the SCC is completely immune from political whims, it’s not entirely realistic but it’s the best system we’ve got,” Surovell said. “I’m sure they resent the legislature trying to tell them how to do their job too much. The utility undergrounding legislation was extremely popular.”

Surovell voted against the 2015 law suspending utility rate review but was hesitant about repealing it, worrying that it could stick ratepayers with storm or environmental cleanup costs. And while he, like many lawmakers, has received Dominion campaign donations — accepting $13,572  since 2009— he knows firsthand that pushing legislation Dominion opposes can be an uphill fight.

Surovell and Sen. Amanda F. Chase, R-Chesterfield, scored a rare legislative victory against Dominion during the last session with a bill that put the brakes on the company’s plans to cap and close in place its coal ash ponds at four sites across the state. The bill required additional study about existing contamination at the sites and analysis of alternatives, including excavating and recycling the ash.

“People tell me the coal ash bill was the first piece of legislation Dominion opposed that passed in recent memory,” Surovell said. “They’re a worthy opponent.”

Del. Kenneth R. Plum, D-Reston, who has been an ally of Dominion and also sits on the General Assembly’s electric regulation commission , said the SCC needs to recognize that the electric industry is changing and help foster renewable energy.

“I don’t want the commission to make a decision that’s going to turn down a solar project or a wind project strictly because it’s not as cheap as coal,” said Plum, who has taken nearly $106,000 in Dominion donations over the past 20 years.

Plum said the commission has exerted its own special interest in the legislature.

“They were in a business themselves, and their business is regulation,” he said.