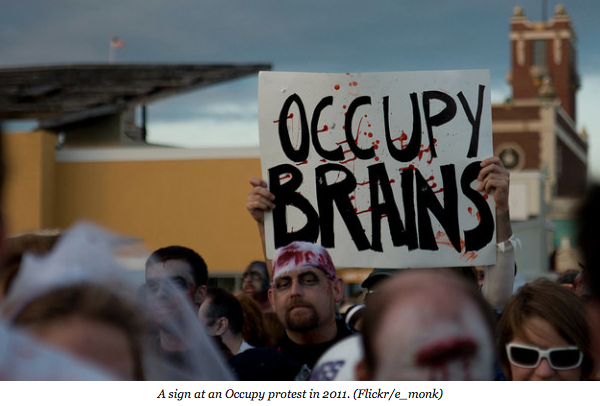 Is Social Justice Driven By Emotion Or Reason?

This spring, researchers at the University of Chicago published a study investigating how perceptions of justice and fairness relate to the human brain. As summarized last week by Erin Brodwin for News.Mic, the study’s main finding—or at least that most relevant to those of us who aren’t neurologists—is that “when people who are more responsive to injustice see things happen that they find morally wrong…their minds respond by accessing the sections of the brain responsible for logic and reasoning.”

Brodwin’s conclusion from the study is that those interested in social change—especially around human rights and environmental concerns—should appeal to logic rather than emotion. While it’s certainly true that powerful fact-based arguments about climate change have catalyzed the movement against it, it is also true that such arguments have been successful largely in mobilizing those not directly impacted by its effects. Understandably so, researchers were not seeking to simulate lifetimes spent dealing with climate change, let alone the realities of abuse or race-based inequality.

Over 40 years ago, Saul Alinsky dealt with this very issue in Rules for Radicals:

Communication occurs concretely, by means of one’s specific experience. General theories become meaningful only when one has absorbed and understood the specific constituents and then related them back to a general concept. Unless this is done, the specifics become nothing more than a string of interesting anecdotes.

It follows that regardless of the inherent logic of a concept, the logic by which a given person finds that logic compelling is rooted in their personal experience. Even activists and organizers operating from a place of relative privilege around the climate crisis, for instance, are not driven to act by facts alone; they interpret those facts through their own experience. Though useful for engaging those already responsive to injustice, the study doesn’t tell organizers how to motivate people to be responsive to injustice in the first place. As Alinksy and centuries of social movement history also tell us, most people act out of logical self-interest rather than a self-less desire to help others. A knee jerk reaction to displays of inequality is one thing, but sustained and active support for a movement confronting that inequality is quite another.

The study, then, presents a dual challenge for organizers looking to communicate with the broader public: engage self-interest in a given issue and then—crucially—provide those activated with the means to tap into the logical, reasonable and arguably strategic parts of their brain. Why do so many people sign petitions or attend demonstrations and then drop out of movements entirely? The study seems to suggest is that the appeal is working, but the follow-up isn’t.

Unfortunately, there is no magic formula for effective follow-up. On the local level, at least, forging strong relationships is hard to beat. In my own student organizing, we were most effective when we equipped as many leaders as possible with the tools they needed to run their own projects that fit within our most basic strategic vision and theory of change. As the study shows, people want to act strategically. It’s just up to organizers to give them the tools and framework to do so.