Is The Post-Capitalism Revolution Already Arriving?

There’s a post-capitalist fuse that connects people as far apart as Mexico and Syria. And the BBC recently aired a couple of broadcasts that suggest the future is already arriving.

The day before, meanwhile, BBC Two broadcast author and journalist Paul Mason‘s play ‘Why it’s Kicking off Everywhere’, which covers similar themes. Both the film and the play raise important questions about moving towards a post-capitalist world, particularly for those who live in ‘conventional’ societies but seek a more progressive future.

His play, though reformist,  is actually updated to the present, with analysis of the Trump phenomenon and the latest neo-liberal tactic of Fake News and defending themselves by a campaign against the concept of ‘Truth’ itself.

Below are some of the places and communities that feature in the two productions.

Rojava is a multi-ethnic region in northern Syria, with a largely Kurdish population. After Syria became a war zone in 2011, communities in Rojava soon decided to defend and govern themselves. And the Democratic Society Movement (TEV-DEM) led this social revolution based on the ideology of democratic confederalism. 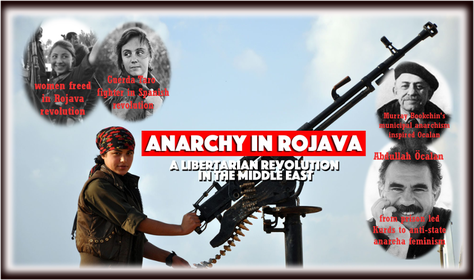 The Kurdish-led self-defence militias of the YPG and YPJ are – as a key part of the Syrian Democratic Forces (SDF) – among the most effective ground forces in the war against Daesh (Isis/Isil).

And as Carne Ross observes:

In terms of historical comparison, this project resembles most closely the short period of anarchism witnessed by George Orwell in Republican Spain during the Spanish civil war in the late 1930s.

Indeed, the YPJ (the all-female self-defence militia) is very much reminiscent of the Mujeres Libres (Free Women) in Spain during the 1936-39 civil war. 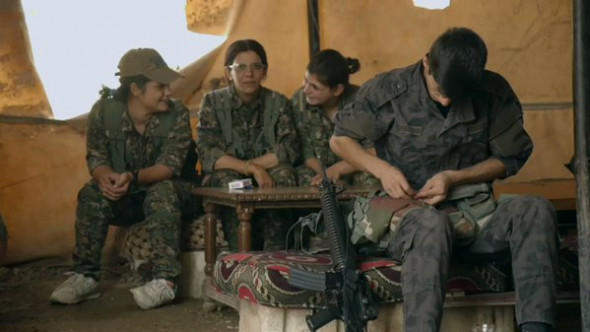 “The Most Feminist Revolution the World Has Ever Witnessed.” Full video: https://goo.gl/nUsf7d @VICE@carneross#YPG#Rojava

In 2015, Greece saw the left-wing Syriza win power on the ticket of rejecting Troika demands for more austerity. But the new government preferred to negotiate terms that satisfied no one. So it’s perhaps no wonder that a grassroots-organised parallel economy persists to this day.

Greece has always boasted an interventionist anarchist movement. One visible feature of this is the network of squatted refugee centres found across the country, but mostly in Athens. 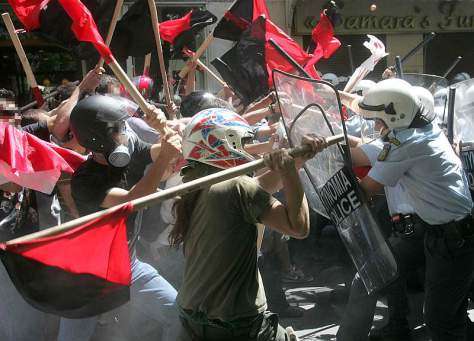 One such centre is Hotel Plaza in central Athens. As well as a playground for refugee children, there are 126 rooms that include a dining room, a kitchen, a bar, a storage room for food, a healthcare centre, a roof garden, a classroom, and a library. The centre also runs its own blog. Others squatted centres include Orfanotrofeio and Hurriya in Thessaloniki. And there is EL CHEf, a food collective set up in 2008 at the height of the economic collapse and now providing food for both homeless people and refugees. 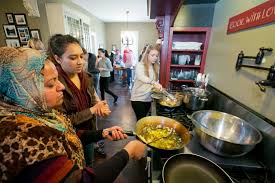 Another example of mutual aid in action is the ADYE health clinic. This operates from a squat and provides patient-centred healthcare free of charge to the communities that live in the Exarchia district of Athens. Since 2015, the majority of the patients treated there are refugees. One of the ADYE clinicians explains:

ADYE is a self-organized structure, all decisions are taken by a majority within the Assembly. We have a horizontal structure, we are all equal, there are no leaders or presidents

2011 saw the rise of the Indignados and the 15-M (May 15) anti-austerity movement, which in time became a vast but decentralised movement. According to Occupy.com, around 8.5 million Spanish people participated in this movement. And in 2011 alone, more than 21,000 protests took place across Spain and helped to inspire the Occupy movement. 15-M evolved from the mass protests and strikes to set up of hundreds of local assemblies. 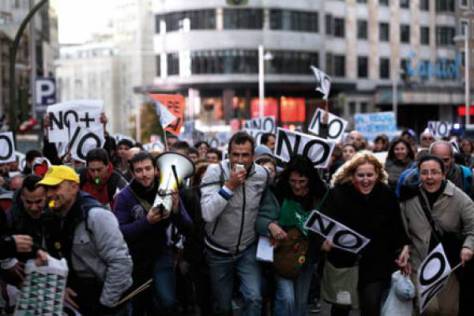 But some of the 15-M activists went on to be elected in new initiatives, such as leaders of city councils. In contrast, striking miners distanced themselves from the Indignados and took up non-lethal arms like “homemade rocket-launchers, catapults and shields”.

Meanwhile, the squatting scene in cities across Spain, together with the anarcho-syndicalist union CNT-AIT, continue to act as a hub for political activism and community cooperation.

Neither Ross’s film nor Mason’s play could cover every revolutionary movement in the world. But one that is definitely worth including is the Zapatistas of Mexico, whose example reportedly influenced (and links with) the revolution in Rojava.

Since 1994, the Zapatistas have openly fought for the right of Mexicans to govern themselves how they see fit, and not how political and economic elites see fit. They’ve also been slowly developing a system of direct democracy in a number of communities in southern Mexico. And they’ve done it independently, without the permission of national elites.

In the first months following their uprising in 1994, when they demanded “work, land, housing, food, health care, education, independence, freedom, democracy, justice and peace”, the Zapatistas reappropriated up to 1.7 million acres of land from large landowners. 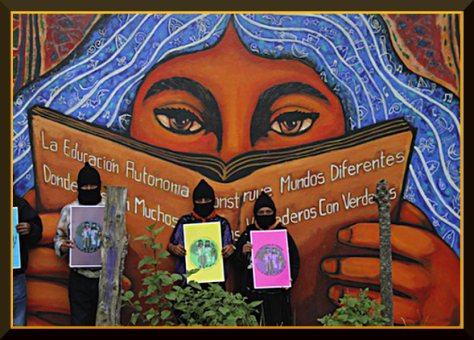 And since 1994, they’ve made numerous achievements. They’ve created five zones, or Caracoles, that boast their own education, healthcare and justice systems; as well as cooperatives producing coffee, creating handicrafts and rearing cattle.

They have built two hospitals, 18 health clinics, and 800 community health houses. And they run 300 schools, with 1,000 teachers, and a centre for secondary education.

They may have a much lower profile than they previously had. But they very much exist. And in December 2012, they reminded people of their existence by marching in their thousands, peacefully and in silence, through nearby cities. They then went back to building and strengthening their alternative political system.

Post-capitalism and the wider scene

But what happens within ‘liberal democracies’ when post-capitalist solutions overtake conventional capitalism?

Our long-term aim should be to push more and more economic activity [to be] done outside the market and the state…[requiring in part the end of] reliance on wages for work. 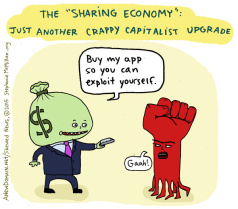 But he adds that the state should continue to provide housing, healthcare, education, and transportation. So perhaps at some point, we will begin to see a society where people enjoy far more leisure and learning time, instead of being defined by wage slavery.

Social revolution, like that practised by the Zapatistas or in Rojava, tends to happen when people are directly faced with authoritarian forces and life-or-death injustices. But in ‘liberal democracies’ like Britain, you can find thousands of examples of mutual aid every day. Just go to any village or any working class community.

And in the end, the ‘fuse’ that connects people is not an ideology, but simple human kindness and empathy. 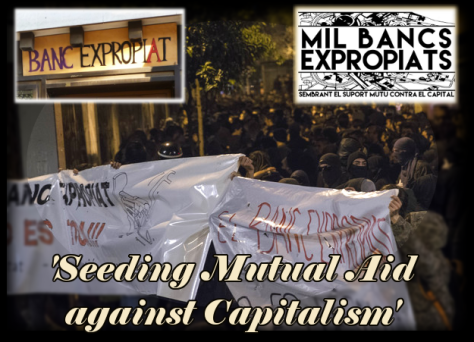 – Organise a showing of Accidental Anarchist in your local community centre.

– Books.. (no free PDFs found):   The Leaderless Revolution by Carne Ross, PostCapitalism by Paul Mason, and more Canary articles on Rojava and the Zapatistas.