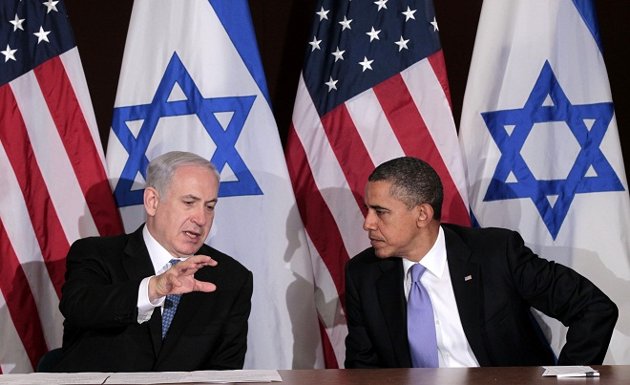 Is US Rush To War Based On Israeli Intelligence?

A team of United Nations inspectors have resumed their second day of investigations at the site of an alleged chemical weapons attack outside Damascus, as western leaders moved towards military action in response to the Syrian regime’s reported use of chemical weapons against civilians.

The UN team left their Damascus hotel early on Wednesday after the operation was suspended on Tuesday following a sniper attack on its convoy on Monday.

The bulk of evidence proving the Assad regime’s deployment of chemical weapons – which would provide legal grounds essential to justify any western military action – has been provided by Israeli military intelligence, the German magazine Focus has reported.

The 8200 unit of the Israeli Defence Forces, which specialises in electronic surveillance, intercepted a conversation between Syrian officials regarding the use of chemical weapons, an unnamed former Mossad official told Focus. The content of the conversation was relayed to the US, the ex-official said.

The 8200 unit collects and analyses electronic data, including wiretapped telephone calls and emails. It is the largest unit in the IDF.

Israel has invested in intelligence assets in Syria for decades, according to a senior government official. “We have an historic intelligence effort in the field, for obvious reasons,” he said.

Israel and the US had a “close and co-operative relationship in the intelligence field”, he added, but declined to comment specifically on the Focus report.

Senior Israeli security officials arrived in Washington on Monday to share the latest results of intelligence-gathering, and to review the Syrian crisis with national security adviser Susan Rice.

In northern Israel, a military training exercise began on Wednesday in the Golan Heights, Syrian territory that has been occupied by Israel since 1967. There have been numerous incidences of mortar shells and gunfire landing on the Israeli-controlled Golan over the past year, prompting return fire by the IDF on occasion.

The Israeli prime minister, Binyamin Netanyahu, was due to convene the security cabinet on Wednesday to discuss impending US military intervention in Syria. Officials are assessing the chances of Syrian retaliation against Israel following US action.

An unnamed senior Syrian army officer told the Iranian news agency Fars: “If Syria is attacked, Israel will also be set on fire and such an attack will, in turn, engage Syria’s neighbours.”

Israel was “prepared for every scenario” and would respond forcefully if necessary, Netanyahu said after the meeting.

Later, Benny Gantz, the Israeli chief of staff, said: “Those who wish to harm us will find us sharper and firmer than ever. Our enemies should know that we are determined and ready to defend our citizens by any action necessary, against any threat and in any scenario we will face.”

The likelihood of Syrian retaliation depended on the scale of the US attack, said military analyst Alex Fishman.

“If it is decided to fire several dozen Tomahawk missiles at military targets, there is a chance that the Syrians will succeed in containing the attack, presenting the offensive as a failure and praising the staying power of the army and the Syrian people; however, if it is decided to fire hundreds of missiles and significantly harm its strategic assets, the Syrian need for an act of revenge will heighten,” Fishman wrote in Yedioth Ahronoth.

“The formula is simple: The more threatened the Syrian regime feels, the greater the chance that it will fire at its neighbours,” he added.

Meanwhile, demand for gas masks and protection kits from the Israeli public continued to rise. The Israeli postal authority said telephone inquiries had increased by 300% and queues had formed outside distribution depots.

According to a report in Ma’ariv, Israel’s home front command is grappling with the problem of providing gas masks to men with beards, extremely common among ultra-Orthodox Jews. A special mask, which can accommodate a beard, is available but the high cost means it is only distributed to men over 65 or whose beards are for health reasons.

“Men who grow beards for religious reasons will have to shave in the event of a chemical attack,” Ma’ariv reported.