Above: Boycott Racist Israel, protest in South Africa by the Iraq News Service.

In recent weeks, racism against Palestinian people and the expansion of apartheid-Jim Crow policies have escalated. The Israeli lobby and its supporters attacked freedom of speech in the United States, showing how far they will go to prevent the US public from being aware of their behavior.

If more people in the US become aware of the truth about Israel’s genocidal policies, the economic lifeline and political protection of the United States will disappear. Israel could be forced to make significant changes that recognize the human rights and self-determination of Palestinians.

Israel knows that without the support of the United States, it could not continue these crimes against the Palestinian people. The lesson for US activists: keep telling the truth about Israel’s brutal occupation of Palestine. 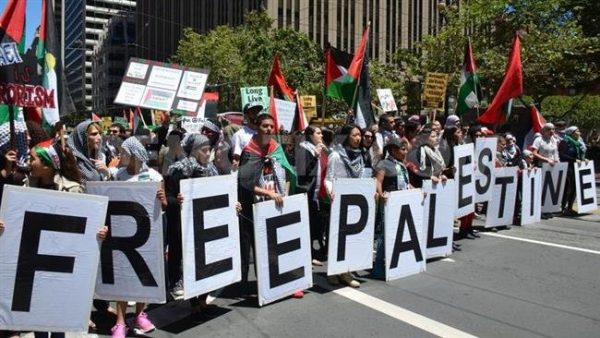 “The Israeli army has enough bullets for every Palestinian.”

That is what the Chair of the Defense Committee of the Israeli Parliament, Avi Dichter, threatened last week. He was commenting on the Great March of Return protests that took place along the eastern fence of the Gaza Strip. Saying Israel has enough bullets for every Palestinian is saying Israel could kill every Palestinian, the definition of ethnic cleansing.

Dichter is not a fringe backbencher but a senior member of Israeli Prime Minister Benjamin Netanyahu’s ruling Likud Party. This former director of the Shin Bet internal security service and Minister of Internal Security said that the Israeli army is prepared to use all means to stop Palestinians.

And, the Strategic Affairs Minister, Gilad Erdan, repeatedly referred to Palestinians killed in Gaza as “Nazis.” Killing Palestinians was acceptable, because  “The number [of peaceful Palestinian protesters] killed does not mean anything because they are just Nazis anyhow.”

Israeli troops shot and killed 180 Palestinians and nearly 6,000 others were shot and injured during the Great March of Return. A staggering 24,000 Palestinians have been injured by Israel during the protests, aided by large corporations.

A video released last week showed Israeli soldiers shot dead a young disabled Palestinian from as far away as 80 meters.  The rights group, B’Tselem uploaded the video that debunks Israeli claims that he was killed during violent clashes. The video shows 22-year-old Mohammed Habali, being fatally shot by Israeli soldiers in early December in the West Bank.  It “clearly shows there were no clashes between residents and soldiers in the immediate vicinity of the spot where Habali was shot,” the group said.

Last week, a four-year-old Palestinian boy died after being injured by Israeli gunfire at a routine protest near Gaza‘s border. His father, Yasser Abu Abed, did not usually bring his son to the regular protests but the boy insisted. Within two minutes of arriving, snipers began shooting. They were a few hundred meters away from the fence. Yasser said, “We’re simply asking for basic rights…All we ever wanted was to see the blockade on Gaza come to an end.” The 11-year blockade has caused immense suffering and violations of human rights.

These are just two recent examples among many. Mondoweiss reports there are many indiscriminate killings including strikes on children playing football, a police officer’s family, a World Cup beach party, at least six hospitals including a geriatric hospital, multiple UN-run safe houses for civilians, journalists,  survivors looking for family members, ambulances, among others. 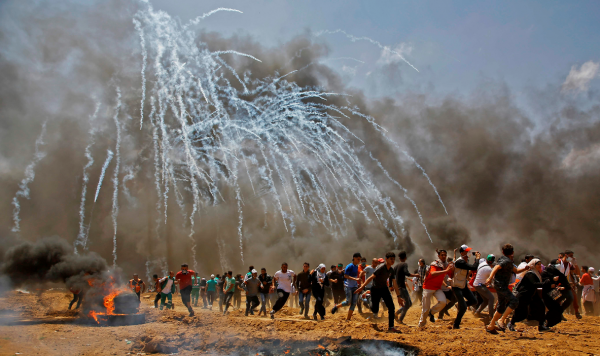 In 2006, when fmr. President Jimmy Carter wrote, Palestine: Peace Not Apartheid, he was attacked by Israel’s defenders for using the word apartheid. Harvard law professor Alan Dershowitz wrote that Carter’s “use of the loaded word ‘apartheid,’ suggesting an analogy to the hated policies of South Africa, is especially outrageous.”

In her book review, Karen DeYoung explained: Carter acknowledges that “the word ‘apartheid’ refers to the system of legal racial separation once used in South Africa… it is an appropriate term for Israeli policies devoted to ‘the acquisition of land’ in Palestinian territories through Jewish settlements and Israel’s incorporation of Palestinian land on its side of a separating wall it is erecting.” Carter also criticized Israelis who believe “they have the right to confiscate and colonize Palestinian land and try to justify the sustained subjugation and persecution of increasingly hopeless and aggravated Palestinians.”

All pretenses that Israel is not an apartheid state with policies sometimes worse than the Jim Crow south have been removed as Israel gets more overt in its racism. This week the Knesset approved 200 more communities where non-Jewish inhabitants can be banned. Now 700 communities have such Jim Crow-apartheid like laws. Banning Arabs from living in communities wipes away Palestinian history, steals land and makes Palestinians second-class citizens or worse.

The  Knesset also rejected a bill to ‘maintain equal rights amongst all its citizens.’ The Basic Law: Equality bill, was clear: “The State of Israel shall maintain equal political rights amongst all its citizens, without any difference between religions, race and sex.” This is a direct quote from Israel’s Declaration of Independence, rejected last week by Israel’s parliament.

Mondoweiss describes how this action unveiled the truth about Israel, writing, “Despite one of the greatest political cons in history – ‘Israel is the only democracy in the Middle East’ – Israeli law never recognized equality between citizens. An attempt to enter an equality clause to the Human Dignity and Freedom Basic Law, back in 1992, failed – mostly due to the opposition of the religious parties.”

Last July the Knesset, amid widespread protest in Israel and in the US, adopted a basic law defining Israel as “the nation-state of the Jewish people,” with more rights for Jews than other groups, codifying Israel as an apartheid state. The law made Arabic no longer an official language, “Jewish settlement” a national value, and the right of “national self-determination” “unique” to Jews.

Aida Touma-Sliman, a rare Palestinian member of the Knesset, explained the new nation-state law officially established apartheid as the law in the “land of Israel” from the river to sea. American Jews decried the clause as reminiscent of racist Jim Crow laws against black people in the United States. 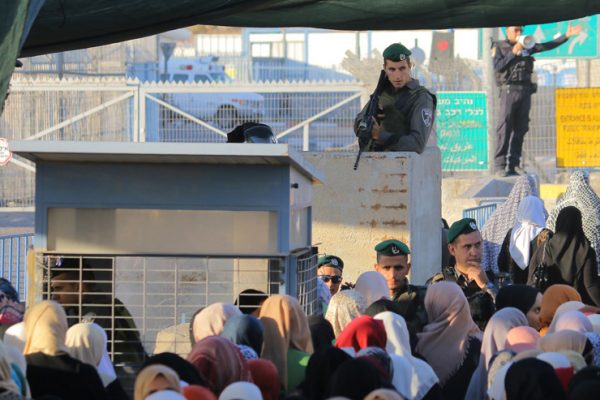 Palestinian women cross through the Israeli military checkpoint of Qalandiya, the main crossing point between Jerusalem and the West Bank city of Ramallah.

Israel Working to Undermine Free Speech in the United States

Israel and their US supporters fear people telling the truth about Israel. There have been attacks against the Boycott, Divestment and Sanctions movement, which had victories in 2018 and has transformed the debate on Israel. People are exercising their constitutional rights and political freedom to oppose Israel. There are efforts to ban BDS across the country, but courts have found BDS bans unconstitutional. Sen. Ben Cardin is leading the effort to ban BDS under federal law.

CNN fired Marc Lamont Hill for speaking truthfully about Palestine. Hill spoke at the November 29, 2018, UN  International Day of Solidarity with Palestinian People. This is the 70th year since the Nakba when 700,000 Palestinians were forced from their homes by the newly-declared state of Israel and hundreds of Palestinian towns and villages were emptied and destroyed. Hill called for the human rights of the Palestinian people. Groups moved to remove him from CNN and from Temple University.

A suppressed film by Al Jazeera was finally made public. “The Lobby” showed hidden camera footage of a British Jew who infiltrated AIPAC conferences, programs, and one-on-one meetings. The film showed that the Israeli government spies on US citizens, smears BDS activists as well as others, including Black Lives Matter, and subverts the US democratic process. Read more about the movie and get links to view it here. AIPAC is already working on newly-elected members of Congress.

Last week, the pro-Israel lobby suffered a defeat in its efforts to weaponize support for Palestinian rights when Temple University refused to fire Hill for speaking in solidarity with basic human rights of Palestinians. Their goal is that no criticism of Israel should be allowed in the US.

Unfortunately, Hill was fired as a commentator on CNN. This highlighted the bias of CNN reporting. The network has had a pro-Israel bias for quite some time, as their star news anchor, Wolf Blitzer previously worked for the right wing, Jerusalem Post and the extreme Israeli lobby, AIPAC. Blitzer regularly relies on Israeli military spokesman-turned-CNN-contributor Michael Oren to give his “expert” opinion. Blitzer is among the most overtly biased reporters in the US media. Leaked documents from the archives of the American Zionist Council, the precursor to AIPAC, show that Israeli government representatives secretly – and illegally – financed the planting of propaganda articles and speakers in many major American media outlets. There is a campaign, the Khalas! Blitzer-Oren campaign, demanding CNN end its ties with Blitzer and Oren.

Hill explained what is becoming an obvious fact, that, “Justice will come through a single bi-national democratic state that encompasses Israel, the West Bank, and Gaza.”  A two-state solution is no longer possible because Israel has seized so much of the land in the West Bank. The Israeli government, including Netanyahu, opposes the existence of an independent State of Palestine.

MintPress News reported, “Hill is not the first academic to be targeted by pro-Israel pressure groups. They regard university campuses as a battleground to target and attack all individuals and groups who show solidarity with Palestine and its people and criticize Israel, its apartheid policies and its contempt for international laws and conventions.”

Another decline in US support for Israel is young US Jews not signing up for free ten-day birthright tours of Israel. This week it was reported that there was an unprecedented sharp drop in youth, drops range from 20 percent to 50 percent. Other youths have walked off birthright tours because they were so biased.

Israel’s actions are building opposition against them. Debra Shushan, of Americans for Peace Now, said, growing support for a one-state solution is due to “the aggressive, annexationist policies of the current Israeli government and its failure to pursue a two-state solution. This has fostered a growing perception that an independent Palestinian state is moot or impossible, which prompts people to look for alternatives.” 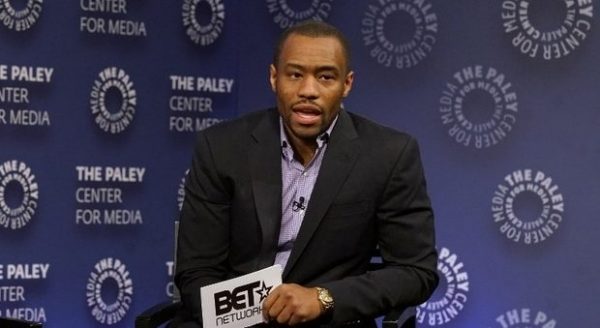 Time For Israel To Be Held Accountable

Israel constitutes “an open challenge to international law and the present concepts of human rights enshrined in it,” as Flisadam Pointer writes. The International Criminal Court (ICC) is conducting a pre-investigation of Israel.

On the same day that John Bolton threatened the court with economic sanctions if it investigated the US or Israeli war crimes, the Green Party of the United States completed the process of approving a letter to the ICC requesting a full investigation of Israel. We delivered that letter, and Margaret Flowers and Miko Peled met with a representative of the prosecutor’s office on November 19 in The Hague. Palestinians had previously requested an ICC investigation. Last week the ICC announced it has made progress on the pre-investigation. In October, ICC Prosecutor Fatou Bensouda said: “Extensive destruction of property without military necessity and population transfers in an occupied territory constitute war crimes.”

Holding the leaders of Israel accountable for their human rights violations will be the first step. Progress will continue if we continue to tell the truth, share videos of Israeli abuses, which occur almost daily, and participate in BDS and other movements in support of Palestine.