In this show we talk with Sydney Levy of Jewish Voice for Peace about the recent Israeli attack on Gaza, the UN vote to give Palestinians UN state observer status and the work of JVP for human rights for all people. JVP promotes the Boycott/Divestment/Sanctions campaign to pressure Israel to give Palestinians freedom and equal rights and is calling on President Obama to require that US aid to Israel is not used to violate human rights. Then we speak with Mokhtar Kamel, president of the Alliance of Egyptian Americans in North America, about the ongoing struggle in Egypt for real democracy. He speaks about the new constitution being drafted, the efforts to undermine the revolutionaries, lessons they are learning and how we can support them.

Sydney Levy  has worked for over 15 years in nonprofits advocating for LGBT human rights organizing for media justice, and assisting in the preparation of death row appeals. He is the son of Egyptian Jews who immigrated to Venezuela, where he was born. Sydney lived in Jerusalem for seven years, where he received his Masters degree in Jewish History from the Hebrew University. Sydney has been working with JVP–first as a volunteer, then as a staff member–since 2000. 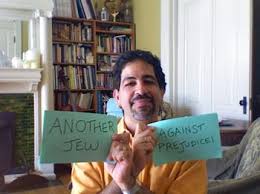 Mokhtar Kamel has been a political activist for about 9 years and is presently the president of the Alliance of Egyptian Americans, an NGO working on the democratization in Egypt and the empowering of Egyptians in the US.  Kamel graduated from the School of Economics and Political Science in Cairo University. While in Egypt in the seventies, he worked as a journalist and an editor in the Egyptian TV and Broadcasting Corporation in Cairo. He later joined the IMF from 1980 to 2001, after which he focused on voluntary work with Egyptian American NGOs.

Article about the show:
Clearing the FOG on Palestine, Israel and Egypt