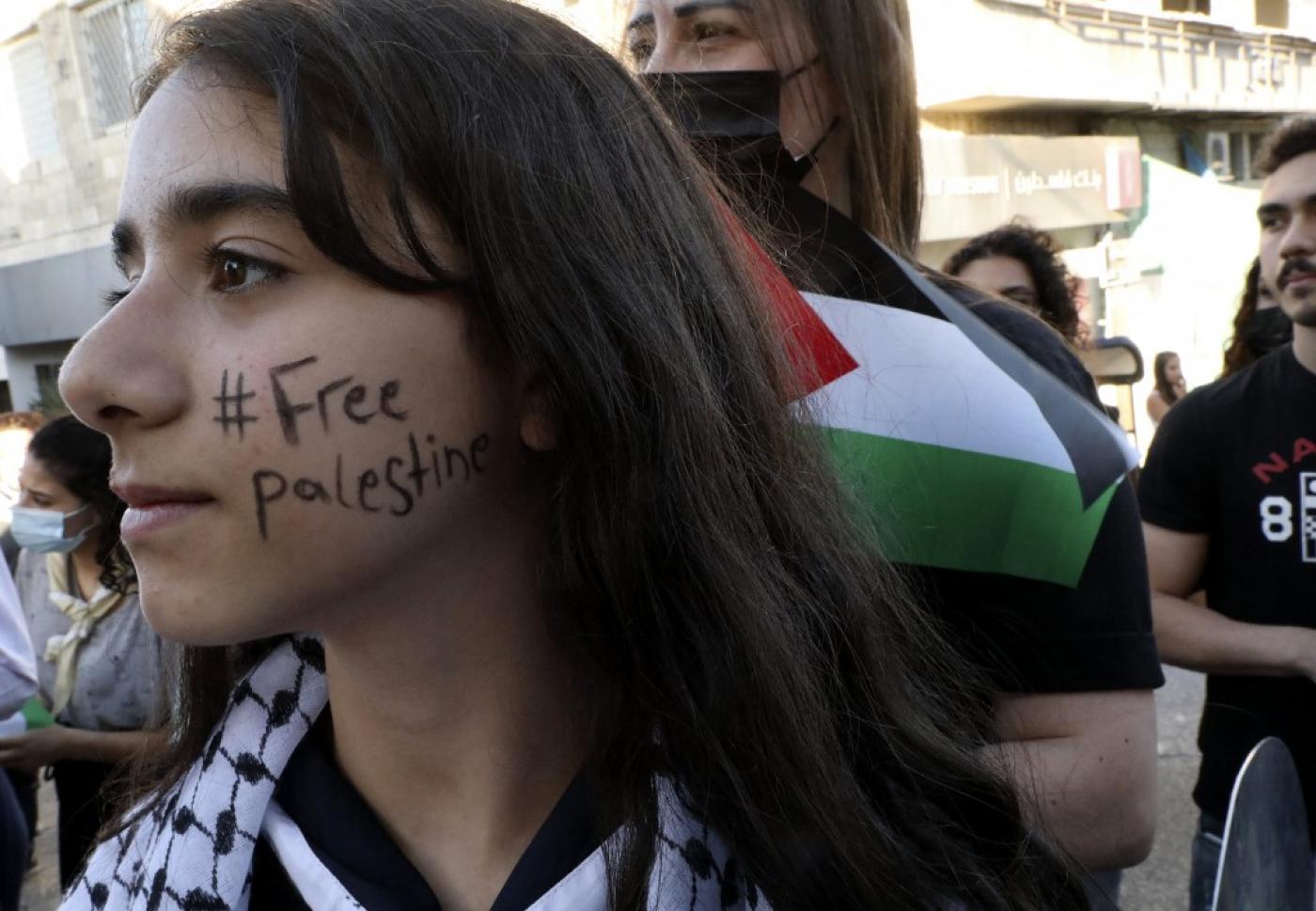 Above Photo: Palestinian youths protest in Beit Jala, on the outskirts of Bethlehem, on 17 May 2021. AFP.

Anger and frustration have been deepened by a decade that saw Arab governments in the region relegate the Palestinian cause to the margins of their politics.

This is not the first war between Gaza and the Zionist regime occupying Palestine. It is the fourth major confrontation in less than 13 years – but this one is different.

Firstly, it was Hamas that initiated the battle in retaliation for Israel’s desecration of al-Aqsa Mosque and the attempt to forcibly remove Palestinian families from their homes in Jerusalem’s Sheikh Jarrah neighbourhood, to be replaced by Jewish settlers.

Secondly, the confrontation coincided with an unprecedented show of unity and solidarity across the occupied West Bank, ’48 Palestine and the diaspora. All were brought together by flagrant Israeli provocations over what Muslims around the world consider to be their third-holiest place of worship on earth.

Thirdly, an entirely new generation of young men and women is at the forefront, challenging an increasingly fanatical Jewish society and extreme right-wing Israeli government. This generation is under no illusions about the occupation. Most of its members were born well after the Oslo Accords, which were supposed to lead to a Palestinian state in the West Bank and Gaza.

Instead, this generation was born into a completely different reality. Very little territory was left for any meaningful Palestinian state. Since 1967, and more actively since 1993, Israel has confiscated more land, built more settlements, expanded existing ones, and demolished more Palestinian houses. The new generation did not have a state waiting for them, but rather a Palestinian Authority, the main outcome of Oslo, which colludes with Israel in oppressing Palestinians.

The disappointment, bitterness, anger and frustration felt by this new generation have been deepened by a decade that saw Arab governments in the region relegate the Palestinian cause to the margins of their politics. This culminated with the decision by several Arab states to normalise relations with Israel, despite the latter’s push to annex more land and declare Israel a Jewish supremacist state.

The standoff at al-Aqsa Mosque and Sheikh Jarrah was the straw that broke the camel’s back. Under Prime Minister Benjamin Netanyahu, Israel has been shifting to the extreme right of the political spectrum, giving increasing power to the Religious Zionist camp, which believes that Palestine was promised to them by God and they are thus entitled to dispossess Palestinians. They are particularly focused on al-Aqsa Mosque, which they believe will ultimately become the site of a third temple.

To prepare the landscape for such an eventuality, they have claimed ownership of Palestinian homes near the mosque, including in Sheikh Jarrah, and used Israel’s apartheid court system to legalise evictions. Acting with impunity and protected by Israeli security forces, the Jewish extremists organise provocative marches within Jerusalem, and at times storm al-Aqsa Mosque complex.

The latest flareup came as settlers organised a big rally to celebrate the anniversary of the occupation of East Jerusalem in 1967. During the holy month of Ramadan, Israeli police and settlers intimidated and harassed Muslim worshippers, including through the implementation of measures to restrict access to the mosque by Palestinians from the occupied West Bank.

As provocations and tensions escalated, worshippers, most of whom happened to be members of the new generation of Palestinians, stood up to police, ultimately leading to the removal of barriers from the Damascus Gate plaza.

As tensions simmered, Hamas warned Israel against continuing its attacks against worshippers and the desecration of the mosque. It gave Israel until 6pm on 10 May to stand down, promising it would otherwise come to the aid of Palestinians in Jerusalem – and the rockets began firing right on schedule.

As the battle rages on, more than 200 Palestinians have now been killed, including more than 60 children. Substantial destruction has been inflicted upon Gaza, with Israel destroying residential homes on top of their inhabitants, apparently aiming to turn the population of Gaza against Hamas and other resistance factions. Instead, Palestinians in Gaza have grown increasingly emboldened, despite the enormous pain and loss. Meanwhile, southern and central Israeli towns have been paralysed by the constant barrage of missiles from Gaza.

As in previous wars, regional and international players have been trying to broker a ceasefire. But what complicates matters for Israel is the broad participation in this popular uprising of Palestinians from across the country, including ’48 communities. Palestinians citizens of Israel, treated as second-class citizens in a vicious apartheid regime, have their own profound grievances. The facade of Arab-Jewish harmony in “mixed” towns and cities, such as Lod, Jaffa and Haifa, has been shattered beyond repair.

By allying itself with Jewish fanatics who want all Palestinians expelled from their “promised land”, the current Israeli political class has succeeded like never before in turning the political conflict between Palestinians and Israelis into a religious war. But do Zionists really believe they can win, when they are up against more than 1.8 billion Muslims worldwide?