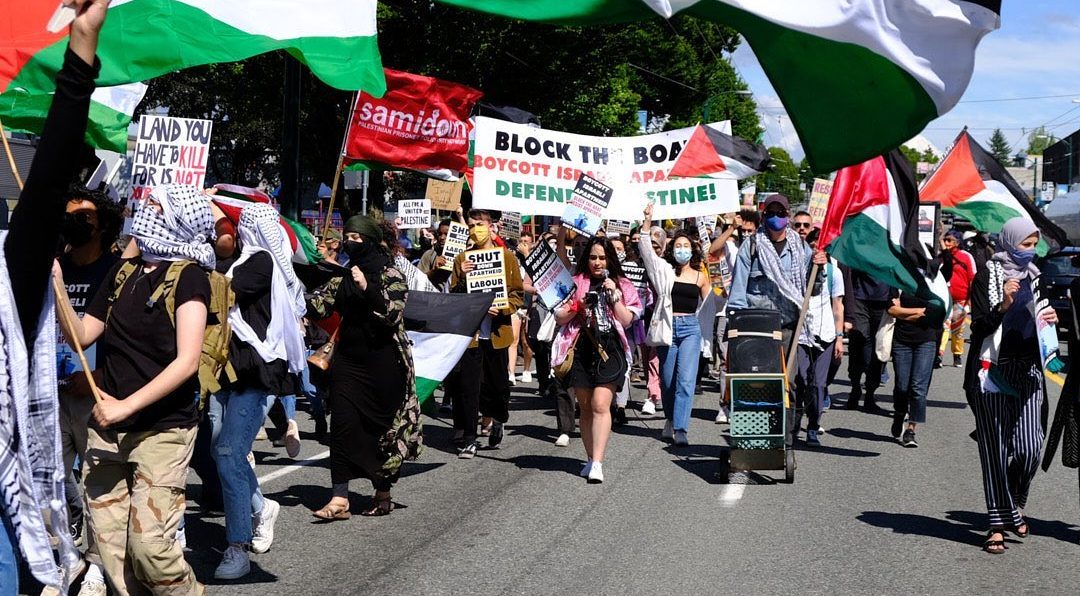 The following letter was sent today to Canada’s Transport Minister Omar Alghabra and called on “the Canadian government to stop legitimizing the crimes of apartheid…and suspend all instances of Zim-operated ships docking and unloading in Canadian ports.”. This action is part of the growing demand that Canada must hold Israel accountable, through economic sanctions and a bilateral arms embargo.

In recent weeks, people of conscience in Canada watched in horror as the Israeli regime ruthlessly targeted Palestinians from all regions of historic Palestine. What started as a popular movement to #SaveSheikhJarrah residents from further ethnic cleansing expanded into a broad unity of Palestinians from Jerusalem to Gaza to Haifa to Toronto and Vancouver all sending the same message. Palestinians will no longer accept the status quo of Israeli apartheid.

As part of this burgeoning movement, Palestinian-Canadians and their supporters have actively participated in rallies, pickets and #BlockTheBoat actions. The latter refers to the efforts to stop Zim-operated ships from either docking in, or unloading, at U.S., Canadian and other international ports.

Last month, and in response to the above appeal from Palestinian trade unions, South African trade unions refused handling cargo from an Israeli ship in Durban. Dockworkers in Italy have also successfully blocked a recent shipment of munitions and armaments destined for Israel.

At Canada’s largest port in Vancouver, there was a successful community picket on June 8 that tied up both the Port entrance and a busy intersection; activists from a diverse range of groups stated clearly – “Israeli Apartheid Not Welcome in Vancouver Ports”. (The same message was also delivered on June 14 at the Prince Rupert Port.)

Port Authorities in Canada fall under the Ministry of Transport. As such, Mr. Alghabra, allowing and enabling such Israeli apartheid profiteering makes both the ports and the Canadian government further complicit in the ongoing dispossession of the Palestinians. Both B’tselem and Human Rights Watch have been clear in exposing the system of Israeli governance as apartheid. We, the undersigned organizations, expect the Canadian government to stop legitimizing the crimes of apartheid, and to refuse to give economic incentives to such abhorrent behaviour.

Your ministry is already mired in controversy for refusing to cancel a contract with Elbit Systems to purchase one of their drones. Who would have imagined that the Canadian Ministry of Transport would be so entangled with Israeli apartheid? We call on you to observe your government’s alleged respect for international law and human rights and suspend all instances of Zim-operated ships docking and unloading in Canadian ports.

Popular protest is not going to stop as long as Palestinians are not free.