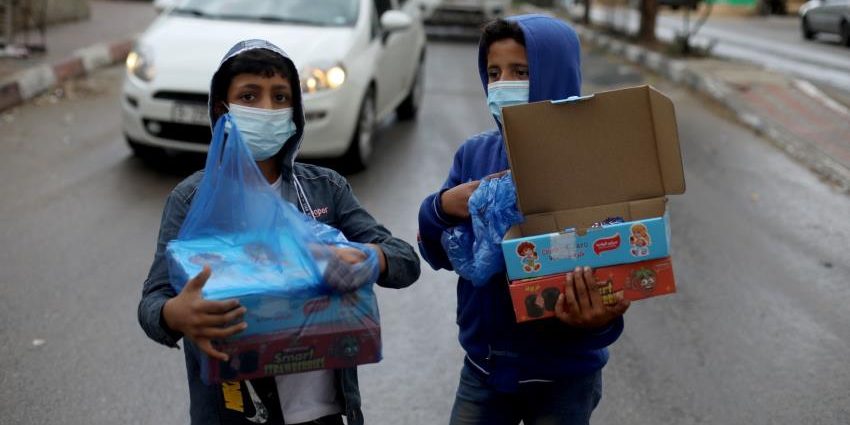 Israel‘s blockade of the Gaza Strip cost the Palestinian enclave’s economy an estimated $16.7 billion in just over a decade, the United Nations said Wednesday.

The coastal enclave has been under an Israeli-enforced blockade since 2007, the year the Islamist movement Hamas took power.

In the 11 ensuing years, its economic situation deteriorated dramatically, the UN Conference on Trade and Development found in a new report.

Between 2007 and 2018, “the estimated cumulative economic cost of the Israeli occupation in Gaza under the prolonged closure and severe economic and movement restrictions and military operations would amount to $16.7 billion (constant 2015 US dollars),” it said.

This was equivalent to six times the value of Gaza’s gross domestic product in 2018, or 107 percent of the total Palestinian GDP, including the West Bank, it said.

The result, the UN agency said, was that “Gaza has witnessed one of the worst economic performances globally.”

In its report to the UN General Assembly, UNCTAD found Gaza’s economy grew by less than five percent between 2007 and 2018.

#Israeli Defence Minister Benny #Gantz has told a #UN mediator that he is ready to negotiate with #Hamas regarding the siege of #Gazahttps://t.co/12BEYVWz04

At the same time, its per capita GDP shrank by 27 percent and unemployment soared by 49 percent

Given the “near-collapse of Gaza’s regional economy and its isolation”, UNCTAD stressed the “urgent need to end the closure of Gaza so that its people can freely trade with the rest of the occupied Palestinian territory and the world”.

Without the opening up that would facilitate a more formal economy, “it’s extremely difficult to see anything but de-development being the fate of Gazan society,” said Richard Kozul-Wright, the director of UNCTAD’s globalisation and development strategies.

“That’s a real shocking conclusion in the 21st century: that two million people can be left in that kind of condition,” he told a press conference.

Wednesday’s report suggested that the poverty rate could have been far lower had the pre-2007 trends continued.

Over the period, Gaza’s share of the total Palestinian economy decreased from 31 percent to 18 percent, while investment to the enclave “virtually disappeared”, at 2.7 percent of GDP in 2018.

And Gaza now has one of the world’s highest unemployment rates, at around 52 percent, the report said.

However, Kozul-Wright said there was “reason to be optimistic”, with the incoming foreign policy team unveiled Tuesday by US president-elect Joe Biden promising “a very different tone” from President Donald Trump.

The report listed recommendations to help put Gaza on a path towards sustainable development.

On the one hand, it said the “indiscriminate launching of rockets and mortars towards Israeli civilian population centres” was illegal under international law, adding that “Palestinian militants must cease that practice immediately.”

On the other hand, it said the enclave should be allowed to trade freely with the West Bank and international markets.

“Free movement should be restored for businesses, medical care, education, recreation and family unification,” it said.

It also called for the rebuilding of infrastructure, including power plants and water desalination facilities, and the opening of air and sea ports.

Given the widening gap in living conditions between Gaza and the West Bank, Palestinian political reconciliation efforts should continue, it added, saying it was “high time to reintegrate”.

Agencies contributed to this report.