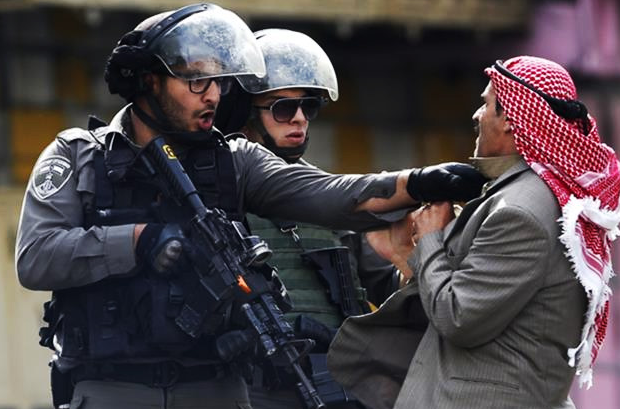 The group Human Rights Watch says they are “strongly concerned” by the State of Israel’s recent “indiscriminate and even deliberate use fire” on unarmed protesters.

In the wake of the recent wave of protester, the Israeli government seems to have given the green light to soldiers and police to use disproportionate violence in response to demonstrations.

On Sunday, Amnesty International told the news agency, that there are clearly some recorded incidents which can be described as noting short of “extrajudicial killings”.

“These are extrajudicial killings against unarmed civilians,” Mariam Farah, said. She’s the spokesperson for Amnesty International in Israel.

On Friday, a video began circulating on social media, showing Israeli soldiers surrounding a young Palestinian woman. The video seems to show Israa Ayed, 29, unarmed, but the soldiers later claimed she had a knife. The circle of soldiers shot the woman with live bullets, even though she had not attacked anyone.

In addition to incidences like this, Palestinian teenage Fadi Alloun was gunned down by Israeli forces last week.

The new go-to justification is that all of these Palestinians are “trying to stab” Israelis. Fadi’s family says he was never doing any such thing and that the Israeli government is lying, much in the same way U.S. citizens might hear police officers justify shooting unarmed people by saying “they were reaching for my gun.”

This is not just conjecture, Farah, from Amnesty International said very clearly that “there is no proof whatsoever that Israa was holding a knife. The same goes for Alloun. They did not appear to have posed enough threat to the soldiers to use deliberate lethal force [on them].”

Human Rights Watch even said that one of its staff members was injured by Israeli fire on Tuesday. That incident occurred while she was merely observing a protest near an illegal Israel checkpoint, outside of Ramallah in the West Bank.

“The demonstration at that time was peaceful. There was no apparent threat to Israeli soldiers or anybody else frankly,” Sari Bashi, the Israel-Palestine Director of Human Rights Watch explained.

Another incident where trigger-happy Israeli soldiers and police used the “they had a knife” excuse, was on September 22, when a young Palestinian woman was shot by IDF troops at a checkpoint in the occupied terrritory.

The IDF claims that 19-year-old Hadeel Salah al-Hashlamon was going to stab a soldier. But a video of the incident later came out and it was clear that she never had any knife at all.

Amnesty International said the killing of al-Hashlamon is one in “a long line of unlawful killings carried out by the Israeli forces in the occupied West Bank with near total impunity”.