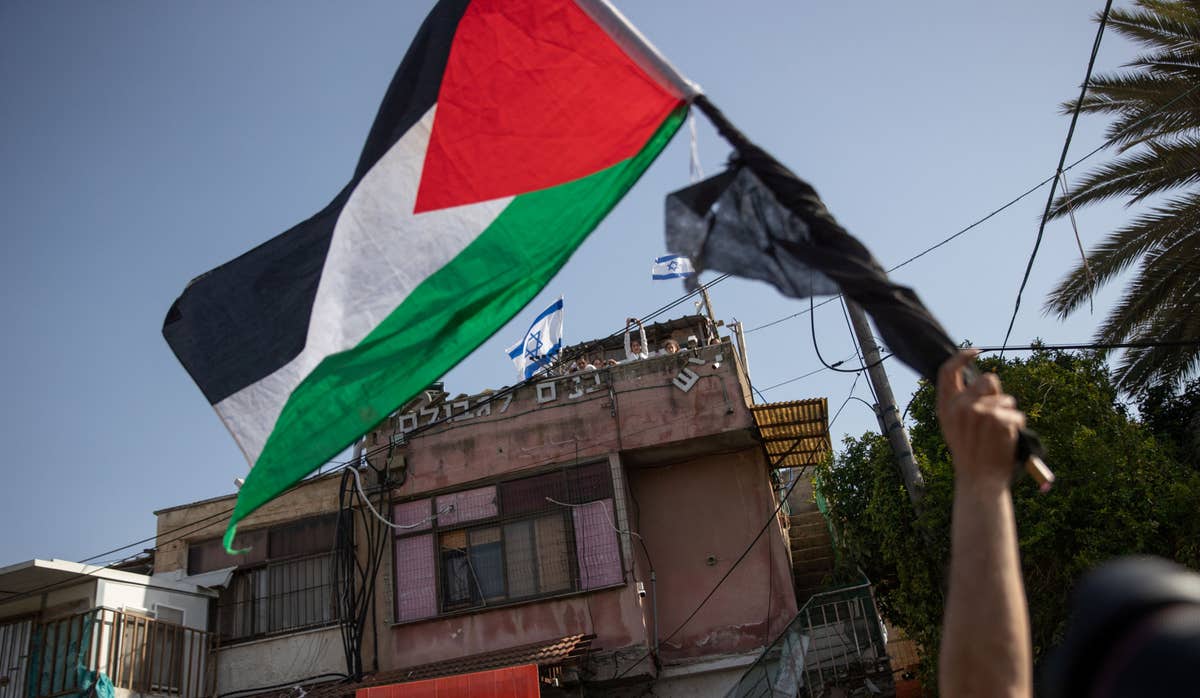 Israel’s Violence Shows Why Now Is The Time For BDS

It is increasingly clear that Israel has no intention of ending its occupation and dispossession of the Palestinians.

Faced with this reality, it’s time for the world to act through boycott, divestment and sanctions.

On the day that Israel was carrying out its remorseless pummelling of the Gaza Strip, British Prime Minister Boris Johnson was using his Queen’s Speech to announce a series of laws for the next year.

Included in Johnson’s list were measures to disrupt the global Boycott, Divestment, and Sanctions (BDS) campaign against the state of Israel by banning public bodies from launching their own boycott campaigns.

The planned reform would seek to ‘ensure a coherent approach to foreign relations’ by stopping public bodies from ‘imposing their own approach or views via boycott, divestment or sanctions campaigns.’

In announcing the proposal, the government displayed its deep-rooted disdain for the Palestinian cause. In fact, Johnson himself once dismissed those who express solidarity with Palestinian people as ‘corduroy-jacketed, snaggle-toothed, lefty academics’.

Founded in 2005, BDS is a global movement which takes inspiration from the campaign that targeted South Africa’s apartheid regime, focusing on non-violent methods to accomplish its goals. Its basic principle is that Palestinians are entitled to the same rights as the rest of humanity, and it seeks to mount international political and economic pressure on Israel in solidarity with the Palestinian people.

It has three fundamental objectives: the end of the Israeli occupation of Palestinian land and the dismantling of Israel’s illegal separation wall and settlements in the occupied West Bank, full equality for Palestinian citizens of Israel, and the upholding of the rights of Palestinian refugees as stipulated by international laws and regulations.

None of these should be controversial – yet large swathes of the British political establishment seemingly align with Johnson’s disapproval on the matter. Eric Pickles, former Conservative Party chairman and House of Lords Parliamentary Chairman of the pro-Israel lobby group Conservative Friends of Israel, has dubbed the campaign a ‘thin disguise for anti-Semitism.’

The Labour Party, too, has been consistently weak on the cause, despite a new poll showing that 61 percent of its members support BDS.

In summer 2020, when Israel’s Prime Minister Benjamin Netanyahu threatened to extend Israel’s annexation to make way for more settlers—an endeavour in flagrant violation of international law—Lisa Nandy called for an import ban on settlement goods, but has since been at pains to say that she has ‘never’ supported BDS. In her view, ‘BDS pushes people away instead of bringing people together.’

Labour leader Keir Starmer apparently subscribes to the same theory. He recently pulled out of a Ramadan virtual fast-breaking event after he was made aware that its organiser supported the boycott of Israeli dates. The move was fiercely criticised, with over 2,000 people signing a petition condemning Starmer’s ‘selective disengagement’ and his discrimination against Muslims.

The challenge for those involved in the BDS movement is that the attempt to neutralise it is a multi-pronged one. Even before the government’s proposed bill, universities across the country had a history of muzzling pro-Palestinian activism on campus.

In cracking down further, Britain is starting to sing from the same repressive hymn sheet as the United States and Israel. The former has seen at least 28 states pass laws that either restrict or ban individuals or companies dealing in state contracts from boycotting Israel, while the latter has form for blacklisting charities and human rights organisations from entering the country because they endorse the BDS movement. In 2017, Israel’s government approved a $72 million plan to combat BDS’s influence.

These frantic attempts to gag BDS and its supporters is testament to its growth and prominence. Indeed, the list of success stories in recent years is a considerable one. In 2019, major international companies including Australia’s Macquarie, Canada’s Bombardier, France’s Alstom, and Germany’s Siemens withdrew from bidding to build Israel’s illegal settlement railway on stolen Palestinian land as the movement’s pressure mounted.

The UN has also released a list of 112 companies that are complicit in Israel’s illegal settlement enterprise, a move widely considered a robust step towards holding international corporations accountable for facilitating Israel’s oppression. The list includes familiar names like JCB, Motorola, Airbnb, and TripAdvisor.

Recently, Luton Town Football Club, which plays in Britain’s second highest division, along with Chester Football Club, from the National League North, both dropped Puma as their suppliers. This came following the BDS campaign to boycott the leading sportswear manufacturing brand, which is the main sponsor of the Israel Football Association. One activist has even recalled an encounter with a Puma attorney who told them, ‘you’re making our lives miserable.’

It’s clear that BDS activism represents one of the only realistic methods of nullifying Israel’s abuses without paying a tragic human cost, and yet it is continuously suppressed in Britain.

Palestinians will always instinctively resist Israel’s brutality, but it comes with agonising consequences. The two Intifadas (uprisings) in 1987 and 2000 were national struggles against decades of humiliating and violent military occupation, but on both occasions the Palestinians emerged with fatalities dramatically higher than Israeli ones, harsher socioeconomic conditions, and devastated infrastructure.

In 2014’s 50-day Israel-Gaza war, the same pattern played out. 2,202 Palestinians were killed, a quarter of whom were children under 18 years old. 17 hospitals, 56 primary healthcare facilities, and 45 ambulances were also damaged, while more than 20,000 homes were estimated to have been rendered uninhabitable due to air strikes.

Following the forced expulsions in the Sheikh Jarrah neighbourhood and the ensuing demonstrations, a war is unfolding in Gaza. Israel’s blockade of the densely populated area since 2006, which has engendered a humanitarian disaster and created the world’s largest open-air prison, is catastrophe enough: now Israel is intensifying its bombardment of the Strip. At least 69 have been reported dead by Gaza’s Health Ministry, and the Israeli military spokesman has announced that the army has its ‘foot on the gas’.

The Israel-Palestine conflict is a tale of settler colonial oppressor against the oppressed in which there is a clear imbalance of powers and capabilities. Israel is able to obliterate multiple apartment buildings; rockets fired from Gaza are routinely intercepted by Israel’s advanced, part-US funded Iron Dome missile defence system.

That means political figures in Britain must ditch their generic and apathetic condemnations and stand up against Israel’s apartheid crimes. They should start with an invigorated approach to safer avenues and initiatives that unsettle Israel. For too long their ethical rhetoric has been empty.

There is no longer a choice. Supporting BDS is a moral imperative.