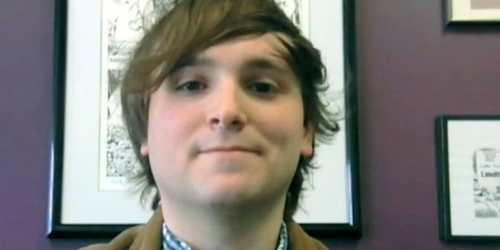 Force The Government To Prove Espionage, Not Whistleblowing

CounterSpin interview with Chip Gibbons on why Assange matters.

Janine Jackson interviewed Chip Gibbons about the latest updates in the Julian Assange case for the July 8, 2022, episode of CounterSpin. This is a lightly edited transcript.

Major US outlets’ interest in Assange’s prosecution is hard to detect, as if they had no stake in a case which is not, at bottom, only about whether individuals can leak classified information, but whether journalists can publish that information at all. And it’s as if their readers had no stake in that decision either.

Joining us now with the latest is researcher and journalist Chip Gibbons. He’s policy director of the group Defending Rights and Dissent. He joins us by phone from Washington, DC. Welcome back to CounterSpin, Chip Gibbons.

Chip Gibbons: It’s always a privilege to be on your program. It is one of the most informative programs we have, and unfortunately, the number of quality hard-hitting journalistic programs that cover these issues dwindles sort of more and more every year. So you are a lifesaver for our republic.

JJ: Thank you. Thank you very much. And this really is a case where it’s shocking, not just the way that media are not giving it the attention that it might deserve, but in particular the way that journalists who are themselves implicated; it affects them, you know?

So the lack of interest or the kind of evident desire to sort of box off Julian Assange as not our kind is deeply disturbing. But I’ve asked you here to give us kind of the latest on the case. What’s going on?

CG: I’ll just note that for some of the appellate hearings in the UK, I was the credentialed correspondent for Jacobin. So I was there covering it. I joined kind of late.

But [UK Home Secretary] Priti Patel has agreed to sign an extradition request for Julian Assange. You had a district level trial of sorts—hearing, whatever you wanna call it in the UK—where the British Crown Prosecution Service, at cost to the UK taxpayer, represented the US Department of Justice on their extradition request. And then Assange, not paid for by the British taxpayer, not backed by the Department of Justice, obviously, put up his own defense as to why he should not have been extradited.

And they raised all of the obvious issues: Press freedoms, the political questions exception to extradition, and they had big experts come in like Daniel Ellsberg, Carey Shenkman, perhaps the biggest expert on the Espionage Act in the country, and the judge rejected all of those press freedom claims, but decided that if Julian Assange was extradited to the US, it would be oppressive given his mental health.

And then the US came in and offered all of these assurances. Particular prison policies loomed very heavily in the decision. So the US gave assurances that had so many holes in them you could drive your car through and not just a car, a big truck. You could drive a big truck through these holes.

And the description they gave under the United Nations Minimum Standards for Treatment of Prisoners, the Mandela Rules, Nelson Mandela Rules, constituted cruel degrading treatment and possibly torture.

So even the best case assurance, you know, they were reassuring the UK they were going to torture him and a higher court vacated the lower court’s decision because they found the US so persuasive. The Supreme Court refused to hear it and then it was entered in this process where it went to Priti Patel, who’s the Home Secretary of the United Kingdom.

It’s all political, right? But it was more openly political as opposed to this sort of legal cloak of a political persecution. And, you know, we could make these kinds of political arguments again.

And Defending Rights, in a sense, has a very narrow mission. We’re a US-based group focused on the Bill of Rights in the US, but because of the implications of this, you know, we did something extraordinary for us. We submitted a letter to the Home Secretary outlining the case against extradition based on our twelve years of monitoring this case.

So now she’s ruled he can be extradited. The UK government has said they would like to get him to the US in six months. That’s very unlikely to happen because now the Assange legal team can appeal on the issues around press freedom the original judge ruled against. So you’re sort of restarting the appeals process if the courts agree to hear them.

And then even after that, you have a final court of last resort in the European Court of Human Rights, which is not part of the EU. I’m sure everyone’s thinking Brexit, how can that happen? It’s actually part of the Council of Europe. There’s apparently a lot of European supergovernmental organizations, more than I, as an American ever, ever knew of. And it’s interesting because obviously it’s independent, but the Council of Europe has a commissioner of human rights who wrote Priti Patel asking them not to extradite Assange because of the press freedom claims.

Which is, you know, United Nations Working Group on Arbitrary Detention, United Nations Special Rapporteur on Torture, every international human rights group, every US civil liberties and press freedom group, they’ve all made this case.

So it’s not surprising that the Council of Europe behaves more like the UN than it does the US Department of Justice and the sort of British security establishment.

One interesting thing that’s happening in Congress right now that you and I want to discuss is that Representative Rashida Tlaib has introduced an amendment to the National Defense Authorization Act, Amendment 617, which would seriously amend the Espionage Act in a really comprehensive manner we’ve not seen before from other proposals, because it would so limit the scope of the Espionage Act so that it couldn’t apply to members of the general public with some specific exceptions, which would preclude prosecuting a publisher or journalist.

And also, and this is a thing that gets really controversial and really riles people up, but is what I’ve wrote the most on, it also would give some due process protections to the Edward Snowdens, to the Chelsea Mannings and the Daniel Ellsbergs of the world by forcing the government to have to prove specific intent to harm national security.

So to force them to prove that specific intent, it would also give someone indicted under the Espionage Act sections that apply here the right to testify about the purpose of their disclosures.

Daniel Ellsburg famously was asked why did he release the Pentagon papers, and the judge shut him down and did not allow him to answer. And more recently with cases like drone whistleblower Daniel Hale, before the trial even begins, the prosecutor files a pretrial motion asking that Daniel Hale be blocked from mentioning, his words, not mine, his “good motives,” and the judge granted it. So Daniel Hale, if he had gone to trial, could not have mentioned his good motives.

So this is a really, I mean, it’s a very wonky editing of US criminal procedure in one particular criminal statute. And I think people’s eyes rightfully glaze over with that…

JJ: But I think people can see the purpose of that. I think you’ve made clear what the difference would be if that information were allowed to be included.

CG: Yeah, it’s a game changer, right? Because the government actually has to prove the whistleblower not just released the information, but did so intending to harm the US. I would remind people that Chelsea Manning, in her court martial, was charged with both Espionage Act violations and aiding the enemy, and military court marshals are not known for being very respectful of due process.

The military judge found her not guilty of aiding the enemy because there was a higher intent provision and the government had to prove so much more. So the government would both have to prove actual espionage, this person wants to harm the country, and also they’d have to let them testify about why they did it.

It’s not a perfect solution to prevent these prosecutions, but it would remove the immense procedural hurdles that rob a whistleblower of any basic constitutional due process rights when charged with the Espionage Act, and force the government to actually prove espionage, not whistleblowing.

JJ: All right then, we’re going to end it there, but just for now. We’ve been speaking with Chip Gibbons. He’s policy director of the group Defending Rights and Dissent, and you can follow their work online at rightsanddissent.org.  Chip Gibbons, thank you so much as ever for joining us this week on CounterSpin.