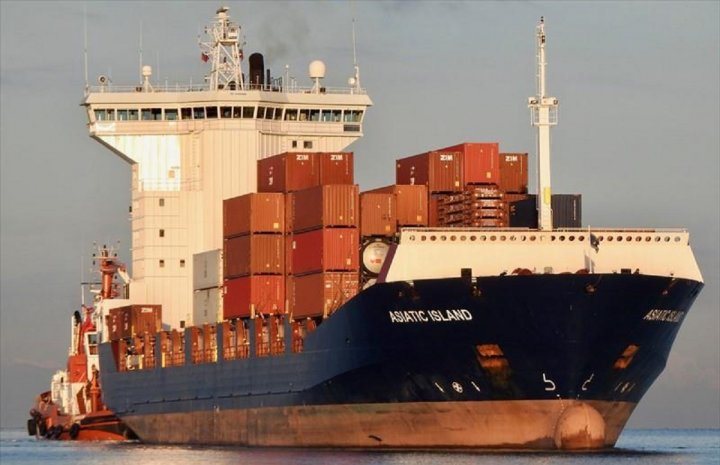 After discovering that a shipment of arms destined for Israel was arriving in Italy’s ports, workers refused to load the ship in support of the Palestinians fighting for their lives against Israeli occupation.

This Friday the Asiatic Island arrived in the port of Livorno, Italy. Thanks to the report of the Autonomous Collective of Port Workers of Genoa and the WeaponWatch association, the port workers, organized in L’Unione Sindacale di Base, learned that the ship was filled with weapons and explosives bound for the Israeli dock of Ashdod. These weapons and explosives would be used to kill Palestinians, who have already been hit by a brutal Israeli military offensive that has murdered hundreds of victims, including many children. The union announced shortly after that it would not allow this or any other maritime shipments of armaments to set sail for Israel.

The dockworkers’ unions in Italy are trying to gather more information about the shipments coming to their ports in order to prevent military supplies from arriving in Israel. Just yesterday they received a report about the presence of dozens of armored military vehicles ready to be loaded onto another ship, the Molo Italia.

This Saturday, the L’Unione Sindacale di Base will be in the streets of Livorno marching in solidarity with the Palestinian population to demand the immediate cessation of the bombing of Gaza and the evictions of Palestinians from their homes.

This example of workers’ solidarity, if multiplied and expanded internationally, could be powerful enough to stop the criminal attacks of the State of Israel against Palestine.

In the United States, the labor movement must take this example into its own hands and actively mobilize against the Biden administration’s policy of “unwavering support” and military aid for Israel and boycott any U.S. shipments of weapons destined to be used against the people of Palestine. We must take up the example of sectors of the labor movement that in 2008 took action in the U.S. against the imperialist war against Iraq. The international solidarity actions with Palestine called for this Saturday in the United States and around the world could be the beginning of an anti-imperialist movement in the heart of the U.S. empire, one that takes up the cause of the Palestinian people as its own. Unions must move from declarations and words to deeds and mobilize to demand an end to U.S. military aid to Israel and the bloody occupation of Palestine.

Correction: An earlier version of this article stated that the ship had been stopped by the action. In fact, other dockers loaded the ship and it was able to continue to Naples.