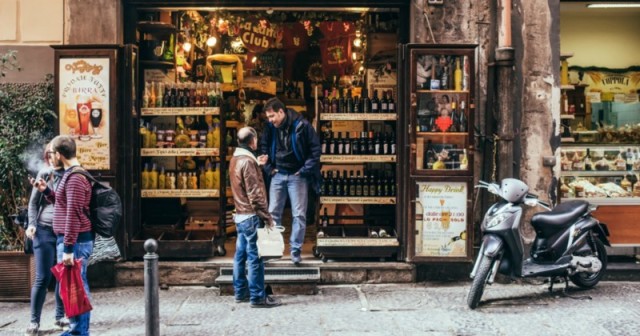 Italy To Make Food Waste A Thing Of The Past

Italy, known for its amazing food, is facing a related problem — food waste. According to government estimates, the country currently wastes about five million tons of food every year.

To combat the issue, the Italian government recently passed a new law aimed at making it easier for both retailers and consumers to prevent food waste. The law aims to cut food waste by 1 million tons each year.

Proponents of the law argue it will make it easier for businesses to donate food, as the law relaxes regulations that have kept some restaurants, farmers and retailers from donating their leftover or unsold food. The law will clarify that food can still be donated even if it has passed its sell-by date, and allow farmers to donate unsold food to charities without having to pay extra. It also earmarks 1 million euros to be used by the Italian agricultural ministry to research ways of packaging food that prevent it from spoiling in transit.

The law also envisions creating cultural changes in the way Italians think about food — such as encouraging patrons to take leftovers home in “doggy bags,” something that most Italians currently do not do.

Italian ministers estimate that the amount of food wasted throughout the country is costing Italian businesses and households more than 12 billion euros ($13.3 billion) a year, which equals about 1 percent of the country’s gross domestic product — no small amount, when one considers that the country currently has a public debt of 135 percent.

Last year, France became the first European country to pass a law aimed at targeting food waste, a problem that has begun to garner attention across Europe and around the world. The French law is more stringent than the law Italy just passed, as it imposes fines on supermarkets that fail to donate their unsold food. Italy’s law, on the other hand, is more incentive based, aiming to make it easier for businesses to donate their unsold wares without actively punishing them.

The U.N. Food and Agricultural Organisation (FAO) estimates that 40 percent of the food produced in Europe ends up as waste, slightly higher than the global average of one-third. Beyond perpetuating hunger and food insecurity, food waste is a huge contributor to global climate change, with some 3.3 billion tons of CO2 equivalent released from food waste each year.

In the past few years, both the public and private sector have begun taking steps to curb food waste, from grocery stores selling “ugly” produce at a discounted rate to governments setting ambitious reduction targets. In June of this year, a number of private and public institutions teamed up to release the first-ever international protocol for reducing food waste, which seeks to create a universal set of measurements and standards for both governments and private entities wanting to curb the amount of discarded food.