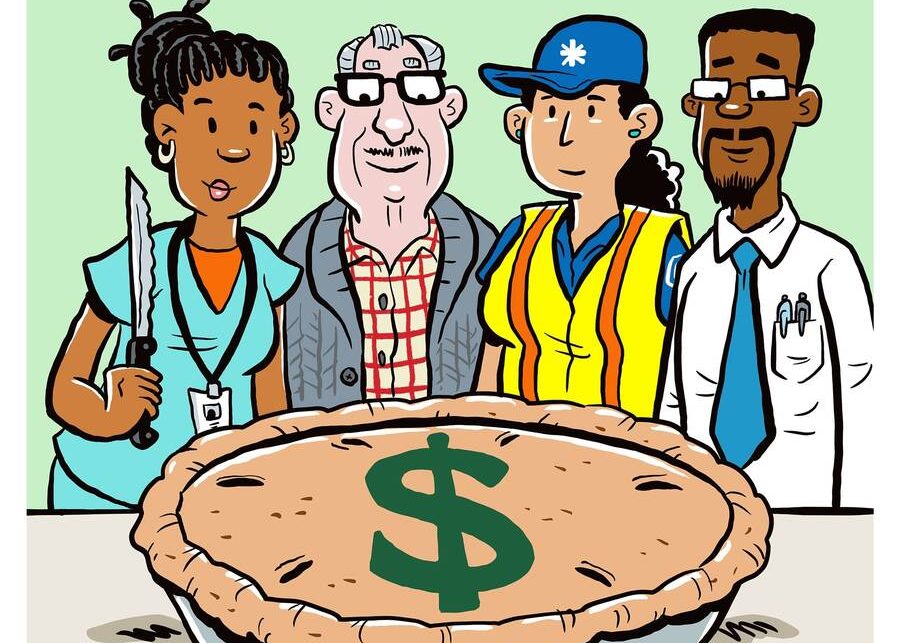 Above image: Studies show there are many benefits to letting local residents make financial decisions for their communities. Terry Laban.

“Ordinary citizens” are perfectly capable of allocating public money wisely. They should be given the power to do so.

1. When local residents decide how public money gets spent

“What is that, ​‘for the people, by the people?’ ​‘By the people’ always seems to be missing in the equation. So this is putting the people back into that equation.”

As in, a ​“listening session” or something?

Nope! You may have experienced government or work-related meetings where decision-makers ​“listen” to (and then promptly disregard) all sorts of information. Instead, participatory budgeting (PB) hands over real decision-making power (regarding real money) to local people.

Where has PB been used?

It all started with the leftist city government in Porto Alegre, Brazil, in 1989, which used participatory budgeting to reduce poverty. Hundreds of cities across Brazil and Latin America have since embraced PB, and it has also shown up in cities in the United States, Canada, India and elsewhere.

Then why haven’t I heard about it?

Porto Alegre’s famous PB experiment put the city’s budget in the hands of its citizens (and included a sophisticated process to ensure broad participation), but more usually, PB has been implemented to make decisions within just a single agency or a local district. And unless robust outreach is built into the process, PB can become the domain of neighborhood busybodies already adept at advocating for themselves through local politics. That could be why it’s not better known!

But PB does have benefits regardless. It’s one way to include people unable to vote in a decision-making process, such as undocumented immigrants and teens. And research shows PB increases voter engagement during formal elections. The process also lifts the veil on public finances, even if just to show how unequal they are.

There’s certainly no guarantee, but generally speaking, yes. Or, they rarely make worse decisions than the existing decision-makers.

According to one study of a U.S. locality with PB, residents allocated more money to schools, streets and housing. The city of Chelsea, Mass., plans to use PB to allocate more than a third of the $40 million it received in federal Covid-19 relief, and it’s not hard to see the potential: Most of us probably have a pretty good idea of what our communities need since the pandemic started: housing, healthcare, child care, violence prevention and so much more.

It’d be nice if the architects of the recovery in cities, towns and school districts would start by asking people what they need, then spend money on those things. But don’t hold your breath.

This is part of ​“The Big Idea,” a monthly series offering brief introductions to progressive theories, policies, tools and strategies that can help us envision a world beyond capitalism. For past In These Times coverage of participatory budgeting, see, ​“A Crash Course in Citizen Budgeting,” ​“A Budget by the People, for the People” and ​“Participatory Budgeting Lets New Yorkers Experiment With Economic Democracy.”