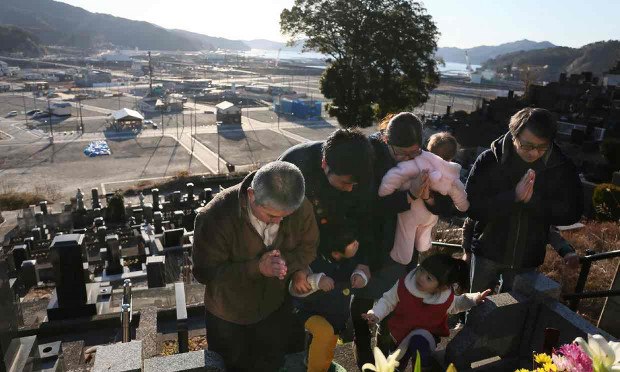 Above Photo: Relatives visit a family grave in Iwate prefecture on the sixth anniversary of the Fukushima meltdown this month. Photograph: Jiji Press/AFP/Getty

A court in Japan has ruled that negligence by the state contributed to the triple meltdown of the Fukushima Daiichi nuclear power plant in March 2011 and awarded significant damages to evacuees.

Although courts have awarded damages arising from the disaster in other cases, Friday’s ruling is the first time the government has been held liable.

The Maebashi district court near Tokyo awarded ¥38.55m (£270,000) to 137 people who were forced to evacuate their homes in the days after three of Fukushima Daiichi’s six reactors suffered a catastrophic meltdown, the worst nuclear disaster since Chernobyl in 1986.

Despite official claims that the size and destructive power of the quake and tsunami were impossible to foresee, the court said the nuclear meltdown could have been prevented.

The ruling said the government should have used its regulatory powers to force the plant’s operator, Tokyo Electric Power (Tepco), who were also held liable, to take adequate preventive measures.

The plaintiffs – comprising forced and “voluntary” evacuees – claimed the government and Tepco could have predicted a tsunami more than 10 metres in height would one day hit the plant.

They based their claim on a 2002 report in which government experts estimated there was a one in five chance of a magnitude-8 earthquake occurring and triggering a powerful tsunami within the next 30 years.

At the time of the disaster, Japan’s nuclear regulator was severely criticised for its collusive ties with the nuclear industry, resulting in the formation of a new watchdog that has imposed stricter criteria for the restart of nuclear reactors that were shut down in the wake of the Fukushima disaster.

Tepco, which faces a ¥21.5tn bill for decommissioning the plant and compensating evacuees, said it would respond after studying the ruling.

The 137 plaintiffs, who are now living in several regions outside of Fukushima, were seeking a total of ¥1.5bn as compensation for emotional distress. 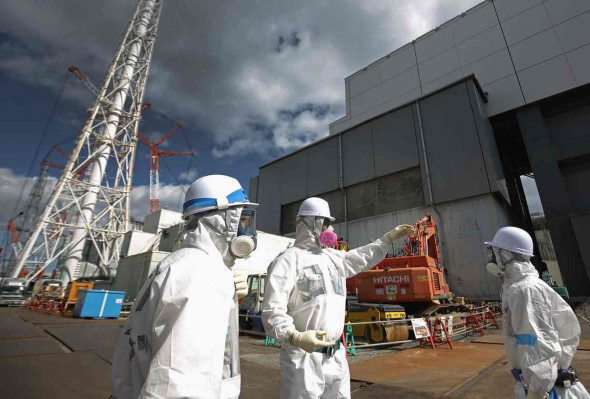 They said the meltdown and resulting evacuation had ruined their livelihoods and caused disruption to their families’ lives, adding that state compensation they had already received was insufficient.

Friday’s ruling is the first of 30 lawsuits to be brought by Fukushima evacuees. Six years after the disaster, tens of thousands of people are still living in nuclear limbo, and many say they will never be able to return home. A small number have moved back to communities where the government has lifted evacuation orders.

The ruling echoed the conclusion reached by an independent parliamentary investigation, which described the Fukushima Daiichi meltdown as a “man-made” disaster caused by poor regulation and collusion between the government, Tepco and the industry’s then watchdog, the nuclear and industrial safety agency.

The report, published in 2012, accused Tepco and the agency of failing to take adequate safety measures, despite evidence that the north-east coast of Japan was susceptible to powerful earthquakes and tsunamis.

“The Fukushima nuclear power plant accident was the result of collusion between the government, the regulators and Tepco, and the lack of governance by said parties,” the report said.

“They effectively betrayed the nation’s right to be safe from nuclear accidents. Therefore, we conclude that the accident was clearly ‘man-made’.”