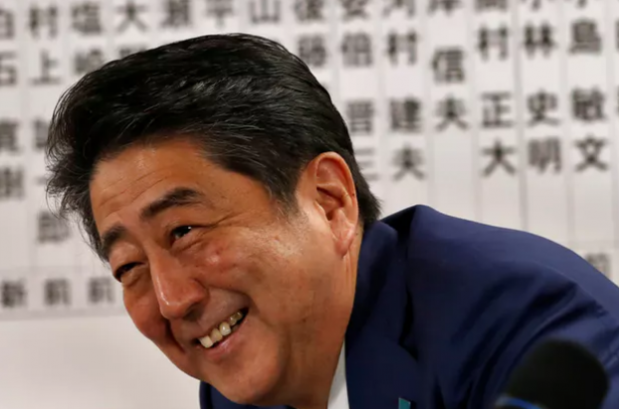 Japanese Prime Minister Shinzo Abe gambled by calling a snap election – and he has won big.

The call for the election came in late September after North Korea had just fired another test missile, with its longest delivery system yet. Over the past months, North Korea has tested six missiles, with each test either falling into the Japan Sea or passing over Japan to land in the Pacific. This latest missile flew over Japan’s northernmost island of Hokkaido before falling into the Pacific Ocean. North Korea’s leader, Kim Jung Un, used strong threats after this missile test, saying that he hoped to see Japan sink into the sea. Abe and his hawkish, conservative coalition have been attempting to rebuild Japan’s military capabilities and to scrap its WWII-era constitution that prohibits aggression.

Based on my research in Japanese politics, I believe the party’s electoral victory spells trouble for peace in Asia.

Abe’s agenda has taken shape in a number of ways. In August, his minister of defense submitted a historic budget request that violates a decades-old unwritten principle. The principle is for Japan’s defense budget to never be larger than 1 percent of GDP. This principle was part of the commitment made after WWII to forever renounce military aggression.

The new budget request is a whopping 5,255 billion yen in military spending (US$48.1 billion) or 2.5 percent of Japan’s GDP for fiscal year 2018. The request includes new land-based missile defense systems to monitor space and provide auto-warnings for missile launches. This technology would assist in detecting potential missile launches from North Korea, and could theoretically intercept them.

In September, the Japanese Navy launched the ship “Myoko” that will patrol the Japan Sea between Japan and Korea. It will guard against potential missile fires by North Korea with anti-missile defense capabilities, identical to those of the U.S. Navy. At the launch, Abe said that the “increasingly severe security environment” posed by North Korea and China must be “squarely faced” by Japan. He referred to the environment awaiting the Myoko’s crew as a “raging sea.”

Many in Japan anticipate the role of Japan’s military will soon change to respond to North Korea. Increasing military spending in the budget now may lead to future increases and spending on more offensive weapons. For example, two years ago, Japan and the U.S. renegotiated their security alliance. Japan agreed to come to the aid of its most important ally if the U.S. or one of its allies were to come under attack. A discussion on changing the Japanese Constitution’s WWII prohibition of aggression is likely to be revived.

The requested increase in military spending in August had an immediate effect on the region and possibilities for peaceful relations.

A spokesperson for China’s Ministry of Foreign Affairs noted China’s concern over the new plan and accused Japan of inflating the threat posed by China in order to take a more offensive stance in Asia.

The relationship between China and Japan is already tense. The two nations are engaged in a dispute over the Senkaku Diaoyutai islands in the East China Sea. This disagreement flared up last summer when China stepped up military activity near the islands. Then in February, President Trump reaffirmed the U.S. commitment to come to Japan’s aid with conventional and nuclear weapons in a statement signed by both leaders.

Abe’s victory confirms that Japanese people take these threats seriously. Their fears may play into a developing brinksmanship between Japan and North Korea that could, in my opinion, implicate the United States.

Trump will visit Asia in November, and his stay in Japan includes a visit with Japanese who were abducted by North Korea during the 1970s and ‘80s. Doing so may open old wounds with North Korea – the stories of abduction provoke strong feelings for the Japanese people who will be reminded of North Korea’s past offenses. Prospects for peaceful resolution with North Korea are becoming more slim, strengthening Abe’s case for building out Japan’s offensive capabilities.